Here are two interesting points: electric motors are inherently more efficient (and simpler) than internal combustion engines (ICE), and it is far easier to produce green electrons than it is to produce green gallons of liquid fuel. Both augur well for an increasingly electrified transportation system.

The first point is incontrovertible: electric motors can easily reach an energy conversion efficiency of 90%, while ICE's have an efficiency of around 20%. Simply put, that means that for a given unit of energy, an electric motor will produce more power. What's more, electric drive trains are far simpler, requiring 1/10th as many parts as a gas car (no spark plugs, fuel tank, transmission, muffler, etc.). 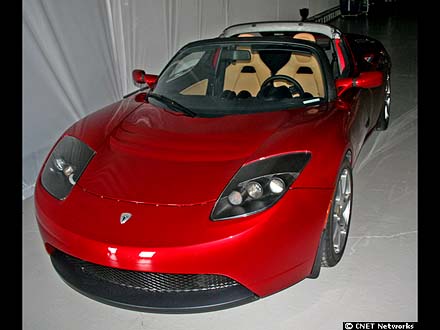 The second point, however, is less obvious. Politicians, venture capitalists and even automakers and oil companies have placed their bets on biofuels to both lower greenhouse gas (GHG) emissions and wean America off foreign oil. Unfortunately, so-called advanced biofuels, such as cellulosic ethanol, have yet to be made commercially available, and first-generation biofuels like corn-based ethanol have shown only modest GHG benefits, while contributing to significant social unrest and pollution of land and water. All this had led the European Union to ban the import of some biofuel crops. But the biggest drawback with biofuels is that they rely on biomass, a resource that is limited and competes with other uses (food, compost, etc).

Creating green electrons can be done without creating social and environmental problems. For one thing, there are so many clean ways to produce electricity, and unlike land or oil wells, no one owns the sun. Aside from the well known solar photovoltaics (PV) and wind turbines, there are also solar concentrating plants, solar towers, geothermal plants, and wave energy plants, to name a few examples. A recent article in Scientific American titled 'A Grand Plan for Solar' showed how much of America's power needs could be met with massive solar PV and solar concentrating plants in the Southwest, as well as decentralized solar power plants scattered throughout the country. Provided that we make a tremendous investment in energy infrastructure to bring the power from where it is produced to where it is needed (something we need to do anyway), there is no reason why we cannot power our homes, businesses and vehicles with the same clean fuel: electricity.

So what will the future of transportation look like? Most likely, we will see lots of plug-in hybrid type vehicles until the cost and weight of battery packs comes down more. These vehicles can go 40 miles or more on a battery pack, at which point the car returns to performing like a normal hybrid. This is the technology behind the Chevy Volt, as well as the Aptera Typ-1, and we can expect to see it in everything from buses, to trains to delivery trucks. And if another alternative fuel--say, hydrogen or advanced biofuels--comes to prominence, it can easily be paired with an electric motor to power the vehicle. Finally, Israel has begun investing heavily in the infrastructure and partnerships needed to put 100,000 electric cars on Israeli roads by the end of 2010.

$4 a gallon gasoline is severely impacting our economy, and carbon emissions from dirty power plants and transportation are rising. Switching to a renewably-powered, electrified transportation system can cost-effectively free us from global oil markets, slash emissions, create quieter roadways, and encourage the kind of clean energy investments that we desperately need.