Recently a Department of Justice Report stated that the now, well-known municipality of Ferguson, MO in St. Louis, MO, was using traffic tickets to provide for a substantial amount of the city's revenue. In addition to this being a substantial revenue stream, it was noted that Ferguson was discriminately targeting African-Americans in their community.

Also recently, we've been seeing a lot about autonomous cars being in development by major tech and car companies such as Google, Nissan, and Mercedes. In all the implementations of the autonomous cars, they will allow the driver to just watch as the car controls everything from highway and city driving to parallel parking, all while maintaining a highly regulated driving speed.

Let's put some focus on simply the driving speed now. According to data from StatisticBrain.com, there about 41 Million speeding tickets issued each year on average. At an average fine of $152 per ticket, that equates to about $6.2 Billion in revenue nationwide from Traffic Tickets alone.

Having a fully autonomous car, as they've been reported, will effectively reduce the need for speeding tickets to ever be used again.

So let's say by the year 2060, 90 percent of the cars in the United States were fully autonomous, this leaves the total revenue from speeding tickets to almost $632 Million. On it's face, that's a 90 percent decrease in revenue from speeding violation income for state municipalities. As of 2014, the current average income per U.S. Police officer is $300,000 per year on speeding tickets, and if followed the same assumption as listed above, we're looking at about officers only bringing in $30,000 annually.

These numbers are only based on the revenue generated by traffic stops that convert to speeding tickets. They do not include your other moving and non-moving violations, such as those obtained by parking meters, stop signs and red lights, or even blown-headlights. 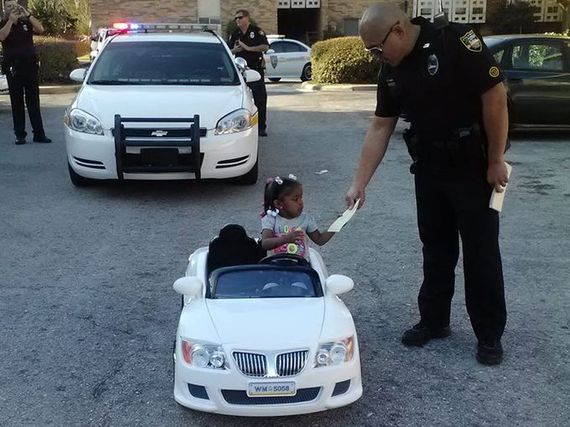 At such a substantial decrease in income per officer, I expect that the amount of officer's a small municipality could afford will also decrease substantially. As a result, either the size of local police forces will decrease or local police departments will become bankrupt from high operational costs and decreased revenue from non-tax income.

So here's my question: As a result of autonomous cars, are we going to see more state-centralized policing, or will see local municipalities finding other reasons to fine and ticket their citizens? Will we see a higher level of scrutinization on what today are lesser-fined violations?

Tell me your thoughts, and don't forget to share.