When Isaac Asimov penned the "Three Laws of Robotics" for a short story, it's safe to say he never imagined they would persist as guiding principles in the real world 75 years later.

And as a writer, I'll cop to no small degree of jealousy for that kind of lasting impact. But I think we can all agree that relying on the wisdom of a past era isn't exactly the savviest way to conceive the technologies of our future.

We find ourselves undergoing a new-reality renaissance, at the onset of what I call the "Era of Plureality." Virtual, augmented, and mediated/mixed realities -- as well as artificial intelligence -- are only just beginning to enter our lives in a meaningful way. But as they continue to develop and converge, they will come to change the fundamental nature of what life is. 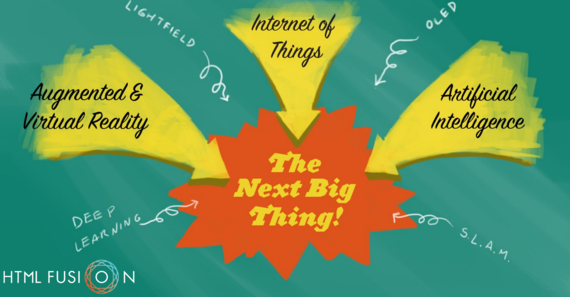 These are the most powerful technologies in human history -- ones that can be used equally as tools or weapons. And how we develop them now, in the early days, will determine the foundation from which they grow into whatever it is they're going to become. We can't go back and fix faulty parameters once they've been locked in place. But don't take my word for it; Jaron Lanier, the father of virtual reality, wrote a whole book on the subject.

Seems like it'd be a good idea to establish a set of principles to guide how we develop these technologies, right?

Dr. Steve Mann has spent 42 years in wearable augmented reality, so he's understandably known as the "father of wearable computing." He's also the Chief Scientist for Meta, General Chair of the IEEE International Symposium on Technology and Society, and Founder of the Wearable Computing project at MIT.

As something of an expert in the power of augmentation, Mann has been developing the "Code of Ethics on Human Augmentation" for 12 years. He kicked off the inaugural VRTO with a keynote presenting the ideas that inform the code.

"We're entering a pivotal era of existential technology of self-determination and mastery over our own destiny," said Mann. "Yet previous work on human-machine interaction has totally missed an important concept, namely the distinction of the two kinds of users of technology: what I call 'usees' (or the 'used') and 'usors.' More important than the 'digital divide' is the 'veillance divide,' i.e. between usees (augmentees) and usors (augmentors) in human augmentation. So the Code sets forth parameters of those who design, build, and install, and run the augmentation tech, and those that are affected by it through no choice of their own."

The Code of Ethics on Human Augmentation, CVPR 2016 June 26 - July 1 from Steve Mann on Vimeo.

After the keynote, there was a panel discussion, a follow-up Q&A, and then a town hall meeting to amend, clarify, and ultimately ratify the code. And following some fierce discussion, ratified it was. 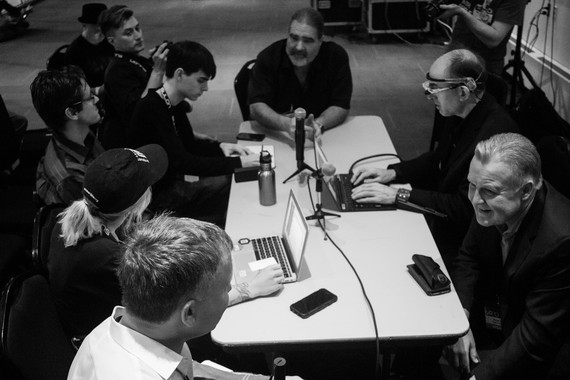 i.) the right to know when and how you are being monitored in the real and virtual world;

ii.) the right to monitor the systems or people monitoring you and use that information in crafting your own digital identity;

iii.) the user should be able to understand the world they are in immediately - feedback delayed is feedback denied

The "Toronto Code" was written as a "living document," which means it was designed to be discussed and amended as we learn more and encounter all the complications and nuances that will emerge in the coming years.

"The next step is to finalize the draft of the more universal version of the Code," said Mann. "Note that the 3 laws of the Toronto Code were just 3 of 16 laws, arranged in a 3 by 3 matrix, with marginals (3+3) and total (1), leading to 16 Laws, of which we feel the sensory code is the most important."

To that end, CFC Chief Digital Officer Ana Serrano has spearheaded the creation of the Human Augmentation Consortium.

"Its role is to shepherd the sharing, distribution, ratification, presentation and adoption of this code around the world, and encourage like-minded individuals and organizations to add to its evolution," said Serrano. "I think a lot of people from diverse parts of the AR/VR ecosystem -- from technologists to academics, from marketers to financiers, from consumers to creators/artists -- all know that a 'Code of Ethics' of sorts is going to be an important part of this industry and/or this society that is increasingly becoming augmented by technologies. The problem is where to start. I think THIS particular Code of Ethics and the Human Augmentation Consortium that has been launched to drive its adoption is CRITICAL because it has been informed by a person (and the people with whom he has opened up his experience, namely his students and collaborators) who have lived their lives more augmented by technology than most citizen/consumers. This first-hand knowledge about what such experience is like makes the Code of Ethics of Human Augmentation we ratified together authentic and real."

So what can you do about all this?

"We are currently creating the processes for participation," said Serrano. "But right now, the most important thing we ask the public to do is to read it, share it widely, provide comments and feedback and soon we will be able to share with you how your feedback will be integrated into the evolution of this document."

This is an incredible moment in history, and we have the chance to shape the future into one we'll really want.