At a recent conference a utility CEO suggested that (like Mark Twain) 'the reports of my company's death are exaggerated'. Most people in the audience, also utility industry executives, laughed. I believe they laughed prematurely...

Three things have happened in in the last few months at the layers of the industry (infrastructure, technology and customer layers) that make me believe that the pace of the change going on within the industry is accelerating. Taken separately they are not insignificant. Taken together, from a systems perspective, they are signs of a seismic (pardon the pun) power shift. The three things 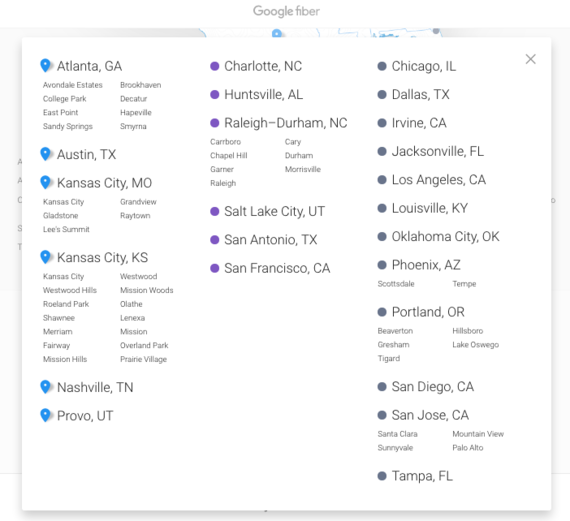 What am I suggesting here? That the old technology for distributing electricity, transmission wires/lines, might soon lose its place as the only channel. I'm suggesting that disruption is also happening at the level where the utility continued to charge rent (you and I continue to pay the utility for power moving over transmission lines even in deregulated states like Texas where you can buy electricity from alternative suppliers). That should be scary for those laughing executives from the conference I mentioned above. But the smiles are truly about to be wiped off when we consider the customer layer of the industry.

Granted these are experiments, especially the fibre research and Tesla/SolarCity story, but some of these experiments will succeed. The time between WorldCom building all the infrastructure that laid the groundwork for the high-speed internet we know today and the computer-in-every-pocket-world we have now is a mere 13 years. The infrastructure of landlines (analogous to the infrastructure of the centralized grid) and the steady uni-directional business model (you use the phone and you pay a fee) have given way to free phone calls to my childhood friends in Lagos over WhatsApp. In 13 years business models have been upended. Financial cycles tend to be between 7-9 years so it's taken about two cycles for phone service provider business models to change. This power shift in the utility industry started roughly around a cycle and a half ago (2006). As the infrastructure layer becomes more distributed, the technology layer becomes more fluid and the customers pay more attention to

This power shift in the utility industry started roughly around a cycle and a half ago (2006). As the infrastructure layer becomes more distributed, the technology layer becomes more fluid and the customers pay more attention to brand at a pace that the utility has up until now never had to deal with. Business models will be forever changed and new utility companies will arise.We'll see who will be laughing then...