While public health and concern seems to be trendy and the eye of future businesses set not only on women-powered companies, it seems there is something even more special about women led companies focusing on the health space. But leading women are no longer a cliché, our own first lady Michelle Obama clearly won the Twitter hearts this week.

So why do we care about public health? Public health in the U.S. is a huge issue. Trying to be healthy, staying healthy, and continuing to be health. Why do women matter? Because they (we) are building bigger and better companies than ever imaginable.

In this second part of a three part series we are going to examine some of the driving forces and have female leaders share, hear their thoughts, and track their stories.

Meet the Honey Beaver
Starting recently female founders have been referring to themselves as "Honey Beavers" Honey Beavers are a play on the 'Honey Badger' concept of "not caring" and doing what it takes to be successful. First a tech meme as a video back in early 2011 the cultural concept was adopted by many entrepreneurial groups for the tenacity of the Honey Badger. I asked a female founder who chose to remain anonymous what a honey beaver is, "The honey beaver is a female founder that is just as persistent as a Honey Badger, that just doesn't, well, care." And why should anyone care if they are changing public health forever? Isn't that the true definition of a "founder"? 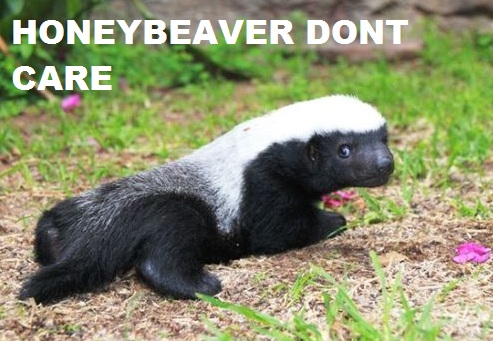 Honey Beaver Don't Care
There are of course executive women who choose to take an even harder path: playing in a man's corporate world. The "Squeeky wheel theory" doesn't necessarily apply "Perhaps it's not that women don't ask--but that men don't have to." Nancy Carter and Christine Silva told the Huffington Post last year. Pink Ghetto claims aside, the list of highest paid CEOs each year has more and more women.

In regards to public health there are at least seven women in health looking to change the world and odds are they all will.

And while a group of honeybeavers focus on health, there are startup groups and incubators like RockHealth dedicated solely to funding, accelerating and creating an ecosystem where health focused startups get the support that they need to thrive in competitive space.

Why Health Is Important
One in four Americans this year will be affected by food poisoning this year. Forty percent of Americans adults under 65 have a problem paying medical debt or bills in the past 12 months and 60% of bankruptcies in America are primarily due to medical bills. Think our health isn't important yet? Think about the economic impacts lack of medical coverage or under-coverage causes the economy, "That's why we started CakeHealth" Rebecca Woodcock of CakeHealth says, "We want people to not only understand their health insurance but understand how to organize it. Simply being covered isn't enough, being organized is over half the battle. We make that easy."

But Woodcock isn't simply running Cakehealth, a startup dedicated to helping you organize and maximize benefits of your medical bills, she's trying to change the way patients interact with health access, "Health should not be about billing, it should be about access to information which is why we help make billing, the worst part, easier for consumers."

Health and Rising Above
With all the new energy directed towards politics and health its no surprise that its female founders looking to pave a new space. When we look at birth rates, infections, genetics, and the future of health it all ties back to the women having the next generation. What about if a female is building the infrastructure for the next generation, "I think what is different now, is that you not only have powerful female leading business and economy, but the legislation around what happens in the home. This is a good thing, imagine if the world was ran by CEOs... female CEO's." Leslie Bradshaw of Jess3 comments, "Its not a matter of quantity but quality, I'm excited."