The G7 Summit in Shima, Japan, is the first occasion for the G7 Heads of States to gather since the Paris Agreement was agreed upon last December. One would expect affirmation of the Agreement, particularly given how prominent climate and energy is on the official G7 agenda.

Clearly, the aggregated commitments are not in line with the 2C target, a temperature rise no longer considered safe, let alone 1.5C. So it is incumbent for the key world forum of the major economies to deal with the ambition void rather than just celebrate what was accomplished.

While the G7 Summit is very unlikely to usher in any big new initiative in the climate arena, the rapid and serious deterioration of planetary conditions, as exemplified by the bush fires in Alberta and record temperatures in India, makes the necessity to stay under a 1.5C rise a moral issue. The G7 generally boasts of highly moral and humane values so they are duty-bound to take up the issue of a safe climate. 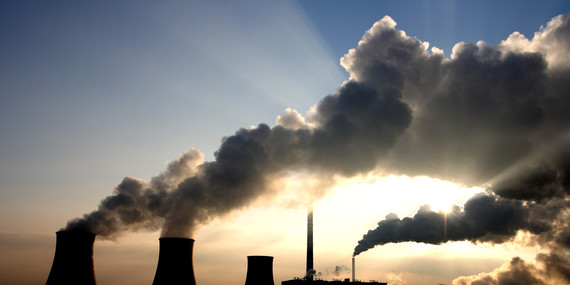 As a pro-renewables and anti-nuclear advocate, the legacy of the Fukushima disaster provides a ray of hope for more sustainable energy options. Yet Japan is a climate laggard, for one main reason - coal.

Coal sullies both the atmosphere and Japan's reputation. Japan not only plans to build 49 plants, it is the largest financier of coal overseas. According to press reports, coal is not going to be discussed at the G7 this year because Japanese officials maneuvered successfully against it. Why then is Japan Inc. so addicted to coal? It is because their so-called high efficiency and low emissions (HELE) coal is simply the pride of "Corporate Japan". It is an important export item. Japan sells coal technology by claiming that energy-poor developing countries want it.

Yet the justifications are fundamentally flawed. Firstly, energy consultants, Ecofys, have proven that even the highest efficiency coal is not compatible with limiting the temperature to 2C. Secondly, the experience of international faith-based and development groups demonstrates that coal is not a solution to energy poverty. Thirdly, coal causes widespread deaths - recent Greenpeace analysis warns that 10,000 Japanese will die prematurely if all the planned coal plants are built. 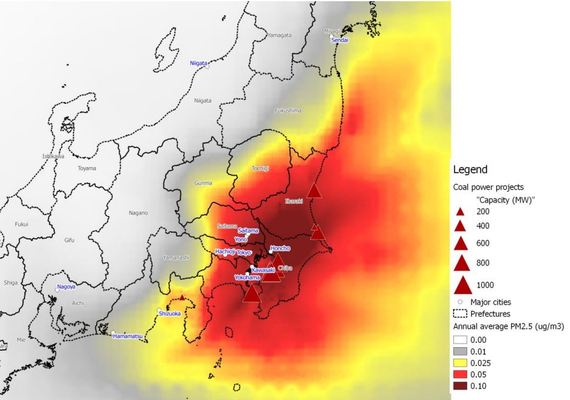 Few Japanese are aware of these threats as the shadow of Fukushima has stigmatized nuclear but not the lethal coal industry.

This is all the more reason why other G7 countries, which are moving away from coal, must affirm the Paris Agreement as an initial tool to realize the decarbonization of our energy system. A net-zero path must deal with coal head-on.

The University of Oxford recently published a remarkable new report showing that Japan is set to lose tens of billions in 'stranded assets' if the coal plans move ahead. In my mind, the Oxford study paints a juxtaposed picture of Japan versus the US. In the US, Obama is taking leadership by spearheading the shift from coal to renewables and thereby reducing possible stranding risks of coal assets of US companies. We don't have Obama's leadership here as our Prime Minister has got his coal technology peddling plan which would only increase stranding risks of coal assets in both Japan and foreign countries. 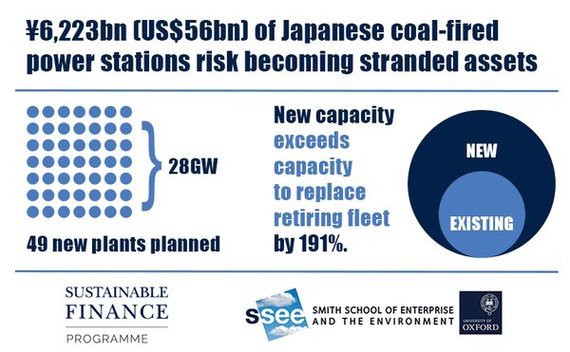 The Oxford study is also a wake-up call for Japanese energy companies to start a new business approach based on their own judgements about the value of their assets.