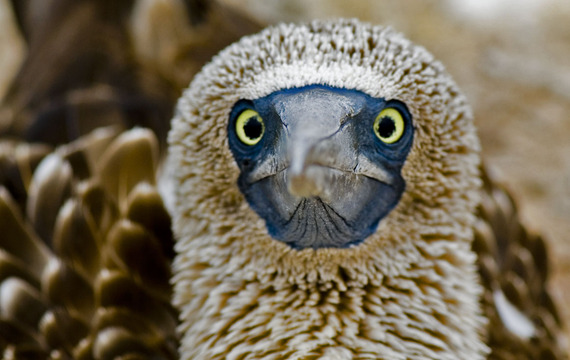 The name evokes a faraway place where Nature exists in an almost pure form, described by 19th century gentlemen naturalists and explorers and raised to an almost mythological status by Charles Darwin whose research and observations there provoked his great contribution to natural science, natural selection and the origin of the species. I have read about the Galapagos since I was a child, and recently had the extraordinary opportunity to visit and see for myself.

The islands are definitely a place unlike almost any other. Unique as a desiccated, windswept environment where only certain animal and plant species can survive, isolated from the continental land by almost 1,000 miles of ocean. Much of what Darwin encountered is still there, although in much diminished number. That realization was surprising, a reflection of my failure to connect what I know about other places around the world where climate, acidification, and consequential other forces have brought other species to crisis. Why, indeed, would I think the Galapagos would be immune from those circumstances? Why would I not understand that the very forces--the currents, cycle of nutrients, and weather events that created the natural conditions found by Darwin--would be equally affected by modern conditions, bringing instead toxic materials, diminished nutrient supply, and changing temperatures that would impact and challenge the plants and animals that had survived there for centuries?

For that, indeed, was what I found - the penguin population reduced from thousands to hundreds, the flamingo populations from thousands to less than 100 nesting pairs. True, the iguanas were there in varied number and per-historic hues, and the birds, so many birds that I had not seen before. The Galapagos remain a hard place, sharp lava, cacti with unexpected blossoms, giant tortoises in the uplands, and sea turtles rising to the surface along the mangrove edges.

The Galapagos merit the UNESCO World Heritage designation as a last place, untouched mostly by the built monuments and other human interventions. They are a conserved environment, managed dutifully by an administration that regulates what comes and goes, the number and accessibility of the tourist vessels, the times and pathways that a visitor must follow to protect this natural world from discarded trash and plastic, human waste, and wandering visitors who have no idea what can be destroyed by their curiosity, myself included. From what I could see, the rules were effective, there for a reason, and my leaving without a residual consequence was devoutly to be wished.

And supported. It is true that the Islands, and Ecuador, derive a large part of their foreign currency from visitors in search of last places. There is the associated employment of some residents yes, there is the usual need for education and vocational training for local services; and there is the question of how much of the finance derived from this industry is returned to the island communities or to the park for continuing or increased benefit.

Many large conservation organizations are present, with special research programs, signs and flags flying from storefronts and tour boats. And yet, the Park funding seems always in question, lack of resources from the larger national budget, and the Darwin Center, the one locally based and operated research institute, an obvious contributor to local employment and education, seems everywhere half-completed - half done. The information center, the display areas, and the informative signage, all under construction or yet to come, a revealing reality that condemns both government and those international organizations that do independent science, take it away, and use their access to promote travel programs and fund-raising back home.

On return, in an exchange with the newly appointed director of the Darwin Center, we began to discuss how the World Ocean Observatory might serve as a conduit for grants and contributions from environmental funders abroad in support of tangible objectives toward their strategic plan. What can we do to assure that the Galapagos Islands remain a place for Nature in as pure a form as possible as both symbol and reality of our future commitment to the world ocean?

Peter Neill is author of the recently released "The Once and Future Ocean: Notes Toward a New Hydraulic Society" now available through Amazon.com, IPG.com, and through your favorite local bookseller.