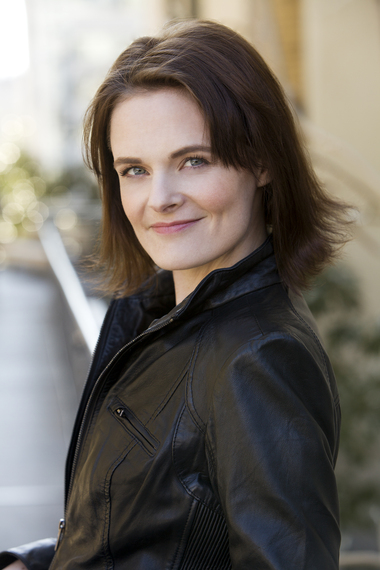 Hester Young received a Master's degree in English with a Creative Writing emphasis from the University of Hawaii. Her short stories have been published in various literary magazines. Before becoming a full-time writer, she was a teacher in Arizona and New Hampshire.

The Gates of Evangeline, Hester's debut novel, introduces Charlotte (Charlie) Cates, a divorced magazine editor struggling to come to terms with the death of her preschool son, Keegan. Still in mourning, Charlie begins dreaming of children in danger. At first, these seem to be no more than the dreams of a bereaved mother, but she soon realizes these night visions involve much more.

Charlotte accepts an assignment to write a true-crime book about a missing child case, unsolved for 30 years: the disappearance of then 3-year old Gabriel Deveau from Evangeline, a plantation-era estate in Chicory, Louisiana. Arriving at Evangeline, Charlotte probes the case and learns the family's failing matriarch, Hettie Deveau, may have the key to unlocking family secrets about the tragedy. Exploring the mystery, Charlotte begins uncovering long-buried secrets about love, money, betrayal and murder.

The Gates of Evangeline has been described as literary suspense, Southern Gothic, a mystery, a mystical novel, and a romance. How would you classify the novel?
As a writer, I really wouldn't classify it. I sat down and wrote the story I wanted to tell. I understand for marketing purposes, one needs these classifications, but I let the experts handle that. I enjoy reading many genres, and think some of these influences crept into the novel which may explain why different labels have been applied to it.

You wrote the novel using the first person, present tense. What made you choose this storytelling technique?
In suspense novels, the feeling of things happening in the moment is very helpful in creating a more engaging story. It really sucks the reader into the mystery as it's unfolding. And, a first person narrative is one I prefer because the reader gets to inhabit the character in a very personal way. It's what I love to read, and is my favorite way to write.

One could describe the novel as, among other things, an examination of a mother's grief and the road to recovery. Was there anything in your life that made you focus on this element of a plotline?
The idea of a grieving mother who has dark, premonitory dreams came directly from my grandmother. In 1956, she began having a recurring nightmare about her own four year old son. In the nightmare, she would be looking out the window and see something fall from the floor above. She screamed 'Bobby.' In the dream, she would run outside, but see nothing other than a smashed melon on the ground. This dream disturbed her.

One day, in her real life, she left Bobby in the care of her parents, and somehow, a window was left open, and Bobby fell out. The story she told me is that when she got to the hospital, the doctor was describing Bobby's fatal injury, by saying Bobby's head had been 'crushed like a melon.'

Shortly after his death, my grandmother woke up in the middle of the night and saw Bobby standing there. He told her, 'I'm okay now, Mom. It's all right.' She went back to sleep with a feeling of peace.

That story very much influenced my characters and was partly the genesis of the paranormal theme of children visiting Charlie in her dreams.

How old were you when you learned of this?
From the time I was very young, I knew my father's brother had died this way, but I didn't hear the story of my grandmother's dream until I was in my early twenties.

So, hearing the story of the dream affected you deeply?
It stayed in my head, for sure.
I've had some odd dreams of my own, but nothing of that caliber. But yes, as family stories go, it's a pretty dark one, and it stayed with me.

I was close to my grandmother, and the story of the dream had been bubbling in my head for a while before it came out in the form of this novel.

The language in The Gates of Evangeline is quite lyrical. Who are your literary influences?
I can tell you some of the writers I loved reading as a kid, but I have no idea who's turning up in my own style.

In the fifth grade, my favorite writers were Steven King and Lois Duncan. Then, I moved on to Agatha Christie and Thomas Harris. In college, I read Angela Carter's works of feminist magical realism. Now, I really enjoy novels by Tana French.

In the novel, you capture Louisiana vernacular beautifully. How did you master it with such authenticity?
I love linguistics and phonology--the study of sound and speech patterns. I have a voice that tends to echo whomever I'm talking with. I took several research trips to Louisiana and hung around Cajun country, listening and talking to people. Louisiana has a wonderfully diverse linguistic mixture.

I also read phonological papers about the features of Cajun dialect.

I understand The Gates of Evangeline is the first in what will be a trilogy. Tell us about that.
When I finished the first book, I realized it worked as a standalone novel, but I also felt Charlie's gift could lead her to other interesting adventures. My editor was very excited about the idea of a series. The concept behind the trilogy is that each book will take place in a unique geographic setting in the United States, where the location will function like a character. So, the first one has a distinctive setting in Louisiana. The second one is set in the American Southwest and the third will probably be in Hawaii.

Will each one have a premonitory dream or vision leading Charlie on a quest?
Yes. Each one will involve a dream and a child in danger. She's a journalist, which allows her a great deal of geographic flexibility.

This is your first published novel. Has anything surprised you about the writing life?
What surprises me, and what I'm enjoying while being on a book tour right now, is how much people are willing to open up to me. I hear so many interesting stories at events. People share intimate details of their lives, particularly since this book has elements that are almost like a ghost story. I've heard fascinating tales of ghost stories and premonitory dreams.

Congratulations on penning The Gates of Evangeline, a novel described by Reed Farrel Coleman as "a stunning debut novel. A lyrical, haunting, heart-wrenching work of suspense with echoes of du Maurier, Hitchcock, and King."