Before the invention of the 'gbf', the creation of the rainbow profile picture and the addition of big brand sponsorship at pride events, gay people were alone. Well perhaps not alone, there has always been A's in LGTBQIA crowds, but in terms of really caring about the fight for gay rights, it's only very recently become a mainstream interest. Once upon a time, gay people had to organize and fight for themselves. Between that movement towards equality, and a need to be with people like themselves in order to feel safe and accepted, a gay community was formed. The question we have now: if we have removed the necessity to unite, is the gay community going to die? 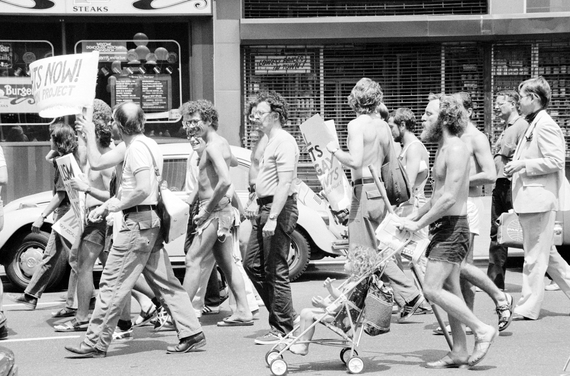 Many young gay people in most western cultures don't have that same need to self-segregate. We don't have to go to gay bars to meet partners, we don't need shady spots to have sexual experiences, and we don't need an outlet where we can feel ourselves because for the most part we can be ourselves everywhere we choose to be. That is not true for all people all the time, but it's getting better every day, so as we start to negate the need for a community, we now need to think about who is going to remember the world before this one.

Unlike other communities, gay people enter their community alone. It is not an inherited inevitability in the way national ties, race or religion bind people together, and our parents probably aren't a part of it, so nothing is handed down. We have no cross-generational ties, no blood connection, no genetic links and no shared spirituality, and we don't really even have shared heritage and culture. We do have shared history, but if current and future generations feel detached from that history because there is no tangible link and nobody to teach them, it will eventually be forgotten.

For me, the most notable detachment I have with the men who came before me relates to the AIDS crisis of the 1980s and 90s. Victim blaming was so strong in the aftermath of the crisis that we never really treated it as the atrocity that it was considering how many lives it took. Born at the end of '88, I was too young to know what was happening at the time, and because it didn't affect my family, it's not something I have a connection to. Despite the still existing link many have between AIDS and gay men, I struggle to truly understand. I can try to identify with the men who died, and I can watch Philadelphia as many times as I like, but because there is nobody in my life who lived through it and really saw it, it's a hard thing to relate to. If I struggle at 26 to really grasp the reality of it, how are the next generation going to get it, and frankly what reason will they have to care? Other communities pass down tragedy to generations below them by way of commemoration, nobody is going to do that for those men. 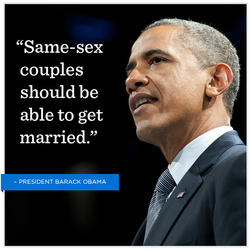 We don't talk enough about the struggles the gay community have been through. It makes perfect business sense for Google and Coke and all the others to show support for the gay equality movement in 2015, but for a very long time that would not have been the case. Even Obama himself, now a huge advocate on issues like equal marriage, campaigned with a very clear position - I'm not intolerant but I am understanding of your prejudice views. He wouldn't have worded it like that, but that is what it was. We focus so much on how far we have come, and the movement has been hijacked by all sorts of unconnected parties, but we owe it to those who started the fight to remember them and their struggle.

The history of gay rights isn't really on the agenda. We don't talk about it in schools, and we don't really reflect all that much on what happened. In the media we talk about politics, but we don't talk about lived experiences, and that is why a gay community is important. It remembers where it comes from, and holds respect for men and women who could easily be forgotten - another dead sexual deviant from 1986, another faceless person who fought so I can go out on a Saturday night to the bar of my choosing, or get married, or do all the other totally normal things I can now do. Nobody who fought that fight should be nameless, and while I don't have any desire to regress to the life they had to live, I do hope I can find a place in a community that keeps them in mind.