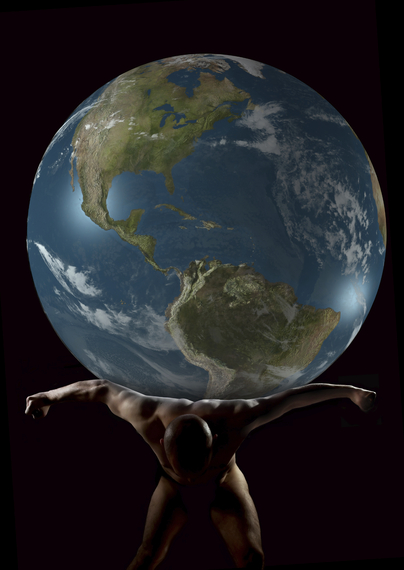 Remember high school? Remember all the pain and angst of being a teenager and going through the process of puberty, making friends, developing crushes, and dating? Add on top of that the feeling that you may be a little different and experiences crushes that are not the same as everybody else's and your world can come crashing down around you.

I remember the first crush I had on a boy at the age of 14 and realizing pretty quickly that I wasn't allowed to speak about this openly, even to my closest friends. There was a loud and clear message that the feelings I had were taboo and that I had to keep my vivid fantasies to myself. No one could know about my dream of spending a weekend in the mountains, sleeping in a tent in the arms of my beautiful and perfect man crush. No one could know I was gay.

This shame based feeling of not conforming to the heterosexual norm is a strong developmental experience that many gay men share going through. These same men find that this sense of being different, of being less than, often follows them into their adult life.

As a gay man growing up in a heterocentric world, it can be challenging to create a strong sense of yourself and your place in the world, especially when you are going through this all important teen growth phase holding on to a shameful secret. That feeling can last far beyond the teen years and affect you for a lifetime. Because the world seems so incredibly straight, being gay can feel less than perfect.

I sometimes call this the gay deficit, a feeling that we as gay men have to over perform, out do, and live up to a higher expectation just to prove our worth as gay people to the straight world around us. This feeling of being even slightly less than can affect our self image and becomes a pervasive task master that drives to try harder and do better to be viewed as "normal".

This pressure to make up for a perceived deficit can be exhausting. It can lead us to go into overdrive by working harder and living life with a constant sense of being watched and judged. This feeling can play tricks with our psyche and push us even harder to prove to the straight world that we are just as valuable as they are. This can manifest in working longer hours, overdoing it at the gym, and trying to overcompensate for this perceived deficit. This feeling is also a gateway for depressions, anxiety, and low self-esteem to move into our minds as well as a desire to escape and bury ourselves in drugs, alcohol and sex.

What's interesting is that even today, there is a pervasive message that is broadcast throughout the heterocentric majority construct that gays are less than. Whether it is a television preacher condemning our lifestyle, blaming us for the tearing apart the moral fabric of society, or a legislator proposing laws to shame and chastise us, this message can still weaken the resolve and self-esteem of the most well adjusted and self-aware gay man. My personal favorite is when I as a gay man am told that my lack of morality has caused the latest earthquake, hurricane, or natural disaster as a form of religious retribution.

It's important for us gay men to not fall prey to this message and to be vigilant in our personal self care and wisdom. The urge to overdo and over compensate can lead to exhaustion, depression, anxiety and low self-esteem. Rather than responding to the deficit message with a flight, fight, or freeze mentality, it is important to find authentic places of support that allow us to stay in touch with the value and strength we bring into the world.

Take inventory of your life experience thus far and notice all that you have brought into the world just by being you. Your accomplishments may be large, middling or minor, but be aware if you are viewing them through a lens created by the gay deficit feeling that may be part of your psyche. Removing this skewed lens may help you to feel more fulfilled and successful without having to always having to be in overdrive.

Celebrate the uniqueness of who you are and bring that support to others in your circle of friendships, as well as your community. A message of strength creates support for all gay men wherever they may be in their personal journey. I encourage you to release the yoke of heterocenctric values and judgments and get in touch with the complete uniqueness of who you are. Finding this value releases the pressure to appear a certain way, lessens the drive to fill a deficit based self image, and creates room for you to enjoy your life as a fully realized gay man.