The next rocket escalation will be wrongly legitimized by events like this Gaza Flotilla just as the second intifada full of suicide bombings on public buses was legitimized by a mere visit to the Jewish Temple Mount by Ariel Sharon in 2000.

Sitting in Sderot today, a working day, is quieter than Shabbat. No one is walking around outside as an entire population fears bombardment by now more publicly legitimized rockets. According to Sderot's Security office, no schoolchildren were allowed outside today as the city fears imminent attack. 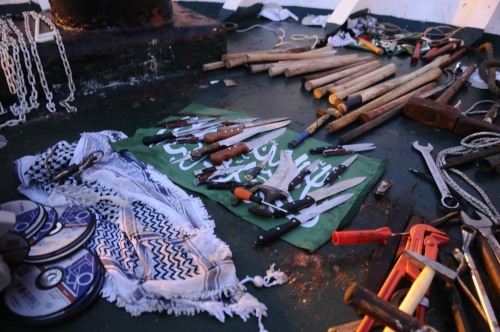 This Gaza Flotilla event is not at all what is seems. According to an Israeli Channel 2 reporter found with the Israeli soldiers, the attackers commandeered the soldiers' weapons, while live firing at Israeli soldiers shot their own people on the boat, and threw the weapons overboard. These supposed humanitarian activists shot their own people to hurt Israel in the international arena, just as Hamas blew up their own captive people in Gaza buildings during Operation Cast Lead. 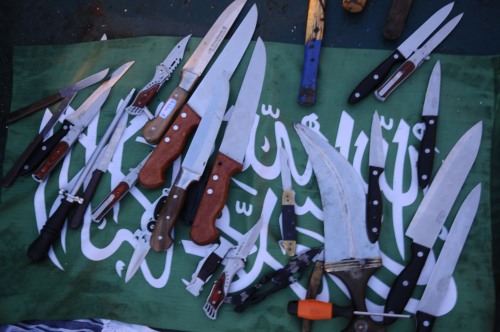 There was nothing peaceful about these internationals as they did not adhere to multiple warnings and continued breaking international law, crossing into Israeli waters, then immediately attacking Israeli soldiers. The video footage shows these supposed humanitarian activists stab the soldiers multiple times as they board the ship.

Sailing on the seas the day before, the Israel Foreign Ministry and Palestinian Media Watch reported the internationals chanting "Khaybar Khaybar ya yahud, Jaish Muhammad saya'ud," meaning "Jews, remember Khyabar, the army of Mohammed is returning." These so-called "peace activists" were referencing the early seventh century event when Mohammed and his followers massacred and expelled the Jewish people in Khaybar, which is located in what is today Saudi Arabia.

Additionally, the total amount of humanitarian materials on the entire convoy of ships was 10,000 tons, which is far less than the average of materials going into the Gaza Strip through Israel every week for the past year and a half.

However, the world is drawn to believe the simplistic headline of innocent people dead on an international peace activist boat thereby bastardizing Israel to an insurmountable degree. The world does not see these radicals for who they are as they had no intention whatsoever of helping the people of Gaza. It is perplexing how far these false liberals who support radical Islam in the Gaza Strip will go to hurt Israel in this media war. If only the international media would go as far to objectively report the reality of these instances. Instead they rush to print a media stunt that was intentionally created by the same propaganda professionals who created a more than 4-year uprising that claimed the lives of thousands on both sides of the conflict.