"Equal pay for equal work” sounds like a simple concept, and the ideal way of life. But how close are we to actually achieving that standard?

To answer that question, let me take you back a little bit. As a young woman in the 1970s, I was fortunate enough to go through the Global Credit Training Program at The Chase Manhattan Bank. Through this program, I became one of the company’s first female executives (only about 170 years after the bank was founded in 1799). When hired, I was offered an annual salary of $11,000—exactly the same as my male counterparts who had similar credentials.

Soon after my first day on the job, the Head of Personnel (now known as Human Resources) called me into her office for a conversation that went something like this: “We’re really taking a risk by hiring a female executive at Chase. The men in your class are earning $11,000 a year, but I think that’s too much to pay you as a 21-year-old-girl. So, I’m reducing your salary to $6,500.” (She also told me that my long hair had to be put up in a bun, and that executives don’t wear nail polish.)

I couldn’t speak up and protest the lowered salary—I would have been labeled a troublemaker, and that would have effectively blacklisted my name and dead-ended my entire career. So instead, I responded, “What do I need to do to earn what my male classmates are earning?” She flippantly threw out the challenge, “Graduate first in your class.”

Well, I did graduate first in my class, and when I did, I proudly marched into her office to report my achievement. I fully expected my salary to rise to $16,000 (which is what my male counterparts were then receiving). She smugly replied, “I couldn’t possibly bring you up to the men’s pay rate, because the increase is too large.” Her solution? She finally awarded me the $11,000 entry-level salary I should have earned from the beginning.

Was I furious about the obvious pay disparity? Of course. Did I stick with the job anyway and continue to work harder than my male colleagues? Absolutely. Was I thrilled about getting the chance to become one of the first female executives in the entire global banking industry? I wouldn’t have it any other way.

Back then, pay inequality wasn’t a secret, and it wasn’t an exception—it was the norm. Women received approximately 60% of what their male counterparts earned. Slowly, though, times started to change, and in 1985, I became President of The First Women’s Bank. Why did we need a bank specifically for women? Because before the Equal Credit Opportunity Act of 1974, women could still be denied credit just because they were women. So, this position was a pretty big deal—and a huge step toward pay equality.

Conditions are certainly still improving, especially as women attend college at higher rates than men, graduate in greater numbers, and even earn better grades. And think about this: If I was hired for a banking job today, would my salary be reduced because I’m a woman? No way. Would HR refer to me as a 21-year-old “girl?” Not a chance!

But, there’s still room for improvement: One year after graduation, women are still only making 82% of what their male colleagues earn, according to a report by the American Association of University Women. Even with recent legislation, such as the Lilly Ledbetter Fair Pay Act of 2009, equal pay is difficult to achieve because very few employers are required to make their employees’ salaries public knowledge. So without that information, it’s tough to determine what you can and should be earning.

But there are a few things you can do—especially when you’re on the hunt for a new job. For starters, I’d recommend the following:

Now, the sad truth is that in our economic environment, a single job opening may attract hundreds of applicants. Competition is stiff and jobs are scarce. You might not have the luxury of finding your ideal job at your ideal salary, which means you might have to take a deep breath and accept a more realistic offer. But, don’t let that stop you from moving forward, pursing your goals, and always asking for what you are worth.

To promote progress myself, I currently sit on New Jersey Governor Christie’s Council on Gender Parity. When we first convened, I was asked what my goals were for the committee. My answer was simple and honest: “I want this committee to become obsolete.” Because when there’s equality in the workforce, we won’t need committees to promote those ideas. Yes, we’ve come a long way, but we still have a ways to go. So, let’s keep going!

Neale S. Godfrey is an acknowledged expert on family and children’s finances who has been in the financial field for more than 30 years. Early in her career, Neale became one of the first female executives at The Chase Manhattan Bank. Later, she became the president of The First Women’s Bank and founder of The First Children’s Bank. In 1989, Neale formed Children’s Financial Network, Inc., whose mission is to educate children and their parents to take charge of their financial lives. Neale is the author of 17 books that deal with money, life skills, and STEM education, and has been honored with a #1 New York Times Best Seller, Money Doesn’t Grow on Trees: A Parent’s Guide to Raising Financially Responsible Children. She is on the Board of Directors of UN Women and sits on Governor Christie’s Task Force for Gender Parity. Neale is the proud mother of two amazing children and two incredible grandchildren.

More from The Daily Muse:
Download
Calling all HuffPost superfans!
Sign up for membership to become a founding member and help shape HuffPost's next chapter
Join HuffPost 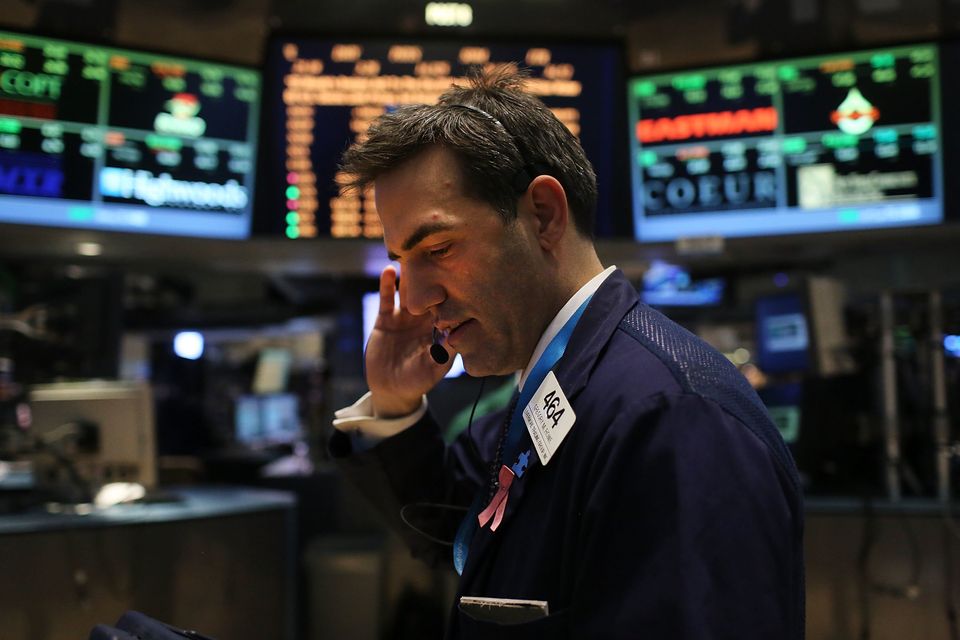