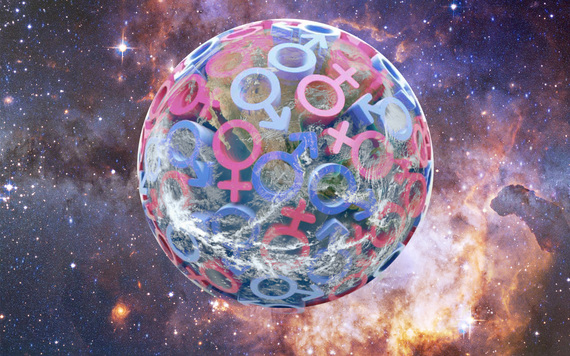 The world is actually getting better. Fifteen years into the 21st century, life on the whole has improved for a great deal of humanity. Access to basic needs like food, shelter, water, education and work has improved. But we are still experiencing massive inequality, particularly gender disparity. According to the World Economic Forum's Global Gender Gap Report 2014, the gap in the so-called First World is closing and things are improving in the Third World. But there is a distance to go.

In media, the portrayal of women is even worse than in reality, as evidenced by the Gender Bias Without Borders report from The Geena Davis Institute on Gender in Media. Women make up only 7 percent of film directors, for example, are given only 31 percent of speaking roles in films, and only 23 percent of films feature a female protagonist. "Girls are nowhere to be scene," as the report's tagline suggests. 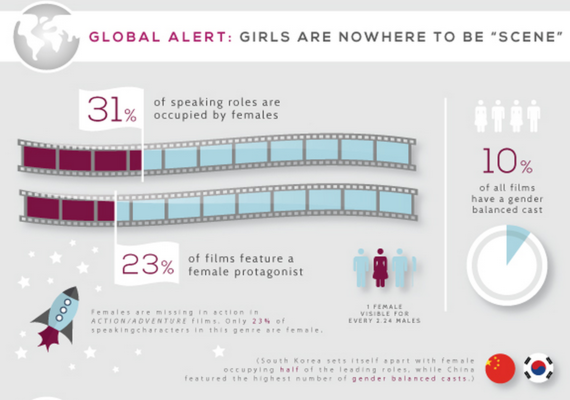 In the previous article in this series, we examined the potential evolution of Joseph Campbell's Hero's Journey beyond the drama triangle and the singular narrative. This time let's explore the possibility of evolving beyond a narrative that is overwhelmingly biased toward the masculine archetypes of the Hero/Savior. These are alternative journeys that rise out of feminine power and have not been, or are often barely discussed, portrayed and imagined in both historic and contemporary narratives.

Over the past few millennia, the patriarchal narrative has been undoubtedly the ruling one. The male narrative has been so dominant that in reality, I believe, it's leading us to the predicament we are in. The perpetuated narratives of man in conflict with an enemy, or in conflict with nature are no longer serving us. There needs to be an awakening and understanding that we are strengthened by one another, and that we are a positive manifestation of nature. We are part of the earth, valuable participants in an all-encompassing ecosystem.

As a first step on the journey to evolve the global narrative toward an inclusive one, let's consider making room at the table for the Gendered Journey.

Joseph Campbell gave us an amazing model from which our journey can draw inspiration. Grandpa Joe realized that most ancient cultures shared similar narratives for coming-of-age tales and equipped us with an arc to create engaging stories that inspire us. But his model is not without fault. One of the criticisms of the Hero's Journey is that it is a predominately male-centric model. The journey perpetuates masculine patterns within its steps: aggression, persistent conflict, linear thinking, violence, and the feminine depicted as either a temptress or goddess. Moreover, mass media has interpreted his writing and the masculine traits in a myopic formula that almost never changes, and is rapidly becoming outmoded in the wake of the rise of female power in the world.

Women make up half of the world's population but women-centric stories are less than half of the narratives in the mainstream mass media channels. Women are changing, evolving; they do not fit within the paradigm of that narrative.

There have been attempts to develop a heroine's journey model, akin to Campbell such as the one described in Heroine's Journey, by Maureen Murdock, or Victoria Lynn Schmidt's model, which is featured in her book 45 Master Characters:

"The feminine journey is a journey in which the hero gathers the courage to face death and endure the transformation toward being reborn as a complete being in charge of her own life. Her journey starts by questioning authority, then gaining the courage to stand up for herself, and finally embodying the willingness to go it alone and face her own symbolic death." 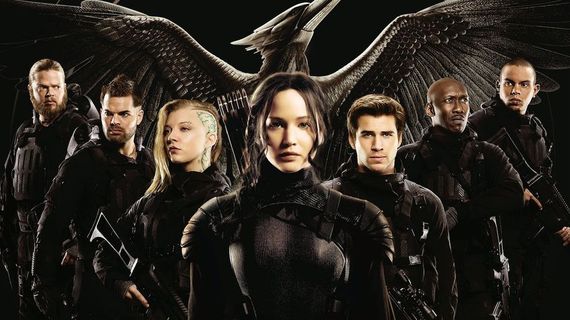 But trying to rebuild the same circular hero's journey and to apply it to the feminine might be missing the point. Yes, there are strong, new heroines' voices appearing in the mainstream media--from Katniss Everdeen of The Hunger Games, Hermione Granger of the Harry Potter world and Buffy the Vampire Slayer--but on the whole they follow the same varnished formula as their muscle-bound counterparts. All we have done is changed the gender.

Like men, women also go through their dark night of the soul. Perhaps on their first journey of awakening to their own power as young adults, they will need to have an ego death as they waken to their personal path. If one truly assesses the narratives portrayed, when a strong female-centric character is involved, one will find that women do not follow a circular or linear narrative. Women invite the tribe to be part of their journey and are empowering to the collective: The Gendered Journey is an emotional not cerebral one; it's a journey of transformation. The power of the feminine is about transforming nothing into something.

The Heroine does not necessarily need to leave the old world--she can smash the hero's world--transforming the old world into its next evolution. The death and resurrection part of a heroine's journey might be more like a supernova explosion, which leads into the creation of worlds: children, homes, projects, ideas, empowerment, and communities. Women do not need to go out and conquer; they don't need to leave the nest and collect items to make the home or even hometown better. In the Gendered Journey, Dorothy could have gained insight from the people around her while she was awake; like how laws need to be changed about witches taking your dog!

In mainstream narratives only recently have we started to look at women differently. Orange Is The New Black, with its ensemble cast of the most diverse women ever seen on the small screen, presents a powerful example of the gendered narrative. It's done so by showing that, in fact, it's a collective one: it turns out that Piper is not the show's heroine, but rather a point of entry for us; the women don't fight as a natural state of being, they nest, they create communities, and they organize.

It has been proven that "Female economic power also enhances the wealth and well-being of nations." They are the unifiers. We want them empowered, healthy and at the table. We are finally starting to feel the awesome might and rich dynamic of female empowerment without the fear, corruption and the evil that has been commonly associated with it, and which has been the result of masculine domination over it.

This has given an opening to using the narrative device of switching point of view over our past perspectives on classical "evil" feminine characters. The most popular examples could be found in the positive view of the life of the Wicked Witch of West in Wicked: The Untold Story of the Witches of Oz and the movie Maleficent, which portrays the antagonist witch of Sleeping Beauty as a misunderstood and wronged fairy of the forest, while the character of the king and prince are corrupt and weak. These might still be told in the classic heroic formula--but are an evolution of the narrative toward a Gendered Journey, nonetheless. 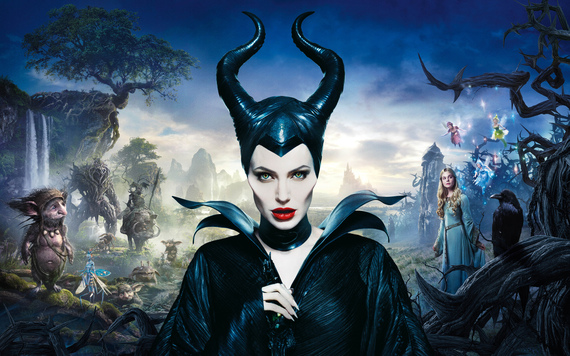 We know that nothing is black and white and truly linear in life. The world is diverse and colorful, a plethora of all shapes, colors and sizes. There are others who are part of our society that don't fall into the dichotomy of male-female. Native Americans described them as having two-spirits--a masculine and feminine one--both inhabiting the same body. In ancient times, they were the storytellers, the healers, and the keepers of the tribe's memory.

So where is their journey? Why are we not open to tell their stories and struggles on a greater stage? These are the journeys of coming out, waking up to how one truly defines oneself, and being proud and empowered by the journey. Our media is full of superheroes with "secret identities" playing that role, metaphorically--but only in recent years has mainstream media allowed these other narratives to appear in the spotlight.

An emergent narrative can be offered that is much more complex, non-linear, networked, and exciting:
The Gendered Journey. It can encompass the masculine, feminine, two-spirited journey (which can be any of the straight and LGBTQAA - Lesbian, Gay, Bi-Sexual, Transgender, Queer, asexual, ally--and anyone else who falls under the rainbow flag - including those who experience the world as gender-neutral).

It's subversive; as it doesn't follow the narrative arc we are used to. Our protagonists do not all need to leave the ordinary world, they don't have to fall into the belly of the beast, meet mentors, and use weapons. They might choose to use wits to disarm their enemies; community to grow strong when an antagonist shows up; they create new non-linear narratives that will make the old ones obsolete. It's a model that can create narratives for a more positive and empowered future. This is a narrative that is NOT based on gender - it encompasses all, embracing the fundamental aspirations, messages and values of the feminine and all other genders. It's the foundation for a collective journey--the foundation of the metanarrative, which we will further explore in the next articles. 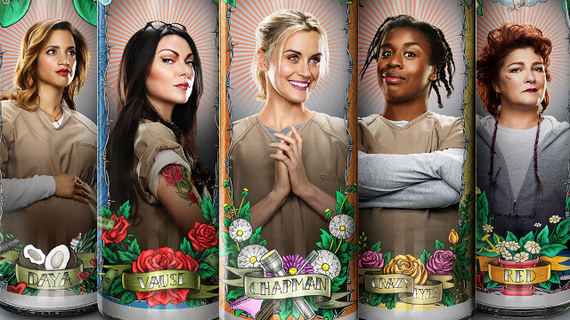 Orange is the New Black - Netflix

There have been small achievements around gay, lesbian and trans narratives that are coming to the mainstream and we can name some protagonists and supporting characters that have been both on the silver and TV screens, such as "Transparent", "L-Word", "Orange is the New Black", "Angels in America", "Dallas Buyers club" and others. A lot of them are still-pigeon holed into "straight" narratives and hero's journeys. The Gendered Journey could be an opening to escape the formulaic narrative that we have surrendered all our stories to.

Our world is out of balance. To transform and evolve, we need to turn our creativity toward new narratives that speak to the needs of a far more interconnected and concerned world--one that can view violence and abuse of people and animals around the world right there on their social media, and have it affect their hearts and minds profoundly. How can we create a thriving and balanced earth ecosystem, when our basic stories are rapidly becoming so outmoded, violent, unmindful and needlessly one-sided?

It's time to integrate all of the others in the global human narrative. Embrace and welcome the values brought forward by the feminine and two-spirited. Welcome them at the table and around the campfire; make sure that they are there, they are heard, they are listening to and acknowledged.
This is beyond a call to action - it's a wakeup call - help us create more narratives that emerge from the Gendered Journey!

I'd like to thank the brilliant Jeff Gomez for championing me through this journey and editing these articles.
And Joe Brewer for supporting and editing this series of articles.
Follow them:
@Jeff_Gomez
@cognitivepolicy