WASHINGTON -- As the country chooses a president Tuesday, a timely new book by a veteran military writer makes the case that it is now easier to sack the commander in chief than it is to remove the generals who serve at his pleasure.

In The Generals: American Military Command from World War II to Today, author Thomas Ricks reviews six decades of Army leadership and concludes that in an institution that loves acronyms, none is more important to the senior officer corps than CYA.

"If you want to support the troops, a good way to do it is to help them have good leadership," Ricks told The Huffington Post in an interview. At a time when the gap between civilians and the all-volunteer military is growing, "We have allowed the officer corps to work like a guild that looks out for the interests of its own members rather than stewards of their own profession who maintain standards and accountability."

To Ricks, who has observed generals up close for most of his career, "We tend to venerate the military these days unthinkingly and that’s not good for the military or the country."

Now a fellow at the Center for a New American Security, Ricks is a former military correspondent who has shared two journalism Pulitzer Prizes and been a finalist for a third for Fiasco: The American Military Adventure in Iraq. That book showed how senior generals who should have been relieved for committing Vietnam-style mistakes were left to muddle on until their tours were up. He now blogs for Foreign Policy.

In The Generals, the result of more than three years of burrowing through military archives and personnel records, Ricks takes apart the widely held notion that politicians "lost" the Vietnam War.

"A popular myth, persisting even in today's military, is that senior civilians were too involved in the handling of the war," he writes in a chapter about the 1960s "collapse" of generalship. "In fact, the problem was not that civilians participated too much in decision making but that the senior military leaders participated too little."

Today's Army leadership -- most of the book focuses on the largest military branch -- is in even worse shape, Ricks argues. After the Vietnam War, he notes, the Army conducted an "excruciating self-examination" of the rot inside its officer corps. The Army eventually recovered from its 1970s nadir but the obsession by Congress, the media and the public to exorcise the ghosts of Vietnam may have gone too far, he says, by removing accountability from military leaders.

"Coming out of two long wars, the military strikingly is not being very reflective about the last decade of fighting" since the 9/11 attacks, Ricks said, "It's true that civilians screwed these wars up a lot, the Bush administration especially. That said, there is a lot that the military did wrong and it doesn't seem to be facing up to it."

The book, which has gotten largely positive reviews and media attention -- although at least one retired Army general has given its conclusions a thumbs down -- revolves around an almost forgotten figure born just 15 years after the U.S. Civil War ended.

George C. Marshall is Ricks' role model for a general. Though remembered in history books for the Marshall Plan that rebuilt Europe after World War II, he earlier made his mark as Army chief of staff with what Ricks calls the Marshall system. From 1939, when President Franklin Roosevelt tapped him to be the nation's top soldier, through World War II, Marshall gave his generals "about 90 days in which to succeed, get killed or be relieved." Scores who didn't measure up were sacked, although some would fight another day because they were given a second chance.

"They expected a certain number of their generals to fail -- that was seen as the system was working. It was a hard-nosed Darwinian system that allowed smart, new, ambitious, energetic people to rise up in the ranks," Ricks said.

Marshall's no-nonsense philosophy rewarded younger officers like Dwight Eisenhower, who earned his first general's star just months before the Japanese attack on Pearl Harbor. Eisenhower was put on the fast track to lead Allied forces in Europe over another general who was theoretically next in line. Had Marshall chosen the more plodding, ineffectual Hugh Drum over the innovative and adaptive Eisenhower, Ricks said, World War II might have lasted until 1949 instead of ending in 1945.

The system began to break down in Korea. "It turned out to be more difficult to relieve generals in a small, messy, unpopular war," Ricks said. When generals were replaced, it was done quietly by parking the sub-par officers in a training post far from the front lines.

"That was the end of the tradition," Ricks said. During the Vietnam War, only one general was removed for incompetence by his military superiors.

In recent years, generals have been demoted or relieved for sexual misconduct or fishy accounting but not for being a bad military leader. When senior commanders have been fired, it has been the doing of the commander in chief in the White House or other civilian leaders who did it -- not the uniformed brass with offices in the E-ring of the Pentagon.

President Harry Truman famously fired Douglas MacArthur when the egomaniacal general threatened to turn the Korean War into a nuclear confrontation with communist China. President Lyndon Johnson yanked Gen. William Westmoreland out of Vietnam after the shock of the North Vietnamese Tet Offensive.

But when Gen. Tommy Franks let Osama bin Laden and his al Qaeda recruits slip away into Pakistan and declared the Afghanistan war won when U.S. forces took Kabul, neither President George W. Bush nor his military advisers relieved him of command.

Indeed, Franks was given the chance to "screw up" a second war in Iraq. "He had no plan what to do" after ousting Saddam Hussein, Ricks said. Not only did he fail to understand counterinsurgency, but Franks thought it was "someone else's job" to translate America's tactical success in Iraq into a long-term strategic victory in the region.

Another recent general whom Ricks says should have been fired but wasn't was Ricardo Sanchez, the commander of ground forces in Iraq during the worst abuses of detainees at Abu Ghraib prison. Ricks said the female one-star general punished in the scandal deserved to be canned "but the buck should not have ended there." Sanchez' "inadequate attention" to the mass detention of tens of thousands of detainees not only led to abuses, Ricks said, but stoked resentment and that created a "jihadi university" that graduated the hardened fighters who later carried out a devastating insurgency against U.S. forces.

Ricks, whose deep reading in military history has him mulling an operational history of the Vietnam War as his next project, offers some prescriptions to heal the military personnel system in a way that would make Marshall smile. Noting that the U.S. will soon send its eleventh commander in 11 years to Afghanistan, he said the Pentagon needs to fix the system of combat rotations to match the necessities of war and not the convenience of the officer corps. Leaving commanders in for the duration as in World War II -- Eisenhower learned war-fighting in 1942 and used his experience to lead the D-Day invasion of France and push on to defeat Nazi Germany in 1945 -- "requires some imagination, which is sorely lacking in our military." But, he urges, it can be done.

"You want generals who are adaptive to changing situations," Ricks said. "We don’t have that. The way we get there is through accountability. Reward success, punish failure and promote people who do well. And right now that doesn’t happen." 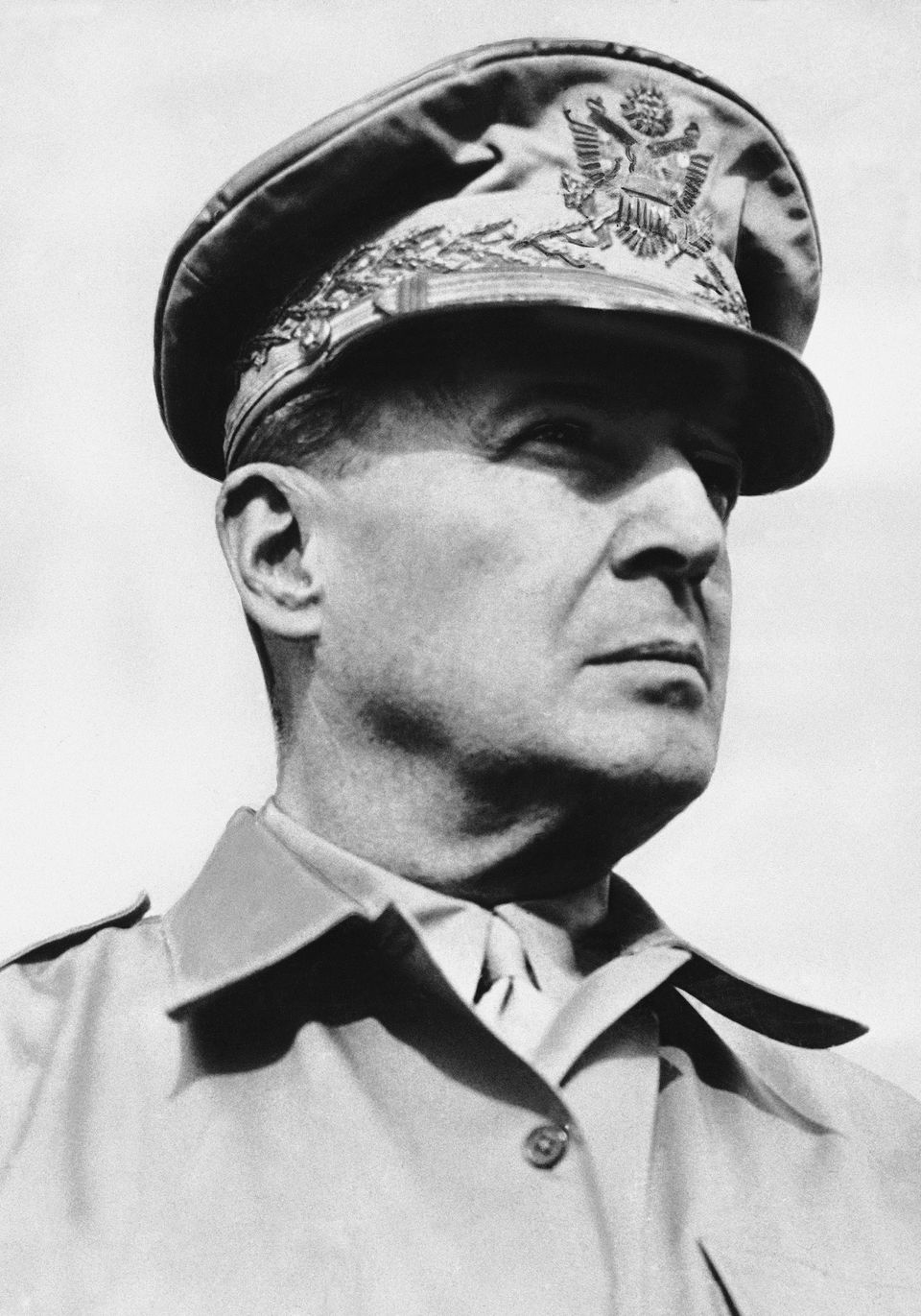 1 / 10
Most Overrated: Douglas MacArthur
From being caught napping in the Philippines after the Japanese surprise attack on Pearl Harbor that drew America into World War II to his now-mythical but overly risky landing at Inchon during the Korean War, Tom Ricks calls this five-star legend "probably the most over-rated general in American history." He leads the list "just for managing to be insubordinate to three American presidents," most defiantly with Harry Truman, who would finally sack MacArthur during the Korean War.
AP