In the Middle Ages in Europe, you were doing pretty well if you even had time to think about fashion. The images in the slideshow below, from illuminated manuscripts now showing at the Getty Center, shows not just the upper crust's real style, but also their opulent fantasies. The Getty explains: "Wealthy patrons commissioned images of a perfect world, filled with glamorous versions of themselves and rather too well-dressed peasants."

Lasting about a thousand years, from the fall of the Roman Empire to the Protestant Reformation, the Middle Ages were known for plagues, wars of religion, relative intellectual stagnation and rigid social class systems. The former three of those characteristics are not well-represented in the illuminations, which often depict classical and biblical scenes, but social class is of primary importance.

Readers of the time would have been able to tell precisely what group an individual belonged to based on his or her outfit. In "Office of the Dead," for example, the hooded figures in the background are clearly separated from the tonsured clerics in the middle-ground, who in turn stand apart from the robed eminences in the foreground.

Imagined fashion for historical figures in these images is influenced by contemporary styles and regional stereotypes. In the Armenian illumination of King David (slide 7), the biblical hero dresses less like a king of Israel and more like the Christian Byzantine emperors, whose image had become associated with the ancient past.

Before there were cameras to identify threadbare coats or stained shirts, illustrators had the freedom to depict their subjects in ideal conditions. And no amount of historicizing can deny that some of these imagined nobles were, indeed, looking pretty spiffy.

"Fashion in the Middle Ages" will be on display at the Getty Museum, 1200 Getty Center Drive, Los Angeles, CA, through August 21.

PHOTO GALLERY
'Fashion In The Middle Ages' At The Getty Center
Download
Calling all HuffPost superfans!
Sign up for membership to become a founding member and help shape HuffPost's next chapter
Join HuffPost 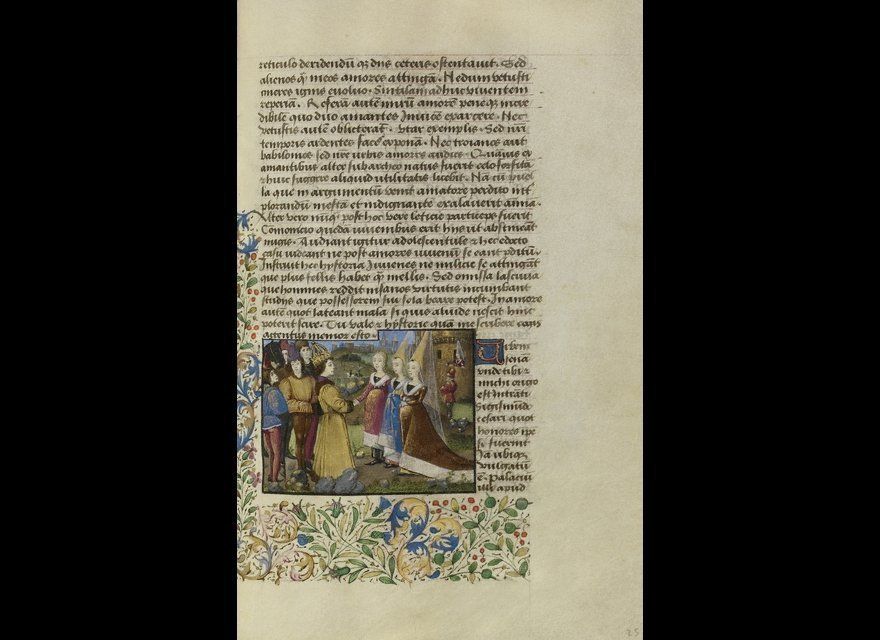