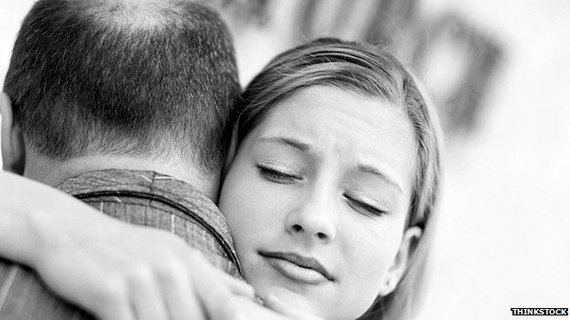 There is a ritual in Boston and many other places that takes place every year around the end of May and the first of June. That's when literally thousands of college students dump all of their collected dorm and apartment paraphernalia into the streets to be picked up and sold or given away. Desks, chairs, beds, lamps, whatever. Boston is a huge college town, so this act is a bonanza for area homeless shelters and thrift shops.

There is a different, but related, ritual that is happening right now. It is the ritual of an equally large number of cars with weepy parents and anxious 18-year-olds driving down Francis Ave. in Cambridge, or Commonwealth in Boston, or wherever, and letting go of someone they have known and lived with, literally all of his or her entire life. It's an adventure and it's exciting, but it's also poignant and just a little bit scary. Sometimes it goes well and sometimes it doesn't, but if you could measure the level of emotion in the air for these days, it would be deep into the red zone.

I remember doing this with my kids back in their days. Actually Kevin and Stanley, the two oldest, were not as big a leap. They both went to the University of Oklahoma, which was only about 15 miles away from where I lived at the time, and I was able to get together with them for dinner once a week for a lot of their time there. With Kevin, it was even less of a break, because out of a freakish coincidence, I happened to be at OU working on a masters in economics at the exact time that he was there working on a BA in economics, so we actually passed each other on campus on occasion (a little discomforting, by the way, but don't tell Kevin). And when he later went to law school, he did his first year at Washington University in St. Louis the same year that my wife and I happened to move there on an internship. And then the next year he switched to Yale, just as we moved to western Massachusetts about an hour north of there.

I think my biggest dip into the red zone of separation emotions was when Karla left. She went off to a little private university in Memphis, Tennessee, that specialized in languages and foreign relations, and then after that she traveled the world, even working for a while for the French government. There were times when I went for more than two years without seeing her. That was tough.

Of course, I didn't know all of that when she was bundling up her life and squeezing it into a car to drive off for orientation, but inside I still sensed that a huge break was taking place.

Last week, I happened to be in front of Rockefeller Hall at Harvard (where I once did time myself) and I saw a dozen or so cars come and go with parents dropping off offspring. Usually the son or daughter was cool about it -- for kids, excitement tends to swallow up fear in the beginning -- but the mother was visibly emotional. The father, however, remained stoic. He's the guy, after all, and can't show emotions because it's not a guy thing. But after their little girl was dutifully set up in her room and they were alone in the parking lot, the husband grabbed his wife's hand and held it long and tight. I suppose it seemed right to be strong in front of the daughter, but when they were alone, he needed strength.

When I saw Karla for the last time I didn't do a very good job at that stoic thing. I think my voice was relatively calm, but my eyes were watery and they gave me away. She was sweet about it. She didn't say a word, but just gave me a kiss and told me that she'd miss me and would see me again soon. And the future of the entire world as we knew it suddenly changed forever. And it has never changed back again, and it never will.

I remember when I made that big break. I put all of my clothes and books and bedding -- and a banjo -- into a tiny Volkswagen "Beetle" and drove thousands of miles to Vanderbilt University in Nashville, Tennessee, and I did it while my parents were at work, because I was young and stupid and didn't realize that they would want to be a part of the ritual. We had dinner that night and I chatted about everyday affairs as though nothing was changing. And then after dinner I gathered up the last of my things and drove all night long to my new home. It never occurred to me at the time that my excitement was their loss. I can only imagine now, decades later, that they may have stood there on the driveway for a long while after I left, holding hands and dabbing their eyes at the rupture that had just changed their lives forever.

They are both gone now and looking back I wish I had given them a better goodbye. And one of these days Karla and Stanley and Kevin are all going to be sending off their "babies" with a similar mix of sadness and sorrow and excitement and thrill. It's the cycle of life and it will never change, no matter why they are leaving or how far they go. Eighteen years are far too few to have in your life someone you love with all of your being and might, but to hold on to them would be worse. Holding close, then letting go; holding close, letting go. Again and again. It happens to those who have kids and even those who do not. It's universal. It breaks you and it heals you. It is what moves life forward whether you want it to or not, and if you allow it, it keeps you from becoming stagnant. It's sad and it's painful, but it is also energizing and creating. It's one of the things that helps us learn what it means to be alive.