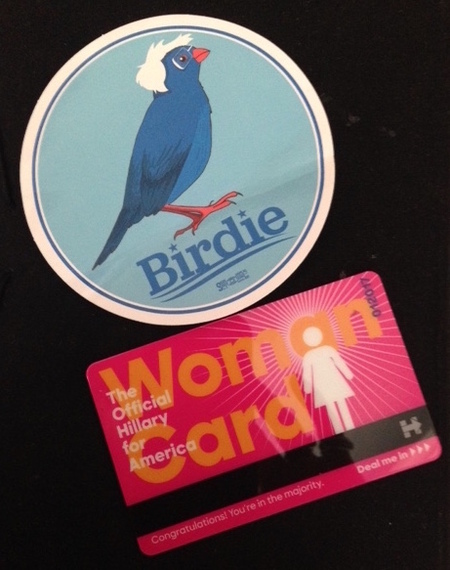 When you think of voting, most likely you consider it a hard-won right, especially for women. That's why I don't take voting lightly -- I vote in every election, even those in which I know my candidate can't win. So it may seem strange that in this past democratic primary I gave my vote away -- I gifted it to my three sons.

For months, I'd been looking forward to voting for the first woman ever to be nominated for President of the United States. Not just because she's a female, but because she is a capable, experienced, intelligent, articulate female. I even sent away to the Hillary campaign for a "Woman Card" after Trump made that hilarious and demeaning remark; I couldn't wait to get on the Hillary team.

But during the months leading up to the primary, my three young adult sons argued passionately for Bernie. We are all news junkies in my family, and we follow politics closely. And I had to admit that Bernie's platform was closer to my beliefs. I also felt he would be more of a peacemaker than Hillary, and as the mother of sons, I could not vote for the candidate more likely to be tough and harsh when it came to getting us into war. Been there, done that, Hillary. Iraq still hurts.

So on primary day, as a gift to my sons, I voted for Bernie. It did not feel especially good. When I stepped into the voting booth and saw Hillary's name I really, really, wanted to vote for her. But I knew that if I did, my sons would be deeply disappointed when I got home and told them I'd ditched their man. Of course, I know it's my vote ... but this time I voted just for the "kids."

I have to admit I was thrilled when Hillary got the nomination; at the same time, I appreciate all Bernie did. When I phoned my middle son, who no longer lives near us, and told him I'd gifted him my vote because of war he said, "Mom, that's nice. But you know we're all past the age of getting drafted."

I hadn't even thought of that! And it didn't really matter. Peace is my main objective as a mom and as a yogini who believes in ahimsa (non-harming), one of the primary tenets of yogic philosophy. So whether it's for my own kids or for future generations, I will always vote for the candidate whom I believe will be most likely to negotiate and strive for an end to war and violence.

So yes, in November I will be voting for Hillary, the first female candidate ever nominated for the highest office in the country, and I can only hope that she will be the candidate for peace. Tough talk and military preparedness is necessary and important. But peace is the only viable road to our planet's survival: I'll bet my Woman's Card on that.

The Gift Of Voting
Activists 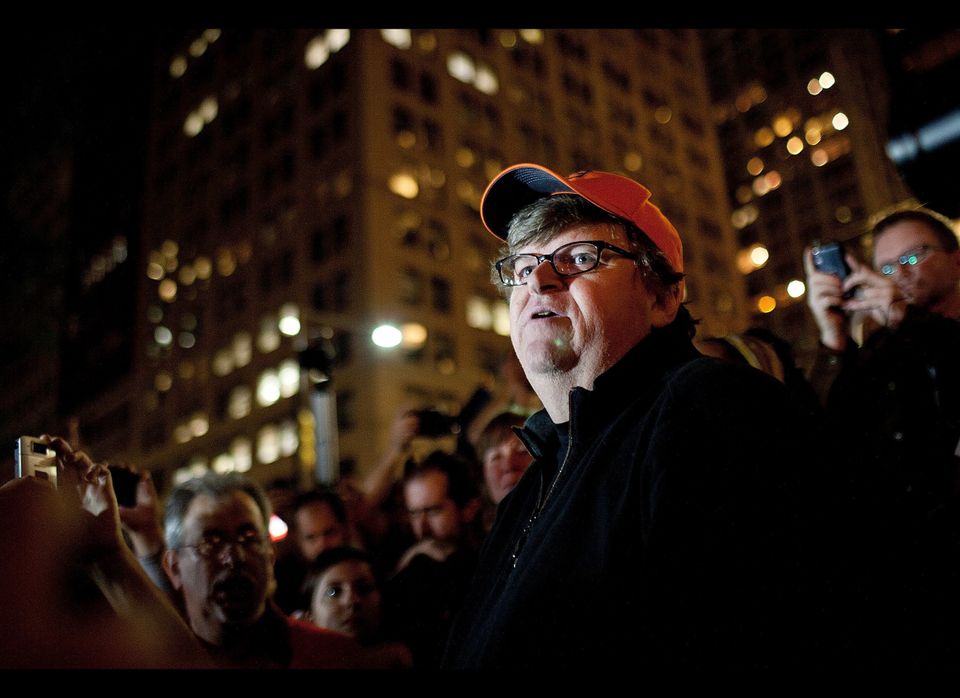 1 / 10
Michael Moore
When Michael Moore showed up at the Occupy Wall Street protests to show his solidarity, whichever media outlets hadn't been covering the demonstrations immediately descended on Zuccotti Park to report on the growing movement, proving once again that he is the unrivaled king of the disenchanted left. His documentaries have broken box office records, his books have dominated the New York Times bestsellers list and if that weren't enough, his film Sicko made health care a major issue in the 2008 Democratic Presidential Primaries and in turn led to the eventual passage of the most controversial piece of legislation from the Obama administration. The man deserves some universal respect.
Getty