(Trailer to "Dispatches from the Gulf" documentary, livestream on April 20, 2016, Courtesy of Screenscope)

"Is the Oil Spill Good for Environmentalism?"**

Six years ago, on April 20th 2010, the U.S. (and the world) got a huge wake-up call when BP and Transocean's Deepwater Horizon oil rig exploded, killing 11 people and spewing ~5 million gallons of oil over 600 square miles of the Gulf of Mexico.

Watching images of the gushing oil non-stop for 87 days and gut-wrenching images of the toxic, gooey oil covering birds and fish, and blanketing the pristine Gulf, gripped our collective psyches and spurred outrage in nearly everyone.

And, maybe, it was a gift. Screaming loud and clear that we must find a way to reduce our fossil fuel consumption, the spill and images of it arguably served as a tipping point. Lawmakers, corporate leaders, environmentalists and investors stepped up - and took a game-changing leap toward a clean energy economy.

Correlation or causation? Peter Kelly-Detwiler, principal of Northbridge Energy Partners and a Forbes contributor^ thinks it's correlation, but that it did shift the culture. Either way you look at it the momentum toward a clean energy economy that followed the spill is unmistakable:

2. "Wind and Solar are Crushing Fossil Fuels," reads an attention-grabbing headline in Bloomberg New Energy Finance this week. It's primarily that costs to produce these new technologies (solar, wind, storage) dropped precipitously, and the fact that they are technologies, not fuels. If you think it's a blip, not a trend, check this out: "The number of oil rigs active in the U.S. fell last month to the lowest since records began in the 1940s. Producers--from tiny frontier drillers to massive petrol-producing nation-states--are creeping ever closer to insolvency," BNEF's Tom Randall wrote. 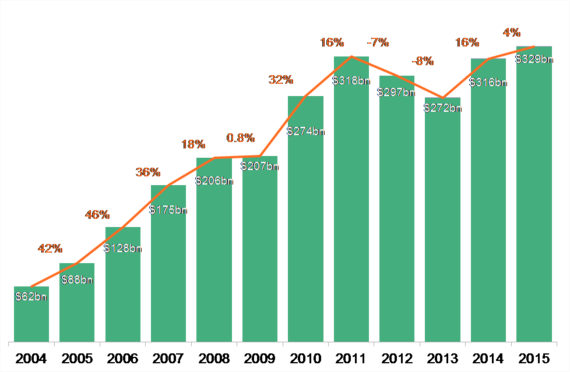 3. 37 of the 50 states, plus Washington, D.C. and 4 territories, have renewable energy standards or goals, as of March 23, 2016 (National Council of State Legislatures. http://www.ncsl.org/research/energy/renewable-portfolio-standards.aspx)

4. Unprecedented research about marine life and ecosystems is being gathered from cleaning up and assessing the spill's impact by the Gulf of Mexico Research Institute's consortium of researchers from around the U.S. and the globe. They are inventing new scientific research techniques as needed, which have the potential to serve other fields as well, including public health. Watch the documentary about it, called "Dispatches from the Gulf," produced by Marilyn and Hal Weiner of Screenscope, which was screened recently at the D.C. Environmental Film Festival and will be livestreamed on the spill's sixth anniversary, April 20th, 2016.

The Institute is funded by $500 million from BP but is 100 percent independent, according to the Chair of the Institute board, Dr. Rita Colwell, a renowned microbiologist and oceanographer, former Director of the National Science Foundation, who I interviewed last week for my podcast series Green Connections Radio™. 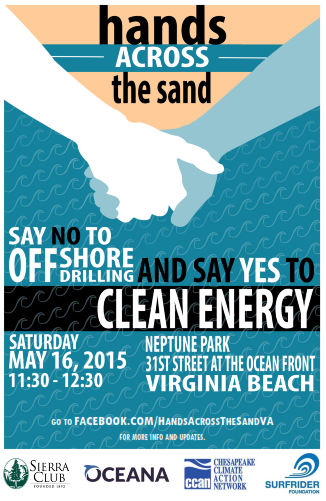 5. The environmental/climate change movement leveraged the compelling oil spill images, stories and outrage to create tail winds for action by lawmakers and corporate leaders. "In the oil spill, greens have been given an accident--of unprecedented size in American history--that demonstrates the environmental and human consequences of our need for oil." Bryan Walsh of Time magazine wrote in June 2010.

6. Increased regulations on offshore drilling: ""(T)hese proposed measures are designed to further build on critical lessons learned from the Deepwater Horizon tragedy and to ensure that offshore operations are safe," Interior Secretary Sally Jewell said in a conference call announcing them, according to the Wall Street Journal.

7. Students insist their universities divest from investing in fossil fuels, with more than 70 schools filing for information about divestments, most focused on fossil fuels. http://www.bigstory.ap.org/article/5d8f1eda38fc4d01a7246b1788018a57/campus-activists-unite-call-divestments-colleges

As a sweet turn around, the person who was newly ensconced as BP's Chief Scientist at the time of the Gulf oil spill, Dr. Ellen Williams, is now head of ARPA-E, the innovation arm of the Department of Energy. She also was the BP point person to set up the Gulf of Mexico Research Institute.