The beloved Gilmore Girls will finally return to television on Nov. 25 - and it might not be for the last time.

Creator Amy Sherman-Palladino confirmed to the Television Critics Association in Beverly HIlls Wednesday that the four episodes dropping Nov. 25 on Netflix will finish with the long-mysterious Final Four Words she never got to write when the original series ended in 2007. 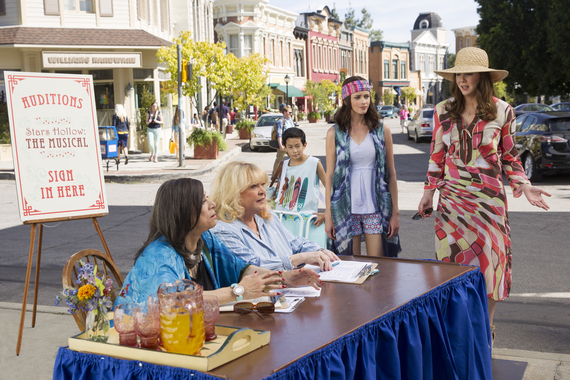 But when asked if those will be the last four words ever on a Gilmore Girls show, Sherman-Palladino declined to say yes or no.

She and husband/fellow creator Dan Palladino talked at length about the "creative possibilities" Netflix offers for any show, including this one.

But the biggest immediate news for fans is the Nov. 25 release of the four 90-minute episodes. Each will cover one season (winter, spring, summer, fall) for single mother Lorelai Gilmore (Lauren Graham) and her daughter Rory (Alexis Biedel) in fictional Stars Hollow, Conn.

Gilmore Girls ran for six seasons on the late WB and one on the CW from 2000 to 2007, maintaining strong ratings and becoming a poster show for family-friendly television. The close and loving mother-daughter relationship was a centerpiece of the show throughout multiple dramas for each woman in her personal life.

A brief preview clip shown here Wednesday suggested that to no one's surprise, the bond remains intact now that Rory no longer lives at home.

The spoiler-free clip suggested Lorelai is still a bit of a worrier and that at least at the beginning, neither has settled down with the man of her dreams. 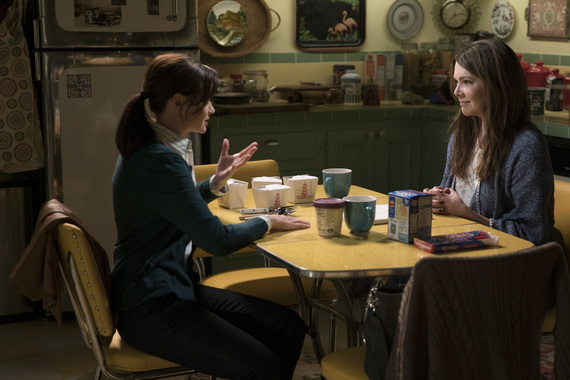 Graham and Biedel dutifully declined to reveal any plot details for the new episodes, though Biedel did say "all my ex-boyfriends will appear" at some point.

One thing that won't change is the show's most famous signature: the speed at which the characters talk.

Sherman-Palladino always explained that speed-talking enabled her to write more words and thus tell more story every episode. That continues.

Graham said it was "not difficult at all" to get back into the fast talking. "It was like no time had passed," she said. "It was exhilarating."

Sherman-Palladino admitted she would have preferred that these four episodes not drop all at once, which is the standard Netflix procedure.

"These episodes are really about the journey," she said. "If you just skip to the last four words, you kind of spoil it."

Just personally, she said, she likes a little breathing space between stories. But "you don't always get what you want."

She and her co-creator/husband Dan Palladino stressed, however, that the other perks of the Netflix deal outweighed that concern. 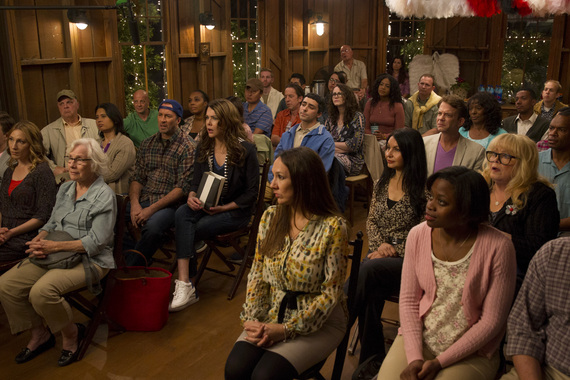 "I couldn't imagine" having made these four 90-minute episodes for any traditional television network, Dan Palladino said.

Pretty much all the actors from the original show returned for this reunion, including Kelly Bishop and Melissa McCarthy.

While Sherman-Palladino declined to make any definitive pronouncement on whether there could be future revivals, she did say that these episodes confirmed her original premise that family stories are never completely resolved.

"The s--- in your family never really gets worked out," she said, and that's been one of the themes of even a show like this one where family members are close and loving. "You think, maybe it'll all get worked out at Thanksgiving? No. Maybe at Christmas? No. That's why the show has always been fun to write."