I couldn't wait to wear the dress. It looked like something plucked out of the costume closet on the "Sound of Music" set -- white cotton with an empire waist and three-quarter-length sleeves. The bodice was heart-shaped and the material was marked with the faintest striping pattern in thin, satin lines. Three white, ornamental buttons trailing down the bodice's front gave the illusion of access. Dainty lace hung from the sleeves, which matched the lace running around the hem of the ankle-length skirt. It was the only dress I wanted to wear for my eighth grade graduation. It was too big. "We'll just have it altered," said my mother.

I was a pretty unremarkable 14-year-old with braces, a doughy body and weird, stubborn hair that looked nothing like the hairstyles of the girls in the teen fashion magazines I read -- it didn't matter how many styling products I glopped on. I was not athletic, unless you count consuming bags of chips with sour cream and onion dip while watching "General Hospital" a sport. If I was pretty or cute, I did not know it. The white dress appealed to my inner-Cinderella and I knew it would make me feel beautiful and more like the other girls in my class I secretly envied -- the ones with "right" hair who got to wear their boyfriends' football jackets.

Weeks later, I found myself stripped down to my bra and panties and standing on a wooden block in the cramped trailer that belonged to Eugenia. My mother knew her through some other women who attended our church. For more than 40 years, Eugenia had worked as a seamstress in some of the most prestigious bridal salons in Boston. Eugenia knew her way around a ream of fabric and a pair of pinking shears. A squat, tank of a woman, Eugenia was loud, pushy and wheezed something terrible as she lumbered around the small space. I stood on my box while my mother and grandmother sat mashed together, knee-to-knee, on a short couch.

I shimmied into the dress. Eugenia circled me the way shaman mark their ritual spaces. She pulled pins from the cushion strapped to her wrist, making small clucking noises with her tongue as she yanked the hem. I felt her large hands grab the excess material around my waist and tug it tight. She sighed. She clucked. She grunted softly in a way where I could practically hear her frowning.

"Hippy," she said. "This one's got some hips on her." She continued to pull and sigh and make small laboring noises as she worked. I sought out my mother's eyes, but she didn't seem to notice where Eugenia's remark had landed. The smile slipped from my face and I felt a hot flood of ugly wash through me. I was not good enough to wear this princess dress. I felt ashamed; I felt that having more meant I would always be less-than.

"You're making too much of it," my mother said when I told her how crappy Eugenia's comment made me feel. "You're fine the way you are!" I wasn't convinced. I wore the dress once for graduation and when I looked at the photos of me with my parents, with my teachers, I didn't see the princess I wanted to be. Instead, I saw a girl who, like the dress itself, needed altering. 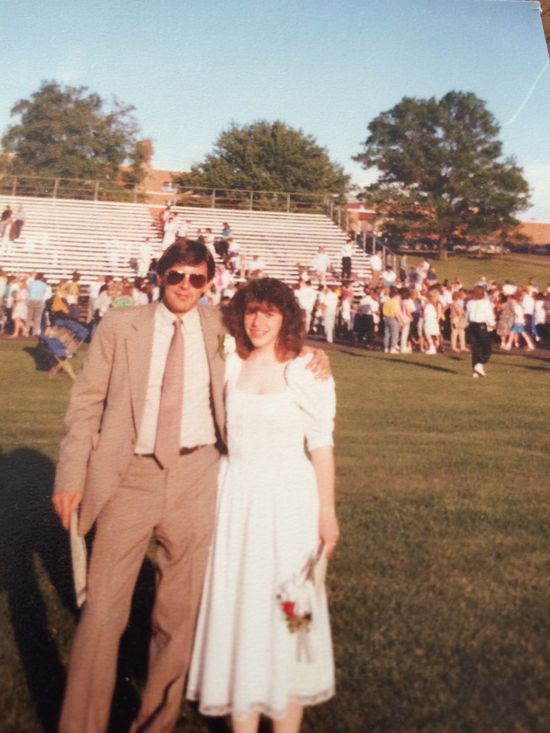 I feel really lucky that I didn't embark on a path of eating disorders or other risky behavior based on that first body-shaming experience. I might have skipped the onion dip for about a week, but before too long it seemed easier to accept my hips as my fate and tuck back into the salty drug of choice. Instead, I let the image of myself seen through someone else's eyes become tattooed on my interior, and I made it a part of my body apology: "Oh, well I've got some hips on me you know," "I'm kind of hippy, so these types of skirts just don't work for me," "Sorry, it's just these hips!"

I am no longer an apologist for my body because I see with laser clarity that words matter as much as any Photoshopped image or bikini-ready Instagram post. Words can leave such massive amounts of collateral damage, it's worth bringing more awareness to the conversations we're having with ourselves and with others about our bodies. We could change so much if we took the time to think about saying less.