Phillip Noyce's adaptation of "The Giver" is out in theaters on Aug. 15, and to prime fans of Lois Lowry's seminal young adult book, The Weinstein Company has released a surfeit of character posters on sites such as MTV, Fandango, Teen.com, SheKnows, Yahoo! Movies and HuffPost Entertainment. We've got your first look at Alexander Skarsgard's one-sheet, which combines black-and-white photography with a color streak (a tease that will please readers of "The Giver"). The "True Blood" fixture plays the father of Jonas (Brenton Thwaites) in the film. Check out the poster below, along with a synopsis of the film. 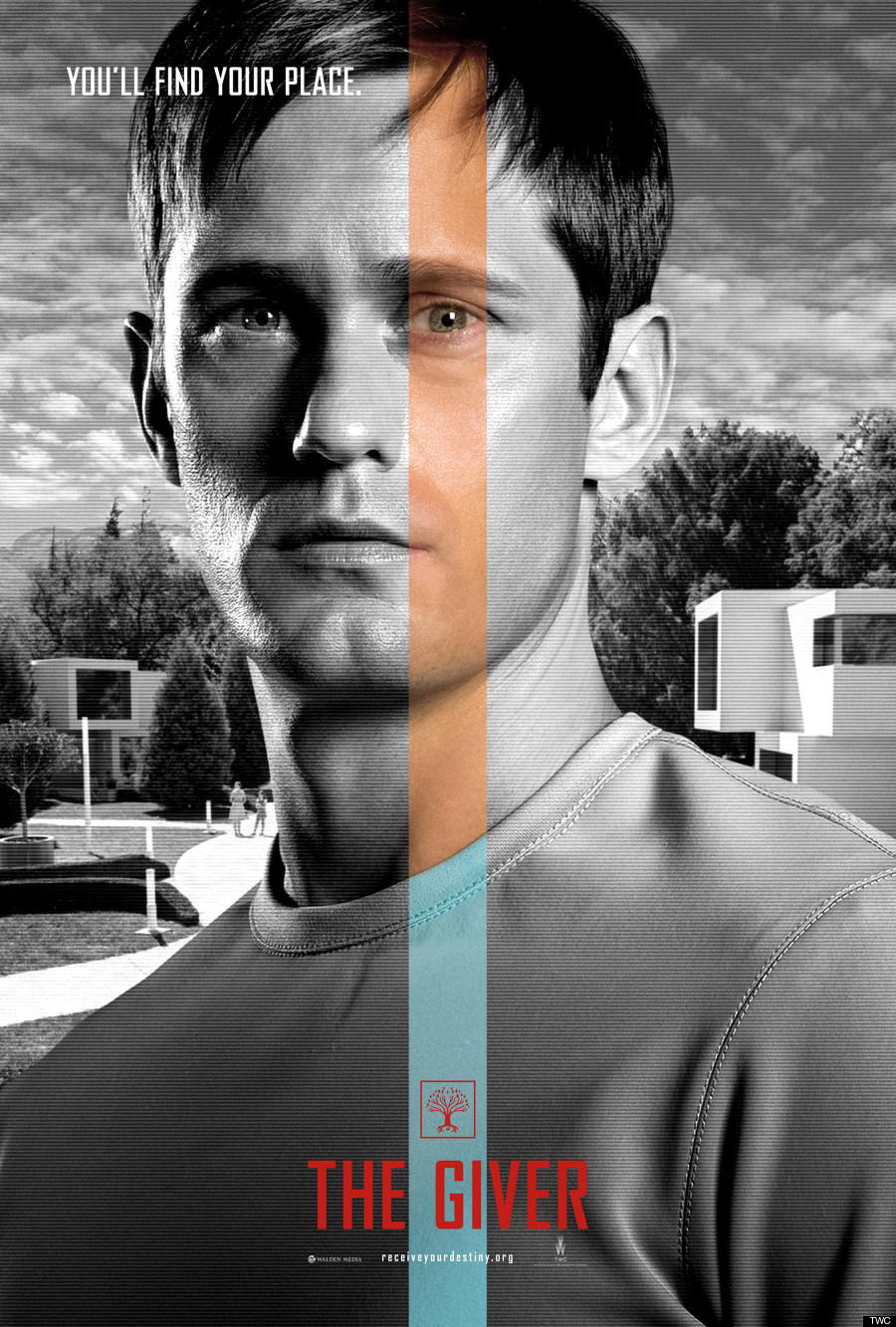 "The haunting story of THE GIVER centers on Jonas, who lives in a seemingly ideal, if colorless, world of conformity and contentment. Not until he is given his life assignment as the Receiver of Memory does he begin to understand the dark, complex secrets behind his fragile community. The film is based on Lois Lowry’s beloved young adult novel of the same name, which was the winner the 1994 Newbery Medal and has sold over 10 million copies worldwide. THE GIVER will be in theaters everywhere Aug.15."