When a novel that's sold more than 12 million copies takes two decades to develop as a film, expectations are rather high. Enter "The Giver," which Jeff Bridges optioned in 1995 with the intent of his father filling the title role. Lois Lowry's tale fit the young-adult dystopian mold before there really was a mold (or at least no "Never Let Me Go," "Hunger Games," "Divergent" or "Maze Runner"). The "Brave New World"-lite instant classic became a Newbery Medal recipient and middle-school staple. Countless preteen readers and several scripts later, director Phillip Noyce ("Salt," "Patriot Games") brings us the story of a futuristic society that seeks uniformity through a concept called Sameness and the one guy who challenges its stasis, ultimately questioning whether life is worth living when there's no love involved.

In a way the work of Suzanne Collins and Veronica Roth doesn't, "The Giver" builds a world that emphasizes introspection instead of adrenaline to document a utopia gone wrong. Much of that is on display here, from the impressive minimalistic set design to the altered ending that revs up without resorting to an overwrought love triangle or minors killing one another. Inevitably, however, the movie doesn't build on its conceits with enough restraint, trimming the novel's emotional punch to a series of plot beats that won't satisfy Lowry purists or attract YA-dystopia newcomers. Here's how it holds up. 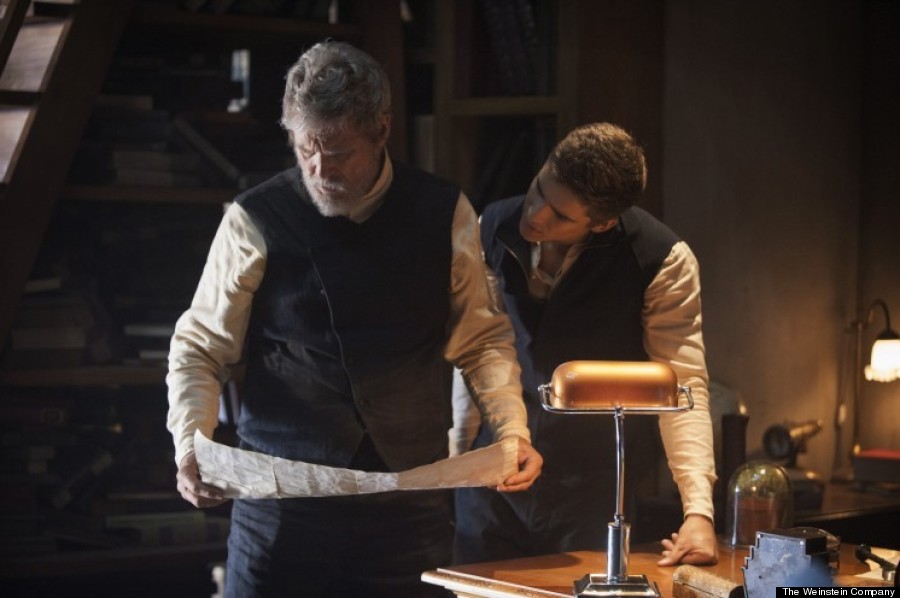 The way the movie introduces the world of "The Giver" feels more like a recap than a proper exposition.
Every novel adaptation toes a fine line between retreading the book's details for those who've read it and building a fresh world for those who haven't. The start of "The Giver" falls into the former camp, introducing the ominous community that knows no emotion, distinctiveness or even color with such celerity that it feels like writers Michael Mitnick and Robert B. Weide are checking off boxes for a preamble instead of allowing us to become acquainted with the society through implicit world-building. A title card announces a vague concept called The Ruins, which prompted this conformity-driven alternative to rise up, and then we're off and running with only the most flagrant exposition to follow.

Even at fewer than 200 pages, the novel builds softly to the Ceremony of Twelve, where 12-year-old protagonist Jonas (aged to 18 here and played by Australian stud Brenton Thwaites) receives his Assignment -- a preordained career choice selected for citizens upon their graduation -- as the Receiver-in-training, the rare individual to whom The Giver will transmit the arsenal of pre-Ruins memories. Instead, that ceremony nearly opens the movie, and when it arrives, we feel thrust into a landscape that we don't yet appreciate. The plot then moves along as if we've gotten our introductions out of the way, save for the seldom Q-and-A asides in which a character blatantly outlines a foreign concept to be sure we don't miss it. 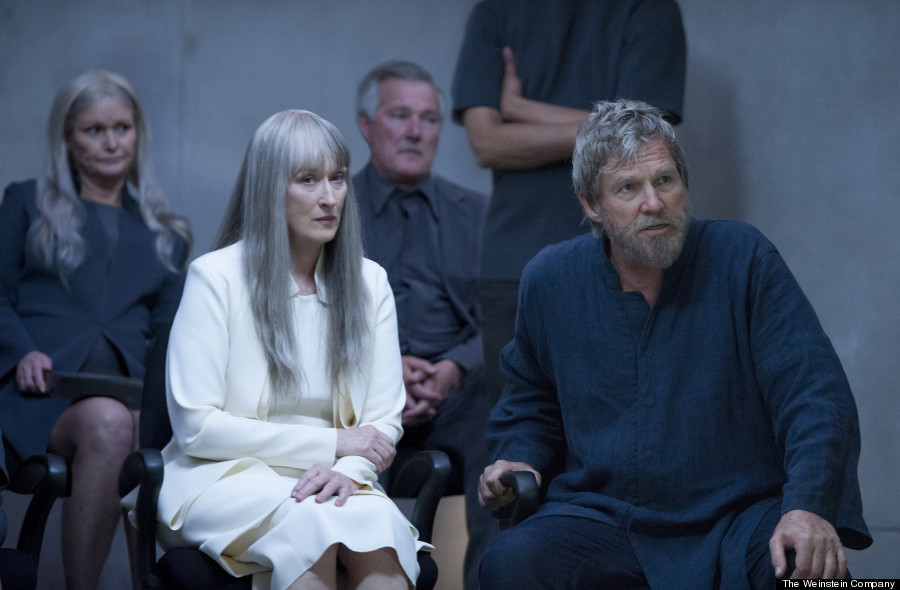 But the aesthetics work.
Futuristic films carry the weight of uniquely crafting what a so-called advanced society might look like. That often comes in the form of minimalism and heightened technology, both of which are utilized in the stark facilities and mind-controlling medicines that are routine in "The Giver." As in Lowry's novel, the community cannot see color and knows no concepts of size, shape and other differentiating characteristics. The black and white that pervades the bulk of the film is heightened by Jonas' evolving Capacity to See Beyond, a trait that allows him to spot glimpses of that which the rest of the community cannot and which solidifies his selection as the new Receiver of Memories. Glimmers of color flitter through the frame as Jonas spies, for the first time, an apple's true tint and the auburn hair of his love interest Fiona (a wooden, uncertain Odeya Rush). But it's when the movie regains a full color palette that the sleek grayscale is accentuated, as when Jonas gains the memory of a sailboat drifting across a sunset-drenched ocean, replete with stunning orange and red and yellow hues that wouldn't be as striking in a more chromatic film.

Not all performances are created equal.
It's hard to assess the acting in "The Giver" because the whole idea harks back to the notion that this is a wooden society. When even the word "love" is too antiquated to use, how does one portray a character with any dimensionality? Not well, in many cases: Thwaites manages to conjure up earnest reactions to Jonas' inaugural experiences with things like snow, animals and war, but the other young actors -- Rush, Taylor Swift and Cameron Monaghan, who plays Jonas' friend Asher (a squandered opportunity to capitalize on the humor the character provides in the book) -- turn in misshapen performances. Even Meryl Streep feels like she's phoning it in initially, but perhaps that's because her autocratic Chief Elder appears via hologram in her first scene. When appearing in person, Streep is the movie's punchiest performer, shepherding the action with a didacticism that belies her awareness of the community's potential were it not subjected to Sameness.

There's a particular problem with Bridges' growl: His monotonous energy is inspired by The Giver's emotional distance, but that iciness diminishes our investment in whatever backstory the beleaguered sensei and his cavernous dwelling carry. The Giver doesn't need warmth -- that's not Lowry's intent -- but for a title character with sprinklings of heroism, the portrait of The Giver has no impact. And that's not even touching on Katie Holmes' detached line delivery ("precision of language, Jonas!"). Playing Jonas' mother, everything Holmes utters has a vacancy that seems uncanny given what we know about her recent tabloid history. 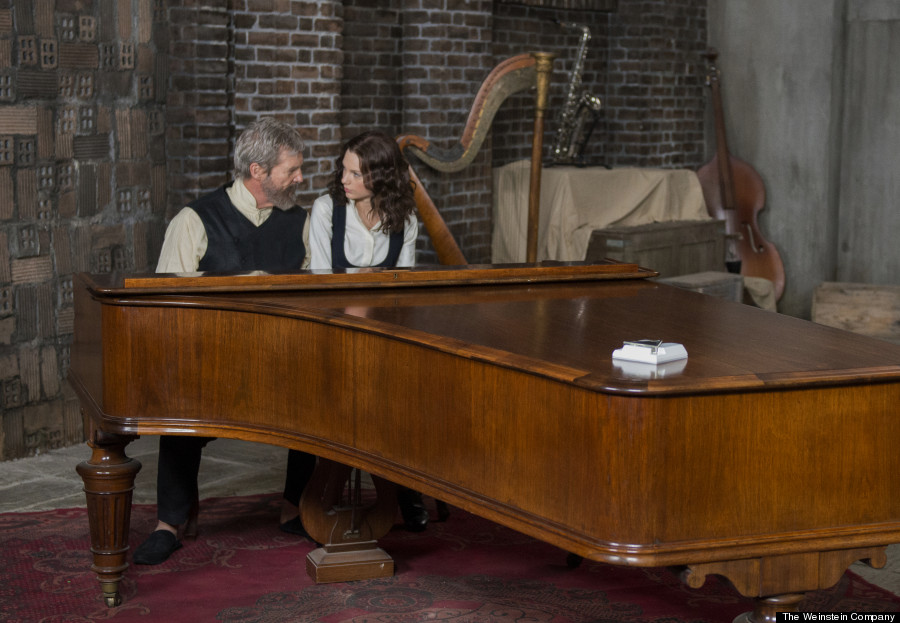 It's too short.
Was Noyce afraid that, after waiting 21 years for this film, we'd be bored? At 94 minutes, "The Giver" doesn't work hard enough to relay the rich mythology of Lowry's book. We're never fully engrossed in the community's rituals (the morning dream-telling sessions, the nightly sharing of feelings, Matching of Spouses). The rapid pacing distances us from what isn't explicitly exposed, like we're always observing and never ingrained in this new world -- the opposite of what a strong dystopian tale needs. 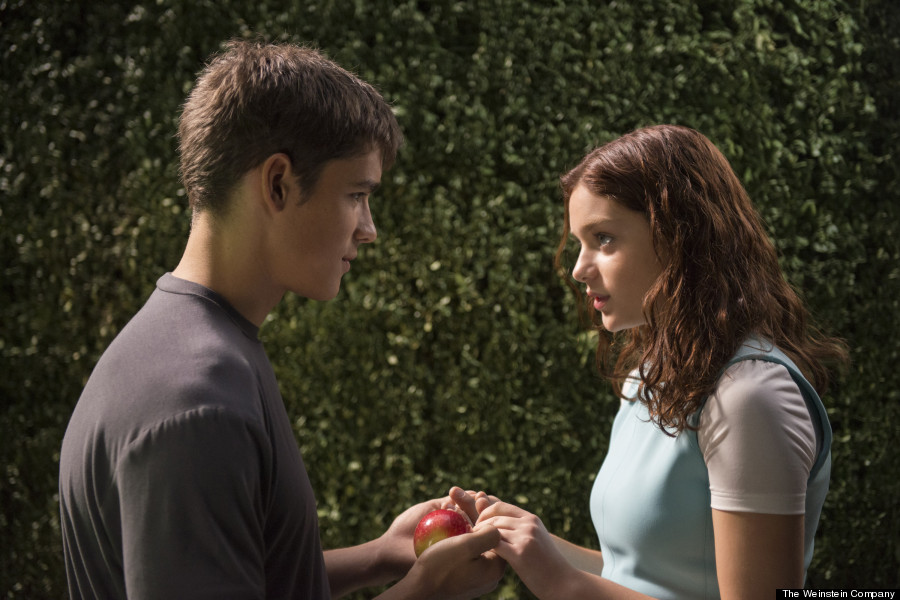 The third act is different from the book (including the introduction of a love story), but thankfully it's not too angsty.
Anyone looking for a "Twilight'- and "Hunger Games"-esque love triangle is out of luck. Because this society is unfamiliar with things like kissing and romance, Jonas only recognizes his attraction to Fiona after receiving memories that explicate what it is he's experiencing. He shows her what kissing is, which sounds like melodrama waiting to happen, but it's relegated to the movie's third act and never supplants the action that's actually integral to the story. Fiona then plays a vital role in aiding Jonas' plan to escape from the community and restore its pre-Ruins glory, and even though Rush's frigidity is distracting, the movie avoids the sulkiness that almost always overloads these YA adaptations.

The life-is-beautiful motif is heavy-handed.
One reason Lowry's simple prose is so graceful is because it's rich in philosophy without categorically invoking the book's themes. The same can't be said for the film, particularly during montages of Jonas' new memories, in which gorgeous images of global life events -- births, deaths, celebrations, crowd-surfing? -- flash by in brisk succession, "Tree of Life" style. There's a grand showcase of them toward the end, right as all the Serious Metaphors are rearing their heads during Jonas' escape, because, again, we need to be reminded what this story means. They're beautiful and may be well suited for some documentary about what it's like to experience life as a proper human, but here they're misplaced symbols from a story that's desperate for subtlety.