Iraq's Regimes Iraq is a country that has been through a lot--both during the Saddam regime and after his collapse. Since 2003, Iraq has witnessed the American invasion and war against Saddam Hussein, a bloody civil war, sectarian violence, political unrest, security vulnerabilities, and the rise of Islamist terrorist groups.

Since then, the common news about Iraq has featured almost daily suicide bombings that target Shia-majority areas, or in 2014, the massacre of Yazidis and other religious minorities by ISIS. It is true that Iraq was able to establish a democratic system and reform its constitution, but it wasn't long before the Islamic Dawa Party, an Islamist Shia political party, turned the new democratic system into a poisonous tool to increase sectarianism, terrorism, and corruption.

Unfortunately, Iraq transitioned from Saddam's ruthless Ba'athist regime to another authoritarian ruling system. Although it appears from the outside looking in that Iraq organizes elections and chooses its ruling party, Iran is the real official influence manipulating Iraqi political matters, stemming from the Islamic leader Ali Khamenei and the doctrine of Wilayat al-Faqih.

They manipulate the Iraqi Shia religious imams, empower Shia Islamist parties such as the Dawa Party, and establish their military militia inside Iraq. Generally speaking, Iraq is an important center of Shia Islam theology; it has many Shia Islamic clerics and religious leaders. Since gaining political authority, they have formed a mafia of Islamist Shia and Shia militia members of the Mehdi Army and the Badr Organization.

Intellectual Light However, there is an intellectual light coming from the darkness of this religious mafia group. There are religious scholars, intellectuals, and political activists calling for a secular and liberal Iraq. One of those important people is Iyad Jamal Al-Din, a prominent Iraqi intellectual, social reformist, political activist, and religious cleric. He has had an active political life, as both a member of the Iraqi Parliament from 2005 to 2010 and as the representative of Nasiriya, a city Southeast of Baghdad.

Al-Din's main goal is to secularize Iraq and to separate religious influence from political life. But despite his positive agenda, he encounters opposition and criticism from religious clerics, as well as secular activists themselves. The religious mafia feels very threatened by his rebellious ideas, critical enlightenment, and reformist thinking. They call him an American agent and an atheist. On the other hand, secular activists and atheists criticize his religiosity, his devotion to his religion, and his wearing of a black turban.

Al-Din harshly criticizes the imperialistic influence of Iran and the terrorist Wahhabi groups inside Iraq. According to him, Wilayat al-Faqih is the most poisonous ideology that politicizes Islam, and it creates a central power in the Ayatollah, currently Khamenei. As a consequence, Iranian leadership is able to control the political and military aspects of life in Iraq. Though Iraq has a democracy, mullahs chosen by Wilayat al-Faqih are the controlling elite. Al-Din is the only honest and straightforward Shia cleric who admits that the current Shia-majority government is sectarian and gives rise to Sunni terrorist groups.

Al-Din continues to be a leader in the fight to establish a secular Iraq. He speaks about the political Islam phenomenon among Sunni societies, like the rise of Muslim Brotherhood, Wahhabis, and Salafist groups such as Al-Qaida--often through Western media outlets. He denounces political Islamists such as Hassan al-Banna for establishing this doctrine of political Islam. For Al-Din, political Islam is the core reason for the rise of terrorism within the Islamic society. He condemns the political aspects of Islam, the blind religiousness phenomenon, and how Muslim scholars and their followers who believe in a strict literal interpretation of the Koran, hadith, and religious texts insist on applying it in the political and social aspects of life. 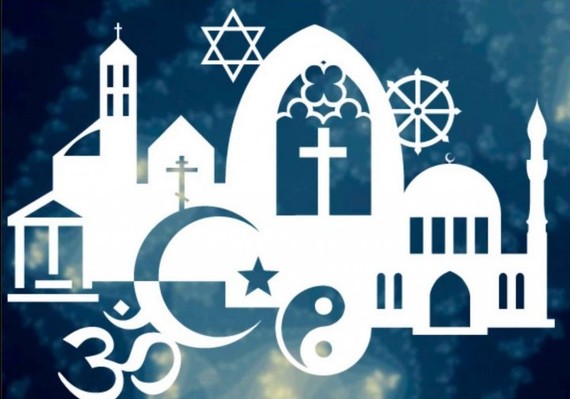 Intellectual clerics spreading positive messages do exist in this chaotic world of the Middle East. However, they don't have social support or political institutional support to empower their voice, and they are either silenced by their regime and mullahs or rejected by their brainwashed society. In the media, Western world leaders and societies always express their will to fight terrorism, but they never thought of empowering the light; they never thought to solve the core problem: by attacking the ideology.

After all, if it's better to light a candle than curse the darkness, then why don't we help reformist activists convert their words into legitimate actions? Why don't we create a legitimate international media institution to permit those Arabic-speaking, liberal mullahs and thinkers to speak their mind to the whole world?