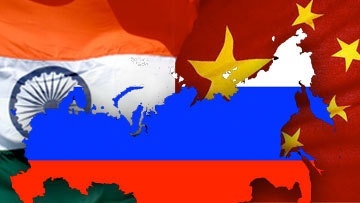 Are western sanctions over Russia's support of Eastern Ukraine separatists, the declining price of oil, and the sharp decline of the ruble causing significant enough pressure on the Russian economy to change Putin's stance on the Ukraine? In a recent report the United Nations estimated that of the 454,000 people who had left Ukraine by the end of October, more than 387,000 went to Russia. The Eastern Ukraine problem is defined by the fact that many people in the region feel closer to Moscow than Kiev. However almost 400,000 refuges, independent of whether they are ethnic Russians, is not what Russia wants at a time when it has economic problems. With the immigration and economic consequences Russia has experienced, it is not surprising that the West would expect Putin to change his policy. There are however no concrete signs of any change. Despite the drastic impact of sanctions; we do not anticipate changes in Russia's foreign policy towards Ukraine. Yes, there will be a ceasefire. Yes, Russia will continue to sell gas to Ukraine, and yes Western Ukraine will be closer to the EU, while Eastern Ukraine will have status of a quasi-sovereign state. Instead of a major change in relations with Ukraine the West will watch Putin as he reinvigorates relations between Russia, China, India, and even Iran. The way Putin is responding to the western sanctions, falling oil, and the declining ruble is going to ensure that Russia is less dependent on the West in the future. History may show that the lesson of the western sanctions was to strengthen the rest of the world and reduce America's influence on Asia. The examples of this happening already are many, including Russia's multi billion dollar oil deal with China, and its support of India infrastructure and power plant construction. Just this week Putin made a one day stop in India to cement the a deal to use Russian resources to build 25 power plants in India.Putin recently, mentioned that Russia expects to secure a "role of a reliable energy supplier to the Asian markets". "Historically, Russia has exported most of its hydrocarbons to the West," but that is about to change. Russia recently cancelled it's 50 billion dollar gas pipeline through Ukraine to supply Europe. Putin has articulated, "that the European consumption is increasing too slowly...at the same time, the economies of Asian countries are growing rapidly". That is another way of saying that he is detaching Russian's economy from the West, which, in the end, maybe the true consequence of sanctions.