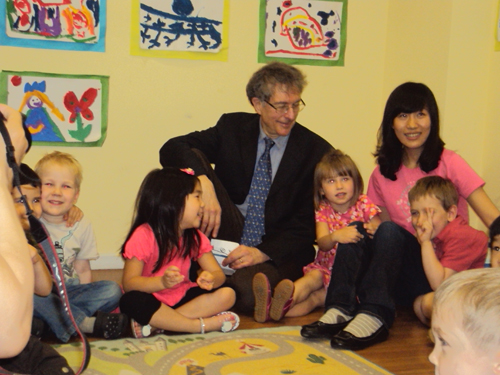 What do the 81.5 million students in this country believe their families value most?

What should the 81.5 million students in this country believe their families value most?

Howard Gardner is the John H. and Elisabeth A. Hobbs Professor of Cognition and Education at the Harvard Graduate School of Education. Among numerous honors, Gardner received a MacArthur Prize Fellowship in 1981. He has received honorary degrees from 26 colleges and universities. In 2005 and 2008, he was selected by Foreign Policy and Prospect magazines as one of the 100 most influential public intellectuals in the world. The author of 25 books translated into 28 languages, and several hundred articles, Gardner is best known in educational circles for his theory of multiple intelligences. Gardner directs the GoodWork Project -- a study of work that is excellent, engaging, and ethical. With colleagues at Project Zero, he is also investigating the nature of trust in contemporary society and ethical dimensions entailed in the use of the new digital media.

Dr. Gardner, what is your view on standardized testing?

Our analysis of the educational problems in the United States is very distorted. What does it say about the kind of a society we aspire to be, when we are analyzing our educational success almost entirely on standardized test scores in a few subject areas? Even the focus on global competitiveness, particularly with respect to test scores, is misguided. Instead, we need to focus on the kind of human beings we want to have and the kind of society in which we want to live. That is why, for two centuries, we have been much admired (and even imitated) around the world. Once we get that straight, I am not worried about our test scores or our rankings in one or another international ranking system.

What elements are missing from our current system's definition of educational excellence?

My belief in why America has been doing so well up to now is that we have been propelled by our immigrants and our encouragement of technical innovation and, indeed, creativity across the board. Historically, that's been more important than the schools we have and the test scores we post. I believe this is what has enabled America to take a leadership role in the last century. And yet we talk about the problems in America being about the kids in school, particularly the kids in the inner city, who aren't performing well. Of course we would like to improve education for all children.

But, look at what has happened since 2001. Enron, Lehman Brothers, AIG - all synonyms for great malpractice on the part of the so-called "best and the brightest." The unvarnished market model - everything can and should be counted, ranked, bought and sold - has brainwashed the culture. We've lost our sense of values. Success is being evaluated in one dimension only, and that is getting wealthy at all costs. There have been many casualties and probably will be more. We need to go beyond fear and greed - we need to re-establish a sense of trust, and to identify persons, practices, and policies that are truly admirable.

For the past 15 years, my colleagues and I have been working on the study of Good Work (GoodWork: Theory and Practice project--see goodworkproject.org and goodworktoolkit.org ) as a model for forward thinking that should be nurtured in the educational system. Good Work is about how we can help young people live a life of good work and good citizenship. We and the youth whom we hope to inspire should strive to live by 3 E's, which are firstly, technical Excellence (the worker knows his work and keeps up with the latest knowledge and techniques); secondly, being Engaged in the world around us (it feels good, it feels right, and it is personally engaging); and finally, good work is good in a moral sense, and that means it is carried out Ethically in a way that is responsible.

Let's apply this simple lens to our current educational system. I would say that in the inner city, the issue has been Excellence, and we're spending plenty of money trying to get that right. In the heartland, the problem has been about Engagement. Kids go to school and college and get through, but they don't seem to really care about using their minds. School doesn't have the kind of long term positive impact that it should. The upper middle class children who populate the suburbs have weak ethical muscles. On one calculus, they may be the "best and the brightest", but they have been dominated by Money, Markets, and Me. To my mind, that's been the wrong dominating figure in America over the past years. Of course, that is not the problem of the young people - it is the problem of the models that we older people have established and the kinds of signals that we give from birth onward... and I am afraid that it is many of the readers and writers of this blog. We need to "heal ourselves".

The countries who do the best in international comparisons, whether it's Finland or Japan, Denmark or Singapore, do well because they have professional teachers who are respected, and they also have family and community which support learning. I worry about the messages we send when we have such a focus on tests, data, and rankings. 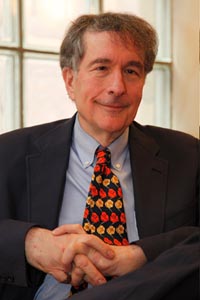 "Success is being evaluated in one dimension only, and that is getting wealthy at all costs." -- Howard Gardner (photo courtesy of Harvard University)

I sometimes say that if we tripled the salaries of teachers, the problems would evaporate. That's not literally true, but the low status of teachers and the lack of a career path are problems, perhaps fatal ones. [Editor's note: a 2011 OECD report shows US teachers' pay level is 22nd out of 27 countries researched.]

How do we send the right messages to kids about citizenship and community?

Powerful leadership needs to send new and different messages about the definition of success. I don't see how this can be done without the media - traditional and informal - and without gutsy leaders. When I think about the Republicans who are competing for the presidency, and the lackluster response from the current administration, I weep.

What are your thoughts on how might use the internet to achieve the objective of helping kids become better citizens - e.g. changes in online behavior?

The biggest communities in which young people now reside are online communities. These are like the "wild west" - there are no solid norms, and so everyone is going her own way or improvising. At our GoodPlay project (see goodworkproject.org) we are trying to work out suitable ethics and citizenship for these young people, our future leaders. At that site you can read about our collaborations with the New Media Literacies project and Common Sense Media.

How might colleges assess children on multiple levels (other than standardized tests)?

The better colleges have more resources and are able to and need to allocate more of these resources to assessing incoming students so that test scores alone (vs. multiple measures) don't play a dominant role in the admissions criteria. Nonetheless, colleges (including the ones with which I am associated) brag about the combined SAT scores. Even more hypocritically, those that have made the tests optional still attempt to recruit from the ranks of the higher scorers. Lloyd Thacker and his educational conservancy are trying to address this dilemma.

Should we be assessing values, discipline, respectfulness and good citizenship more?

Such assessments can and need to be done, but not by paper and pencil or computer-delivered tests! The traditional British system of knowledgeable inspectors is the best way that I know. Judgment by informed, disinterested (in the literal sense of that word), and wise individuals is the way that we can and should make our most important decisions as a society, and indeed, as a planet.

We should not evaluate our educational success based on standardized test scores in a few subject areas.

The better colleges are able to and need to allocate more of their resources to assessing incoming students so that test scores alone do not play a dominant role in the admissions criteria.

The countries that do best in international comparisons have professional teachers who are respected, and they also have family and community which support learning. 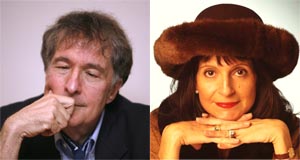