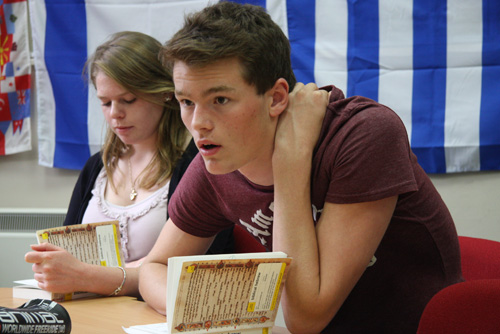 "The education system that will optimize the prospects of success in the global world will be one that develops passion, releases creativity, and which has deeply challenged its young people." -- Anthony Seldon

Developing the whole child has been the goal of many leading global educators. Those who are succeeding appear to have struck the balance among learning, assessment, and helping students understand who they are, what they love, and what positive contributions they can make to their communities. Dr. Anthony Seldon's work is one of these success stories.

A pioneer of innovative teaching, Seldon is the head of one of the UK's highest profile independent schools, Wellington College, and continues to be at the forefront of British and international education debates. His views on education have regularly been sought by government and political parties. He is a passionate exponent of co-education, the International Baccalaureate, the teaching of happiness and well-being, and the development of the all-around child.

Dr. Howard Gardner, globally respected author of Frames of Mind: The Theory of Multiple Intelligences, comments: "Anthony Seldon is a provocative and thoughtful educator. Rather than clinging to received wisdom, he thinks originally about the virtues that are most needed in education today. He has been influenced by work in positive psychology (like that of Martin Seligman and Mihaly Csikszentmihalyi) as well as work in cognitive psychology. He also has stimulated me to think more about the spiritual dimensions of education. I consider Anthony a force for good in independent school education in Britain and elsewhere, including the US."

Seldon joined Wellington College (a co-ed high school in the UK) in January, 2006. At a time that schools world-wide were grappling with questions related to how an education might evolve to match the 21st century and the aspirations of young people, their families and communities, Seldon established a unique curriculum. This included creating an all-around or holistic model of education which is called "The Eight Aptitudes" (inspired by Dr. Howard Gardner's Theory of Multiple Intelligences). The aptitudes focus on the development of each child's logical, linguistic, social, cultural, physical, personal, spiritual, and moral gifts. Each semester, students in the school are required to set goals for themselves in each of these eight aptitude areas. The college is also known for its commitment to teaching students well-being and happiness as part of the core curriculum. Significant focus is placed on leadership, community service, and internationalism. The curriculum offers the International Baccalaureate (almost one third of the students now sit this test instead of the A Levels) alongside A Levels and the GCSE (UK standardized tests).

Dr. Anthony Seldon is author or editor of over 25 books on contemporary history, politics and education. His publications include Blair Unbound, Trust: How We Lost It and How to Get It Back, An End to Factory Schools: An Education Manifesto 2010-2020, Politics of Optimism, and Brown at 10. His latest book, Happiness (Lion Hudson), will be published in spring, 2012. He is also a governor of the Royal Shakespeare Company. Dr. Seldon shares his answers to our big picture questions in this week's Global Search for Education.

What kind of education system will permit a country to have the people skills needed to compete globally?

Global success is not just about grunt and graft (British expression for hard work) -- which is what the world's factory schools and factory universities are excelling in. There will always be grunters and grafters, whatever the education system. So the education system that will optimize the prospects of success in the global world will be one that develops passion, releases creativity, and deeply challenges its young people. It will be the one that develops all their aptitudes and intelligences, not just a narrow range, as presently happens.

"Anthony Seldon is a provocative and thoughtful educator. Rather than clinging to received wisdom, he thinks originally..." -- Dr. Howard Gardner

What elements are missing from current national education systems and what kind of system do you believe works best?

The International Baccalaureate at Middle Years and Diploma level is not perfect, but it allows teachers to teach, students to think for themselves, and for the world in all its interconnectedness to be far more understood than most national systems. Wellington College, in our Eight Aptitudes model, is we believe the most advanced model on offer in schools developing multiple intelligences. The students build their profiles term on term towards their final graduation certificate. However, not all the eight aptitudes can or should be assessed.

Does standardized testing properly measure the mental capabilities of all individuals?

I don't think we should agonize overly about standardized testing. What we should be trying to do is to ensure that everything else that the school does encourages the qualities outlined in my first two responses.

What do you believe is the best way to address the issue of the achievement gap?

There are many reasons that explain the gulf between rich and poor in educational attainment across the world. Giving non-privileged children outstanding schools with the very highest expectations and standards of discipline is the best way to reduce the gap.

What can be done to better address the emotional well-being and intellectual potential of the individual, which appear to be suffering under the current system? 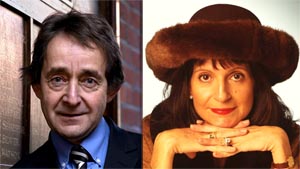