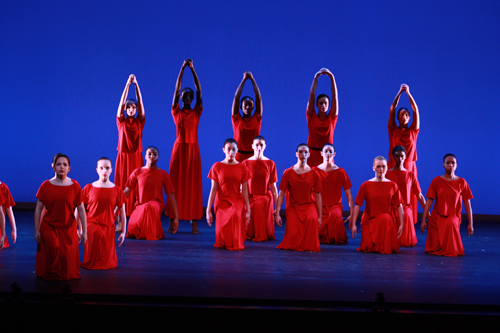 "Dance education cannot just be about learning a system of physical moves. It has to include ways to practice thinking, improvising, risk taking, using your imagination" -- Janet Eilber

In American culture today, Martha Graham's legacy serves as a constant reminder of the importance of dance in our lives. Graham, who died in 1991, remains the most honored and celebrated figure in American dance, one of its most important dancers, and the mother of modern dance. Cameron Basden, Director of Dance, Interlochen Center for the Arts, explains: "In finding the next Martha Grahams of the world, a mixture of tools are a necessity. Good dance training - a solid foundation enhanced with various styles and techniques; and the ability to explore and create through composition, choreography and collaborative work. Most important of all is having something to express or say through movement, which requires a safe environment for expression while having clear parameters. With that being said, artists need to be encouraged to think outside the box."

An innovator, a dancer, an educator, an artist, a visionary, Martha Graham revolutionized not only the world of dance but of music, costuming, stage designing, make-up and lighting. It is mind boggling to watch students perform works such as "Heretic", "Steps in the Street", "Dark Meadow Suite", "Prelude to Action", "Panorama", and "Diversion of Angels" and consider that these ground breaking works which may appear to some (who don't know Graham well) as 21st century world premieres while they are actually classic masterpieces originally created by their master in some cases over 80 years ago. "The Graham technique benefits the mind, body, and spirit of the dancer," explains Mary Harney, Artist-in-Residence at Skidmore College. "Graham's influence can be seen in the work and philosophies of many of today's top choreographers, Ohad Naharin and Robert Battle among them. Will there be a next Martha Graham? Perhaps?"

Throughout North and South America, Europe, Africa, Asia and the Middle East, Graham's work has received international acclaim. Since 2003, the Martha Graham Dance Company has partnered with schools and universities all over the world to showcase Graham's dances. "In my fourteen year experience of teaching children the Graham technique, I have discovered that they love Martha's stories, ideas, and concepts behind the movement studies which they use imaginatively to produce the movement. The result is a freer thinking individual -- self-motivated and more self-reliant with sharper critical thinking skills and self- discipline," comments Peter London, Professor at The New World School of Miami-Dade and Artistic Director, Peter London Global Dance Theater. 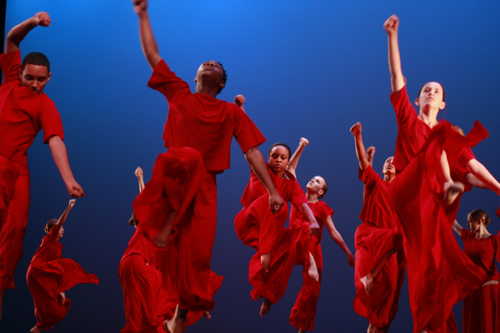 "Graham's influence can be seen in the work and philosophies of many of today's top choreographers, Ohad Naharin and Robert Battle among them. Will there be a next Martha Graham? Perhaps?" -- Mary Harney

This Wednesday, March 14, at the Joyce Theater in New York City, 100 students from Interlochen Arts Academy (Michigan), Point Park University (Pennsylvania), University of Arizona (Arizona), Skidmore College (New York), The New World School of the Arts (Florida), The Hartt School of the University Of Hartford (Connecticut), and the Graham II School, will take the stage to educate, amaze, inspire, and remind us that we need more Martha Grahams. I had the opportunity to chat further with the Artistic Director of the Martha Graham Dance Company, Janet Eilber:

What do we want children to gain from an arts education - what are the values that are there?

We want children to understand the value of self-expression and through that expression, the value of self. We want to give them an opportunity to deeply connect with what they have to say by giving them alternative ways to say it. We want them to understand success and accomplishment in a way that may not be available to them in the more traditional academic approach. We want children to have a better informed perspective of themselves within a greater understanding of the world. Graham's art, her themes and her innovations reverberate with the idea of self-empowerment. The essence of Martha's revolution is that she took the gestures of body language -- the most primal form of self-expression -- and theatricalized them. Even the youngest child can connect to the idea, but these personal discoveries seem to be particularly revelatory with our university age dancers. 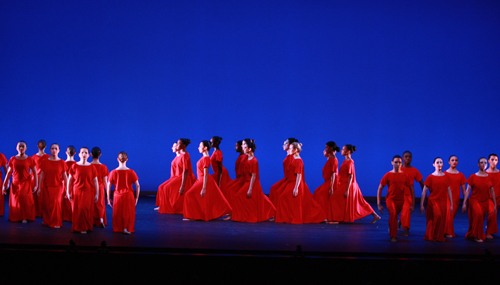 "The field of modern dance is poised to expand its approach to education and audience access." -- Janet Eilber

What is the Graham's company vision for ongoing dance education in educational institutions in the next 5 to 10 years?

We feel that the field of modern dance is poised to expand its approach to education and audience access. The field was born out of, and driven by, revolt - rejecting the past in order to forge the future. But now we are about one hundred years old, and we have to recognize that we have a body of classics - masterpieces of American art - and an important past which we must honor and build upon. We need an approach to American Dance that celebrates both the past and the future, that uses its legacy of innovation as a launch pad to inspire new work and the creativity of future artists.

How do you assess students participating in this event?

There are many ways to assess the journey - and by that I mean the artistic process of these students coming to the Joyce Theater on March 14. There are the more easily measured things like whether they came to rehearsal on time, whether they arrived warmed-up and invested themselves fully in the work, whether they applied corrections they received from one rehearsal to the next. Then there are the more difficult assessments - whether they were able to find their own connections to the emotional themes of the work, to create a personal interpretation, to invest the movement with meaning, to reveal something about themselves. If by studying and performing a Graham masterwork, these students have learned something about themselves, have given more of themselves emotionally as well as physically than they may have thought possible, that's a lesson that will stay with them and inform their lives whether or not they go on to become professional dancers. 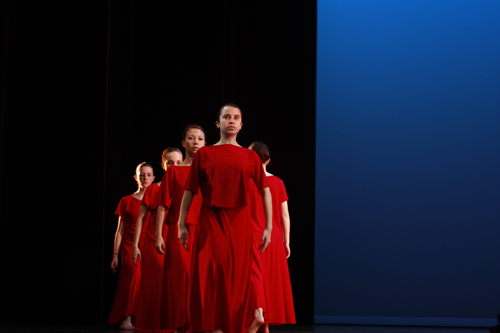 "We have to recognize that we have a body of classics - masterpieces of American art - and an important past which we must honor and build upon." -- Janet Eilber

What elements do we need in our arts education system to inspire more innovators like Martha Graham?

The essential elements are technique and imagination. We need both the discipline of technique and the openness and confidence to use it in remarkable new ways. Dance education cannot just be about learning a system of physical moves. It has to include ways to practice thinking, improvising, risk taking, using your imagination, and leaving yourself open to ideas or paths that may seem wildly unrelated to your goals. I worked on a project called "The Brain and The Arts." Some scientists had studied the process of scientific or medical innovation, i.e. the exact moment that great ideas were born. They discovered ground-breaking ideas often came about after scientists had been in conversations with others they rarely worked with - from very different areas of science. Somehow the cross-pollination had triggered new connections that pushed their thinking forward. I remember working with Graham when she was beginning a new dance. She would never start with movement. She would start with ideas - from poetry, from the visual arts, from philosophy. She was inspiring herself, gearing herself up with diverse and rangy thinking, spurring her own imagination. If we can teach students how to do that, we have a chance at nurturing the next generations of Martha Grahams. 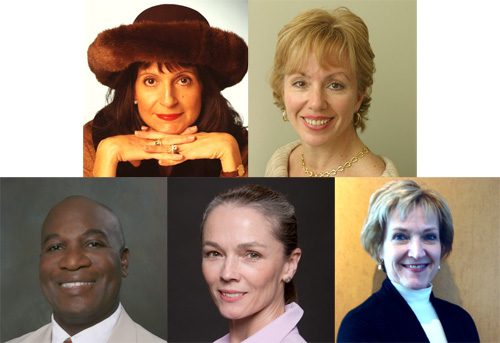