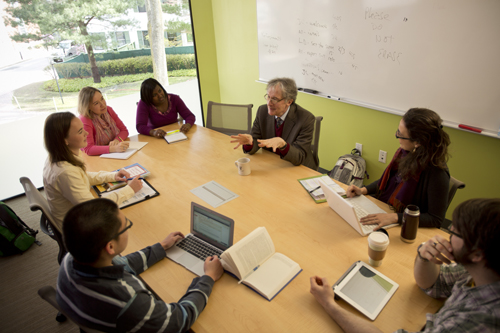 Has there ever been a more important time to debate the big picture questions of education? As nations around the world reform education to prepare their students for the 21st century workplace, are our students ready to compete? In five interviews with education luminaries, I've asked them to imagine they were Secretary of Education and to discuss how they would address the issues facing America.

Today, my imaginary Secretary of Education is Dr. Howard Gardner. Dr. Gardner is the John H. and Elisabeth A. Hobbs Professor of Cognition and Education at the Harvard Graduate School of Education. Among numerous honors, he received a MacArthur Prize Fellowship in 1981. Dr. Gardner has received honorary degrees from 26 colleges and universities. In 2005 and 2008, he was selected by Foreign Policy and Prospect magazines as one of the 100 most influential public intellectuals in the world. His most recent book is Truth, Beauty and Goodness Reframed: Educating for the Virtues in the Age of Truthiness and Twitter.

"Asking me to be Secretary of Education is a stretch, if not a counterfactual state of affairs, since my ideas and values are quite distant from those of my predecessors. Nonetheless, if, knowing of my views, a hypothetical President were to appoint me, here's how I would answer his or her questions."

What should the role of the federal government be in K-12 education? How much more funding should be given to education reform and in what major areas should it be spent?

The Federal Government plays a crucial role in ensuring civil rights and equitable distribution of funds to districts-in-need and to talented students. In the last few decades, it has become involved in issues of curriculum and assessment. While the motivation may have been praiseworthy, the results have been mixed. In many ways, the education that has been promoted is regressive; it presumes a population that was needed in the 19th or 20th century, rather than the graduates that we should want and need for the 21st century (versatile, critical and creative problem solvers, and responsible, decent, well-informed citizens). The curriculum has been increasingly narrowed to STEM (science, technology, engineering, math) subjects and the assessments to multiple choice, fact-centric instruments.

Every educator and every parent in America should read Pasi Sahlberg's book, Finnish Lessons. Finland has catapulted from a country with a mediocre educational system to perhaps the most admired system in the world. It has done so by ignoring the GERM (Global Educational Reform Movement) approach to educational reform (Sahlberg's sardonic term) favored by the U.S. and England.

Finnish education features: 1) a highly professionalized teacher cohort; 2) a very 'flat' system. Schools around the country look similar to one another and each classroom contains the range of students. Teachers are expected to deal with the range - little talk about 'special needs' or 'special education.' There is plenty of art, music, and crafts in the system, and the amount is being increased this year! Also, through ninth grade, there are few formal tests.

What would be your position on improving the teaching profession, including recruitment, teacher training, compensation, and assignment to low income schools?

The key to a high performing educational system -- whether it is in Finland, Singapore, or Canada -- is a highly professionalized teacher corps. Professionals know their subjects and how to teach them effectively. They are given status, autonomy, and a reasonable standard of living, on the assumption that they can make judicious decisions about complex, not easily solved dilemmas. (For more on the good professional, see goodworkproject.org). The bulk of federal discretionary funds should be used to shift our country from a K-12 teaching cohort that is not distinguished academically and has not had the opportunity to act in a professional manner to a cohort that is as well-informed as our best engineers and physicians and as thoughtful and fair minded as our best judges.

The most skilled teachers should work in the most challenging districts and should be compensated accordingly. We should be recruiting from the same ranks as Teach for America, but not for a two year immersion -- rather for decades-long dedication to a noble profession. Teacher training should take place over several years, largely on site, and not in brief 'boot camps'. There should be a career path from intern to teacher to master teacher and teacher-of-teachers. The issue is NOT price -- we spent trillions on wars, and give huge tax breaks to multi-millionaires, with hardly any second guessing.

What would be your position on school choice, including charter schools and their expansion, private schools, vouchers and investment in inadequately staffed and facilitated low income schools?

Given the disagreements and different value systems across the American educational system, the experimentation involved in charter schools has probably been worthwhile. It has hardly been revolutionary in any sense, and certainly not in results. I have stated for twenty years that we cannot expect charter schools to be notably better than regular public schools because ultimately they draw on the same population of teachers and students and, except in a few cases, have available equivalent funding.

In a country that was truly serious about educational reform, one would aim for excellently trained teachers in the full range of public schools, and there would be no need for charters or vouchers. The needed experimentation can be done within the public system as happens, for example, in Singapore. 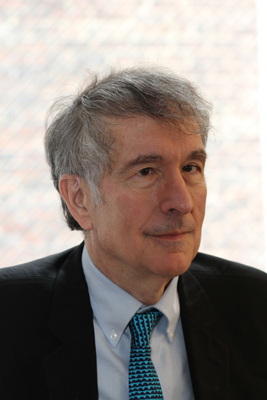 What would be your strategy to address the domestic and international achievement gaps, including your position on early childhood education, standardized testing, on-line modular education, and teacher/principal accountability?

Though it is politically incorrect to say so, I think the U.S. has spent much too much time and energy documenting the achievement gap. Any social scientist, indeed any reasonable observer, could have told us twenty years ago that there would be large achievement gaps across racial and socio-economic groups. And any person with common sense could indicate the kinds of steps that were likely to lead to the reducing of the achievement gap.

In the U.S., we have a figure/ground problem. The dominant figure has become test scores and international comparisons -- everything is focused on this 'league table' mentality. As a person who believes in the United States as it once was, the 'figure' should be the kind of society that we want to have and the kind of human beings that we want to nurture. All education, including testing and ranking, should be organized around the attainment of that vision. I believe that if we succeeded in having schools that were as good as our country can be, the test scores and rankings would take care of themselves. Remember, too, that the U.S. remained predominant, despite earlier threats from the Soviet Union and Japan; this was not about our test scores, it was about the health of our society.

What would be your position on curriculum reform, including the role of the arts, the treatment of ethics, and the adoption of blended online learning?

Our educational system ought to reflect the highest values of our society. I believe that education in the arts should be as central in the lives of young people as education in science or mathematics. Moreover, and this may ensure my marginality in current discourse, I believe that education in the arts needs no justification in terms of 'transfer' to other subjects or to its generation of wealth; it is a 'good' in itself. Indeed, societies are ultimately remembered for their art and culture, and that is as it should be.

Since I've devoted almost twenty years to the promotion of ethical thinking in young people, I don't have to reiterate the importance of ethics in the educational system. There is nothing wrong with courses in ethics. But ultimately, the most powerful 'treatment' is the way that adults behave, at home, at school, and in the workplace; and the kinds of signals given by our society to those who behave ethically and those -- often working on Wall Street -- who do not. If ethics is 'in the air' and 'on the street', young people will notice; and if ethical behavior is honored in the breach, rather than in the observance, that will, alas, be noted as well.

When I describe my studies of 'good work,' to strangers, their eyes often glaze over. Hearing about 'bad work' is so much more tantalizing. But I gain attention when I point out that all over the world, people admire our legal system, our judicial system, our journalism, our institutions of higher education. And yet, I can testify first hand, that we are doing our best, as a society, to undermine those institutions. What a tragedy! That is because, over the last four decades, ethics has taken a back seat to the accumulation of wealth, by any means possible. The best political system is NOT untrammeled capitalism; it is the subtle blending of democracy, capitalism, and socialism -- as observed in Scandinavia and in Northern Italy.

What would be your position on how to make college affordable for more qualified low income students?

Again, I risk being politically incorrect. I am great believer in the liberal arts, as conveyed in our best residential colleges, and I believe that Yale (and Swarthmore and Williams) are worth what they charge -- and of course, they actually cost more than they charge. It would be tragic if these schools were to abandon their educational mission, again at the very time that the rest of the world (e.g. ,Singapore, the Emirates) are trying to emulate them.

But, alas, an education like this is only available to families that are affluent, or to the lucky few who benefit from need-blind admissions; the inequity of human, social and financial capital is fanning the distance between the haves (the upper 1 percent) and everyone else.

I have several suggestions: 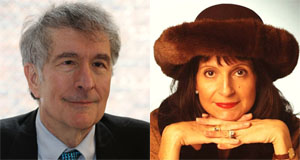