Some British experts think as many as 20 percent of the UK Lyme disease infections arise from Brits acquiring the disease while vacationing in Lyme disease hot spots such as the United States (New England) and parts of Central Europe. Lyme (Borreliosis), Anaplasmosis /Ehrlichiosis, Babesiosis, Rocky Mountain Spotted Fever, Bartonella, Tularemia, and more recently, Borrelia miyamotoi (a distant relative of Lyme Borreliosis) are recognized tick-borne infectious diseases in the United States of which the Centers for Disease Control and Prevention (CDC) claims Lyme disease is the most common and fastest growing illness. 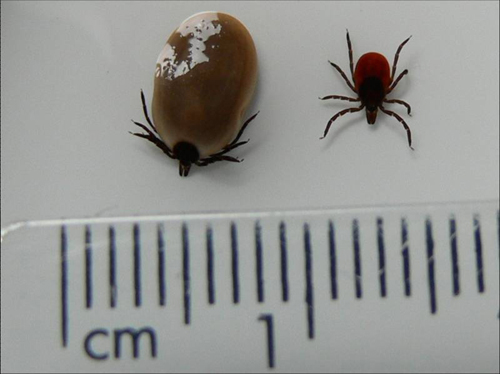 "Organisms in the Borrelia genus are widely distributed across the world. Species associated with disease similar to Lyme disease are found in Europe, North America and Asia." -- Tim Brooks

Today in my focus on Lyme disease and other tick-borne illnesses around the world, I look at the UK. I am joined by Dr. Tim Brooks, Head of the Rare and Imported Pathogens Laboratory - Public Health England, Stella Huyshe-Shires, Chair of Lyme Disease Action, Dr. Richard Bingham, who is studying Lyme disease at the University of Huddersfield, and Ted Wilson, Director and Silviculturist at Silviculture Research International Ltd.

What is the annual incidence of Lyme disease in the UK?

Stella: We don't know because only positive blood tests are recorded and these are about 1000/year. Public Health England estimates a further 2,000-3,000 cases are diagnosed at the stage of the rash. Lyme Disease Action estimates a possible 15-20,000 new cases/year, but this is based on a small sample area.

Tim: Since the introduction of enhanced surveillance in 1997, over 6,900 cases have been reported in the UK. Mean annual incidence rates for laboratory-confirmed cases have risen from 0.38 per 100,000 total population for the period 1997-2000, to 0.64 in 2002, and to 1.64 cases per 100,000 total population in 2010. Many cases are diagnosed by general practitioners on the basis of a rash, and since these are not usually tested for Lyme antibodies, they are not included in the figures quoted.

Ted: It is also important to note that a lot of UK citizens take vacations in other Lyme disease hotspots, such as New England and central Europe. We think that as many as 20 percent of infections arise from people acquiring the disease while abroad. At the present time, there is a significant government program dedicated to encouraging the population to be less sedentary and more physically-active. A big push is on the widest use of public forestland and other open spaces for walking and wildlife watching. Given that Lyme disease is the most significant health risk linked to the natural environment in Britain, it is important that information is given to balance and minimize the risk of ill-health among a population that believes it is "doing the right thing" by using outdoor venues as a place for recreation, exercise and restoration.

How easily do you think this disease can be spread to any part of the world?

Tim: Organisms in the Borrelia genus are widely distributed across the world. Species associated with disease similar to Lyme disease are found in Europe, North America and Asia. Related organisms are present in Africa, and cause a variety of infections, although research into the burden of this disease is only in early stages at present. Micro-organisms adapt to their vectors, and different Borrelia associate with their own preferred species of tick. Ticks can be transported long distances on birds, and do occasionally establish themselves in new localities.

"Many current diagnostic tools rely on detecting antibodies against Borrelial surface proteins. If we have more knowledge about exactly what proteins are present at the bacterial surface, this may be used to improve this type of test." -- Richard Bingham

Do you have a reliable test for Lyme disease in the UK?

Stella: No. Nobody does.

Tim: The PHE's Rare and Imported Pathogens Laboratory (RIPL) based at Porton Down, diagnoses Lyme disease by detecting antibodies to Borrelia burgdorferi, the organism which causes Lyme disease, in a patient's blood. RIPL uses the two tier system recommended by American and European authorities, a screening test followed by a confirmatory test based on a western blot. All testing is fully automated to avoid subjectivity and ensure consistency in reading the tests. Sensitive screening tests are used because they can detect low levels of antibodies; but they have the disadvantage of producing occasional false positive results in samples from some patients with other conditions.

Tim: Some patients who have been treated for disseminated Lyme disease with neurological or joint involvement will have persistent symptoms for some time after treatment, which may resolve with time. This is consistent with the tissue damage associated with an acute infection, but is not an indicator in itself of a chronic infection. Such cases should be investigated carefully if the symptoms do not resolve to exclude re-infection or other unrelated conditions.
Stella: Chronic Lyme means continuing Lyme disease after initial treatment, but as there is no effective test for this, there is much argument about whether it exists. We do not know whether continuing symptoms are due to active disease, and immune reaction or tissue damage.

Where are British researchers currently focusing their efforts in order to overcome the challenges of identification and cure of Lyme disease?

Tim: Public Health England (PHE) is working to improve awareness of Lyme disease amongst the public and recognition of the condition by general practitioners. We are also evaluating different diagnostic tests to ensure that any advances in this field are introduced in our practice when they offer a reproducible result that is specific for Lyme borreliosis. PHE Rare & Imported Pathogens Laboratory is negotiating with selected infectious disease centres to offer a special Lyme disease clinical service, and will be developing a specific set of guidance for the investigation and management of Lyme disease in the UK. Prevention of Lyme disease is one of the most effective ways of managing this infection. Although a successful vaccine against Lyme borreliosis was developed and introduced in the US, it was withdrawn for commercial reasons, so tick awareness, avoidance of tick infested areas if possible, avoidance of long grass, use of appropriate clothing in tick infested areas, and early removal of attached ticks remain the most important prevention measures. Nonetheless, research into new vaccines is continuing, but no product is likely to be available in the near future. 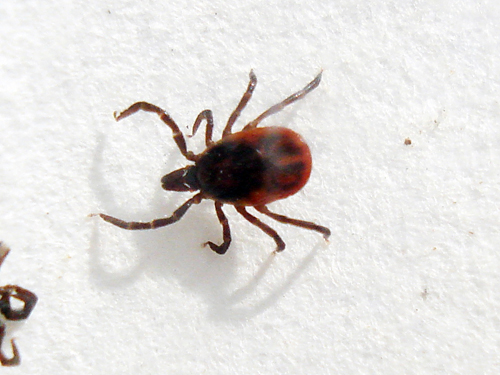 "Part of the challenge with Lyme disease is the fact that so many different elements and angles are required if we are to see a reduction in the incidence of the disease in Britain." -- Ted Wilson

Richard, what does your Lyme disease research currently focus on?

Richard: My research is directed towards structural studies of Borrelial proteins. I am currently looking at a variety of outer membrane proteins that have Factor H binding activity. We have cloned these genes and are producing recombinant protein in E. coli. Our aim is to use X-ray crystallography and small angle X-ray scattering (SAXS) to determine 3-dimensional structures. This structural data will be combined with biological activity to further our understanding of how Borrelia evade the host immune response.

Richard, how is this research relevant to finding better diagnostic tools and treatments for Lyme disease?

Richard: We aim to gain knowledge and understanding of Borrelia surface molecules. Many current diagnostic tools rely on detecting antibodies against Borrelial surface proteins. If we have more knowledge about exactly what proteins are present at the bacterial surface, this may be used to improve this type of test. As for treatments, we are studying a range of surface proteins and enzymes in Borrelia. Some of these enzymes might be drug targets of the future. A significant proportion of the Borrelia genome encodes for proteins with very little similarity to other organisms. This limits our understanding of how these bacteria interact with the host and evade the immune response. My objective is to target these poorly understood molecules. We are currently cloning the genes, producing recombinant protein in E. coli and attempting structural studies. I hope to publish some interesting results during the summer.

Ted, could you explain in a little more detail the goals of your forestry project for forest managers and visitors.

Ted: At the present time, I am about to start work on a Best Practice Handbook designed for forestry and natural resource professionals, and also environmental educators. The aim is to provide background information on ticks, their ecology, and Lyme disease that can sit in any office around the country and can serve as a "ready-reference" of useful information. In addition, I plan to look at both the public health messaging side and also the habitat management issues, to provide a range of best practice case studies where the risk of infection might be reduced in any one forest. Of course, it is important to remember that the ecological and public health dimensions are only one (important) strand in the fight to reduce incidence of Lyme disease.

On what research do you believe scientists around the world must give priority?

Stella: We engaged in a Priority Setting Partnership in which patients and clinicians together voted on their top 10 uncertainties for research. The top 2 priorities were to find the most appropriate treatment for the different stages of Lyme disease and to find a better test.

Ted: I believe that we need to tackle Lyme disease from a number of equally important angles. Clearly, minimizing the risk of infection is going to be the best option. If more people know about the disease and are checking themselves carefully after woodland or nature visits, then we can have a dramatic impact on reducing the burden of disease. Also important is basic research on the ecology and prevalence of ticks and the Borrelia bacteria (and other tick-borne bacteria). However, where people have been infected, there remains great controversy and concern about both the diagnosis and treatment options. This implies more training among health professionals, especially GP's, and also improvements in our diagnostic tests. So, part of the challenge with Lyme disease is the fact that so many different elements and angles are required if we are to see a reduction in the incidence of the disease in Britain.