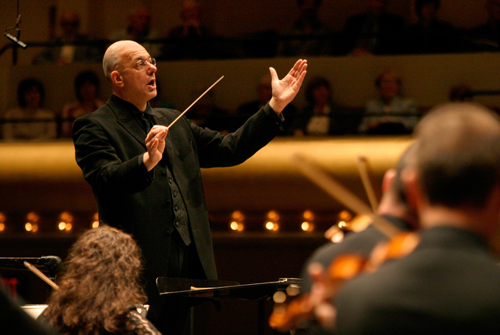 If music be the food of educational excellence, play on Maestro Botstein. Give me excess of Richard Strauss's Die Liebe der Danae at Bard Summerscape 2011.

That strain again Maestro, it had a dying fall. It came o'er my ear like the sweet sound of newly arriving Bard freshman eager to experience this spectacular operatic production (comedy, romance and drama set against Strauss's brilliant orchestral score), whilst relishing other rich works of literature and honing their writing skills in this, their first fantastical college orientation.

Enough, no more of this brevity.

Let us speak of even greater things with the innovative educator and president of Bard College, Leon Botstein: a man who understands the juxtaposition of art and education better than any; a pioneer in linking American higher education with public secondary schools; a principal conductor of the American Symphony Orchestra; a conductor laureate of the Jerusalem Symphony Orchestra; a founder and artistic director of the world renowned Bard Music Festival; but perhaps most intriguing of all, a man who earlier this year described himself on the Colbert report as "well brought up."

What kind of educational system will permit a country to have the human skills needed to compete globally?

The educational skills that will enable a nation to compete in the economy of the 21st century include the capacity (1) to reason using the language of argument, analysis, and interpretation, (2) to observe and recall the visual and auditory experience of daily life and formulate it in unusual and perceptive ways, (3) to understand the character and conduct of science, including computation, (4) to perceive beauty independent of fashion and popular taste, and (5) to construct and critique historical claims so as to fashion a notion of history.

These skills can be developed in a nation's population fairly and throughout all social classes only through a public system that permits competition and diversity. The expectations of all children in a nation should be the same, as should the opportunities. In an equitable, democratic system of education that reconciles excellence with equity, the outcomes will, however, not be uniform. But all will benefit from high expectations.

What is your view of standardized testing?

Standardized testing is an instrument of convenience for politicians. Its use for educators is as an indication of aggregate effectiveness. Its results are useless to the individual test taker. In the United States, standardized testing is a cruel disease perpetrated by policy makers and educators alike that separates learning from testing. The nation needs a new generation of testing instruments. Testing is crucial to achievement in the classroom. Tests must be frequent, designed by teachers, and involve immediate responses to the test taker sufficiently rapid as to make testing useful to learning. We need to understand the mistakes we make as we make them in order to learn from them. Current standardized testing in the United States does not meet that crucial criterion.

If generalization is possible, what elements are missing from the preponderance of the current systems?

The current system of education fails most decisively in its inability to sustain the natural curiosity of children. This is most evident in the failure of the American system to teach science. Every child is curious about the natural world, but schooling dampens that enthusiasm by exposing children to teaching based in ignorance and the idea that science is about facts and formulas. Curiosity and love of learning fail to be nurtured in our system of formal schooling. Therefore, ambition and desire for individual achievement are inevitably thwarted.

What is the state of emotional well-being among U. S. students?

One of the consequences frequently overlooked when we contemplate the failure of our education system is its effect on individuals whom the system has failed, which represents at least 50% of the population. Not only are their prospects for employment damaged, but they are also understandably and legitimately angry. Their anger is based in the correct inference that they have been shortchanged. Even the most steadfastly anti-intellectual and poorly educated individual retains his or her pride. Such individuals know that they live in a society increasingly dependent on counter-intuitive knowledge and skills that they do not have, rendering them vulnerable to widespread unemployment and underemployment. This recognition breeds resentment and rage as well as other symptoms of acute emotional distress. Resentment and frustration find an outlet in a politics of intolerance marked by allegiance to irrational beliefs that threaten our constitutional foundations of freedom and dissent. The failure of the educational system will be most visible in the growth of this form of reactionary politics that is little more than an expression of fear about what the future holds. 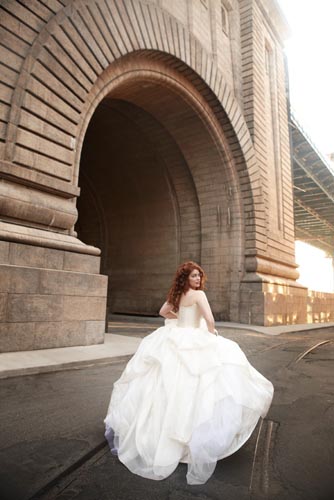 
Does your definition of educational excellence take into account the quality of life of individuals and of a society, including its artistic and cultural achievements?

The overall ambition of the Obama administration has been entirely admirable. Given the political opposition to public education that defines much of the policy conversation in the Republican Party, it is hard to muster enthusiasm for any criticism of Obama. One might wish for less emphasis on testing and charter schools. But if there is one area in which American policy makers on both sides of the political divide have consistently failed to consider, it is the significance of the arts and the importance of cultivating in children and young adults not only aesthetic sensibilities but also skills in the arts.

The immense pressure in economic terms on all public services, including education, has led to the belief that the essentials in education do not include the arts. The arts have long been regarded as supplemental and discretionary to the rigorous study of mathematics, science, English, and history. It is ironic that in order to cultivate achievement and ambition in mathematics and science, for example, one has to find ways to develop a variety of skills and habits that correlate, with striking regularity, to the impact of serious education in the arts. This impact includes discipline, the capacity for sustained independent work, the cultivation of memory, the use of the imagination, and the ability to conceptualize and to take risks and intuitive leaps.

Last but not least, the arts sharpen one's powers of observation and perception. Far from being decorative, the arts are crucial to the development of the parallel cognitive abilities associated with doing science and becoming competitive in the workplace. This is the reason why so many of the nations with whom we compare poorly in the learning of mathematics and science -- Japan, Korea, China, and Finland -- all happen to have highly developed and effective programs of arts education that reach the entire population. The overwhelming preponderance of data regarding the correlation between learning and instruction in the arts concerns music -- singing and playing instruments in a manner that requires familiarity with negotiating musical notation. But the same argument extends to the visual arts, especially in the age of the computer. The whole concept of design in terms of computer software, and in industrial design, for example, implies, properly so, an aesthetic component.

Indispensible in the educational definition of the arts is a recognition of the evolution over time of cultural taste. Understanding one's own culture and society as well as those of others is crucial to perceiving opportunity. This capacity for perception seems to be indispensible, for example, to the analysis of markets and needs in any economy.

The challenge facing educators is enormous. The streak of anti-intellectualism in American life that has been a factor in our politics since the 19th century, has not at all diminished. The success of America in the 20th century gave it a premature sense of its superiority and entitlement. For the nation to regroup, develop a sense of common purpose, and compete, a renewed commitment to public universal education is indispensible. It is the one public good to which all should be able to agree. Our common heritage and future are at stake. No individual or elite group can hope to escape the dire economic and political consequences of the continued deterioration of our educational standards and achievements. A broad-based renewal of public education is an indispensible condition of America's survival as a productive and free society with an enviable standard of living for all.

The expectations of all children in a nation should be the same, as should the opportunities.

In the United States, standardized testing is a cruel disease perpetrated by policy makers and educators alike, that separates learning from testing.

If there is one area in which American policy makers on both sides of the political divide have consistently failed to consider, it is the significance of the arts and the importance of cultivating in children and young adults not only aesthetic sensibilities but also skills in the arts.

No individual or elite group can hope to escape the dire economic and political consequences of the continued deterioration of our educational standards and achievements. A broad-based renewal of public education is an indispensible condition of America's survival as a productive and free society with an enviable standard of living for all. 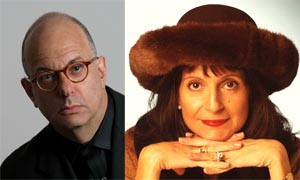