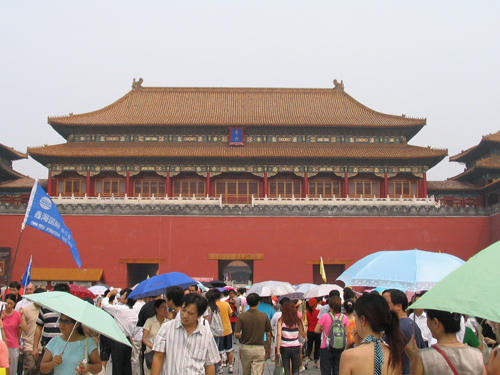 "We in the US can learn from the Chinese approach by holding our own multidisciplinary scientific conferences, where researchers, clinicians and specialists come together with government officials to tackle this global epidemic." -- Richard Horowitz

To date in my "Ticks" series, we have learned from leading global experts that tick-borne illnesses (including Lyme disease) are possibly the most complicated and substantial global medical research challenges that exist today and that they threaten to dominate global health care tomorrow. Solutions are tough to find since the bacteria are difficult to diagnose and treat due to the complex multi-disciplinary approach often required.

International travel, global warming and tick migration are increasing the global incidence of these diseases. In many countries, governments and doctors are not sufficiently knowledgeable about the disease. Even when doctors are reasonably informed, guidelines for treatment remain globally controversial. Ultimately, patients suffering from Lyme and associated diseases are getting sicker.

Comparisons are often made between the tick-borne disease crisis and AIDS in the 1980's. As with AIDS, solutions to the problem require achievement of the goals of global cause awareness and robust funding for research. In the 80's, communicating the message was all about famous celebrities, galas, street protests and traditional media. Today, thanks to technology and pioneering internet vehicles such as crowd funding, the power of the masses to bring about change is fast becoming the greatest weapon in the Lyme cause. "The number of users of social networks worldwide will increase from 1.47 billion in 2012 to 1.73 billion this year, which is forecast to rise to 2.55 billion by 2017," explains ILADS (International Lyme And Associated Diseases Society) marketing consultant Laurie Martin. Martin has recently helped ILADS launch "The Power of Us to Bring About Change. Join the Roar," a cutting-edge call-to-action social media campaign that emphasizes the power of people around the world unified with one voice to communicate the importance of Lyme disease awareness.

In search of solutions from around the world today, I continue to share news on Lyme disease in China, Germany, France, Australia, Poland, Norway, Switzerland and the United States. I am joined by Dr. Gull Herzberg, a Fellow of the Royal Australian College of General Practitioners who is that College's representative on the recently formed Clinical Advisory Committee on Lyme Disease in Australia, chaired by Australia's Chief Medical Officer; Dr. Richard Horowitz, one of the foremost Lyme disease doctors in the US and author of the highly anticipated new book, Why Can't I Get Better?: Solving the Mystery of Lyme and Chronic Disease (St. Martin's Press, Fall, 2013); Chantal Perrin, the Producer of a new documentary on the global Lyme epidemic coming at the end of October (co-produced by France Channel 5); and Dr. Leo J. Shea III, President of ILADS. 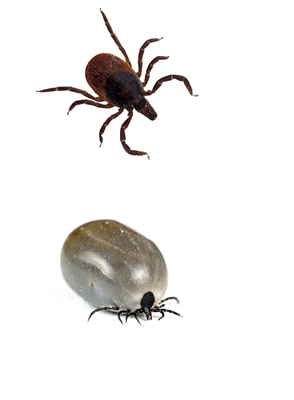 "We need to be thinking differently about all aspects of our biology in order to understand how and why this illness is occurring. From the external influences of environmental toxins right through to the subtle shifts in our internal hormonal milieu, all are potentially relevant." -- Gull Herzberg

Richard, you recently spoke at the International Lyme Disease conference in Strasbourg. What did you learn about the incidence of Lyme disease in France? Are there many differences in the French medical community's approach to diagnosis and treatment from the US practices?

Richard Horowitz (US): The incidence of tick-borne diseases in France is rapidly rising. Strasbourg is in the region of France known as Alsace-Lorraine, which is close to the Black Forest in Germany, where over one million cases of Lyme disease have been diagnosed in the past several years. Many patients who live in this area told me that they have been sick with Lyme disease their entire life.

The French medical community's stance on Lyme disease is similar to that in the US: they are divided on the proper approach to diagnosis and treatment. Some French physicians follow the CDC guidelines for the diagnosis and treatment of Lyme disease. Physicians and researchers in Strasbourg did not agree with this approach since there are multiple strains of borrelia (the organism that causes Lyme disease) that cannot be found with the presently available screening tests. These include Borrelia burgdorferi sensu stricto, Borrelia afzelii, Borrelia garinii, Borrelia valaisiana, and Borrelia spielmanii. The blood tests to detect these different strains of Lyme often do not cross react, leading to false negative results. Some French physicians therefore treat despite negative blood tests, and have found that extended courses of antibiotics have improved their patients' health.

We also have different species and strains of Lyme disease and co-infections in the US. We could improve the US doctrine on the diagnosis and treatment of tick-borne infections by improving our tests to include these different infections and by expanding research for new effective treatments, since many patients remain chronically ill. 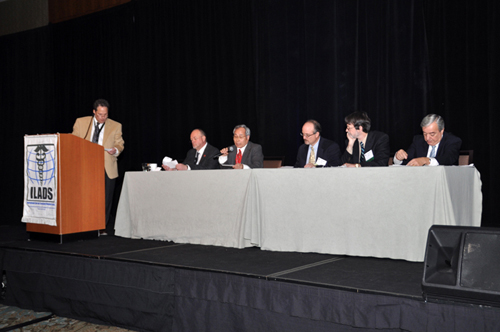 "The advances in AIDS diagnosis and treatment came only after a sustained period of research, heavily funded both nationally and internationally. This same requirement is needed for Lyme, which affects approximately four times the number of people that AIDS affects." -- Leo Shea III

ILADS and others have stated that Lyme disease is the fastest growing vector borne disease globally. Why do you believe we aren't making more progress in addressing the key diagnostic and treatment issues?

Gull Herzberg (Australia): There is great variability in the clinical presentation of Lyme and associated diseases. The linear, Cartesian Paradigm of one organism one disease does not fit this situation. We need to be thinking differently about all aspects of our biology in order to understand how and why this illness is occurring. From the external influences of environmental toxins right through to the subtle shifts in our internal hormonal milieu, all are potentially relevant.

The organisms themselves are pleiomorphic, which, in addition to their immuno-suppressive actions, makes single antibody or antigen detection methods particularly unreliable.

Extrinsic factors would include lack of funding and direct or subtle opposition to the concept of chronic Lyme and associated diseases. The reasons underlying these factors continue to be the subject of debate, books and film.

Dr. Leo Shea III (US): To properly and effectively diagnose and treat any disease one must first understand the pathogenesis of the disease. This requires extensive research and financial commitment on a global scale. At present, the world of Lyme is much like the world of AIDS in the early 1980s, with a subset of dedicated researchers and clinicians working tirelessly to advance the understanding of the disease. Their work is often misunderstood by those who hold a myopic view of the disease and its prolonged impact on the physical and neuropsychological system. Given the numbers of individuals who are affected with this disease annually, nationally and internationally, it is a travesty that so little research money has been dedicated to understanding Lyme and other tick-borne illnesses. The advances in AIDS diagnosis and treatment came only after a sustained period of research, heavily funded both nationally and internationally. This same requirement is needed for Lyme, which affects approximately four times the number of people that AIDS affects.

Chantal Perrin (France): The main problem, I think, is that it is one of the most complicated diseases man has ever met. The bacteria are difficult to find and difficult to eradicate. It's not a disease for specialists but for good GPs who can consider the whole person before making a therapy program "à la carte," considering many factors. Lyme disease forces doctors to change methods, to spend a long time and to follow patient reactions to treatment closely. It is time consuming and not rewarding as often treatment fails. It's not a very nice and tame disease. Lots of doctors refuse to treat Lyme disease.

And from the chemical industry's point of view, it's much more interesting to treat life long fibromyalgia with corticoids and pain killers (expensive medicines) than treat Lyme, often the cause of fibromyalgia, with cheap out of patent antibiotics.

Gull, can you provide any data presented at the Australian Lyme Literate Doctors meeting? How many sick patients are involved?

Gull Herzberg (Australia): The Lyme Disease Association of Australia reports on its website that at least 15,000 people with Lyme disease diagnoses in Australia (and conservative estimates suggest another 200,000 undiagnosed people). I have no way of verifying the accuracy or otherwise of this data. 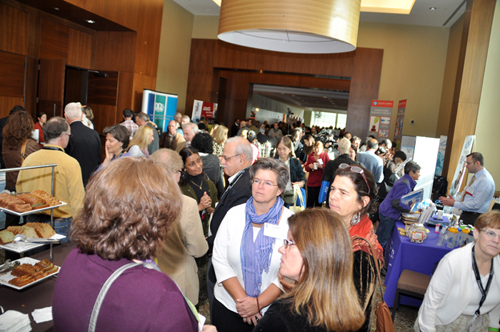 "It's not a disease for specialists but for good GPs who can consider the whole person before making a therapy program "à la carte," considering many factors. Lyme disease forces doctors to change methods, to spend a long time and to follow patient reactions to treatment closely." -- Chantal Perrin

Are you aware of any countries where government health agencies have acknowledged the diagnostic and treatment issues and put policies in place that better support Lyme patients (versus the conservative approach of the CDC and IDSA)?

Chantal Perrin (France): In Poland, doctors are allowed to treat patients the way they wish, and if you're bitten, there are places where you can bring your ticks for analysis to see if they are infected.

In Germany, doctors can also treat patients as they think best, including plants, low frequency therapies, long term antibiotic treatments... but social security won't pay for treatments outside IDSA guidelines. So, as everywhere else, it's a disease for the rich.

Switzerland has recently become aware of the problem. There are prevention leaflets and posters everywhere in medical centers and pharmacists. Doctors are informed.

Norwegian scientists are very advanced in the research on Borrelias. The country is also under IDSA's guidelines but politicians are trying to open the debate and patients groups are very active.

Dr. Leo Shea III (US): I am not aware of any countries that have taken such action. In fact, most of the countries have relied on the IDSA guidelines without understanding that there is a contrasting point of view offered by ILADS guidelines.

Richard Horowitz (US): China is having a significant problem with tick-borne diseases, just as we are in the US. I was informed that up to six percent of their population (many living in rural areas) has been exposed to Lyme disease. Since the diagnosis was made with presently available testing (like the ELISA test), which is known to be unreliable, the incidence may actually be much higher.

The Chinese government is addressing this problem by holding interdisciplinary round table discussions with experts from different areas in medicine. I was invited for my expertise in Lyme disease and co-infections, specifically Babesiosis, which is a malaria type organism being found in ticks. They discovered cases in China, which didn't fit the textbook description for the disease, and wanted my opinion on the presently available diagnostic and treatment options. We had experts from their National Academy of Sciences, Chinese CDC, as well as specialists in different areas of medicine sit around a table and discuss these various tick-borne illnesses. It was intellectually stimulating and rewarding to see concerned physicians, scientists and top government officials come together to address the worldwide epidemic of tick-borne diseases in an open scientific forum.

We in the US can learn from the Chinese approach by holding our own multidisciplinary scientific conferences, where researchers, clinicians and specialists come together with government officials to tackle this global epidemic. Nothing short of this will be able to affect the type of changes desperately needed in research, treatment and health care policy for tick-borne diseases.

For more information on The Power of Us Campaign: http://www.ilads.org/lyme-powerofus.php 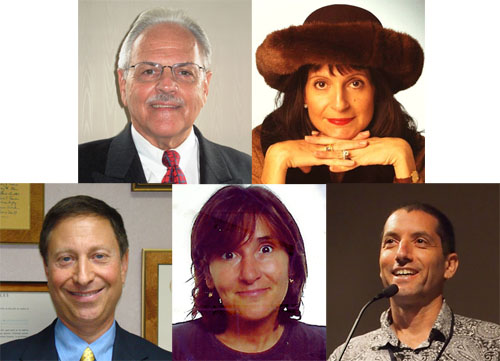