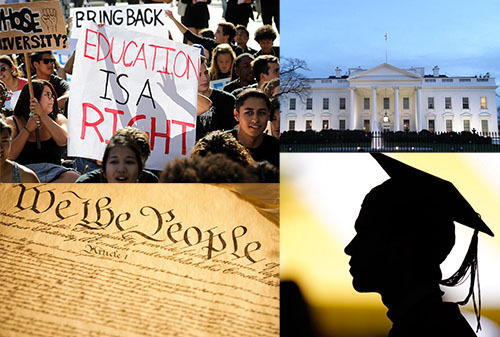 The U.K. citizens' surprising approval of the Brexit referendum last June and the even more surprising U.S. election of Donald Trump as president on November 8 shook the world. Americans chose to elect a billionaire businessman, an outsider with no government experience, over Hillary Clinton, the candidate of the establishment. What economic and social forces might have prompted this upset? And what might we imagine are the implications of these outcomes?

The Millennial Bloggers are based all over the world. They are innovators in entrepreneurship, journalism, education, entertainment, and academic scholarship. This month we ask them to share their perspectives in a year of big surprises.

"For the teachers, parents, guardians, and role models of American youth, there was one resounding question: What do we tell our kids?" writes Francisco Hernandez (@StFrancis_X). After speaking with numerous teachers around the New York City area, he concludes, "What we do next will define our nation for much of the coming century. Our children are listening. They are watching closely." Read: What Will You Tell Your Kids?

The election of Barack Obama "strengthened the position of America as the land of the free, home of the brave," writes Alusine Barrie (@AlusineBarrie) from Sierra Leone. Alusine notes that America and Britain, two of the wealthiest nations in the world, have historically prospered at Africa's expense and subsequently "owe the world a historical social responsibility. Instead of gravitating towards protectionist tendencies, let us all work together to break the ugly face of our collective past. Let us be human!" Read: America votes Donald Trump and Britain voted Brexit, so what?

"Love will trump Trump. Don't judge others for their choices in this election; America as a country is confused, frustrated, and desperate for change. A friend of mine, a supporter of Hillary, recently posted a photo on Facebook of a plane ride she shared with a man who voted for Trump. They shared in stimulating conversation, drinks, and a headphone set. They found common ground...." From Isadora Baum (@LfyniBaum), Read: Where To Go From Here: The 2016 Election

Not nearly enough focus has been given to Trump winning 49 - 45 among white college graduates and losing 45 - 49 among all college graduates, a "far cry from the blowout that was supposed to happen among the more educated group," observes James Kernochan (@SeamusMcK721). Could Trump have found "a new balance of policies that will have lasting potency in terms of channeling the populist energy and discontent that fueled an unprecedented sea change in our political landscape?" Read: The Great Recalibration: College-Educated Voters and the 2016 Election.

The politics and policies of the United States affects the whole world in one way or another, writes Dominique Alyssa Dryding. Dominique focuses on five topics in the aftermath of the US election "which warrant further discussion and reflection," namely polarization, extremist/inward looking politics, being an example, the majority and an opportunity. Read: And Now Your Voice Your Vote

"We cannot continue functioning as a legitimately democratic republic while half of all eligible voters abstain from voting," writes Jacob Deleon Navarrete (@JacobDNavarrete). "One could argue the results of the election support this: in the past five presidential cycles, our system has twice awarded the presidency to the candidate receiving fewer votes. Do we possess a government representative of its people, or a government of the few imposing itself on the many?" Read: Eh, It Won't Count Anyways.

Discontent "is an engraved invitation to the strongman (and it has, almost unflinchingly always been a 'man') to seize the reins of a flailing polity," writes Harmony Siganporia, but notes that in the case of Donald Trump, it's "a man who has benefitted from (and continues to be a supporter of) free markets suddenly tapping into a protectionist and hypernationalist discourse as he plays up the insularity which has long been a hallmark of large parts of America." Read: It's All Over Now, Baby Blue (Take It Up With Dylan, Why Don't You?)

"Americans as well as many Europeans are scared. Scared of losing their jobs, of the refugee crisis, of the fact that life hasn't turned out the way they thought it would, of the possible change that is on its way in the form of a technological revolution. In this light it is understandable that someone who can promise that everything will be "great again" gains the votes," writes Reetta Heiskanen (@reettahei). Read: In The Wake of The U.S Presidential Election.

The Millennial Bloggers hail from all over the world. Each writer is also a world traveler and, collectively, they have worked on every continent. The millennials claim their roots in diverse locations: the United States, China, Singapore, South Africa, India, Sierra Leone, New Zealand, the United Kingdom, and Finland.

(All photos are courtesy of CMRubinWorld) 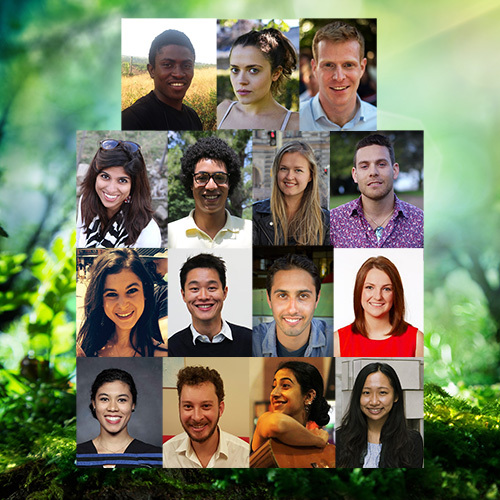