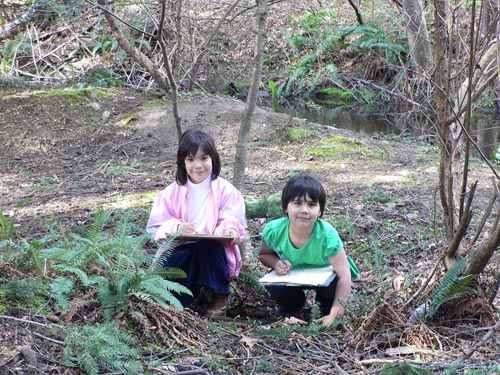 Will Apple's iPad 2 change the way we watch a book or appreciate nature?
(photo courtesy of Susan Leslie)

So I asked Dr. Cornelia Hoogland (Faculty of Education, University of Western Ontario), author of "The Land inside Coyote: Reconceptualizing human relationships to place through drama" and Woods Wolf Girl (her 6th book of poetry), and the founder and artistic director of Poetry London, this question:

Do you believe we need to change the way the arts are handled in academic curricula given the dramatic changes in technology in today's world? If so, how do you believe this should be addressed?

Coyote has some thinking to do. In this story, Coyote goes down to the creek and then into the water. He sinks into the mud and sits there until he has an idea. For Coyote, thinking means immersing himself in the earth, quietly sitting and listening until something occurs to him. He doesn't separate knowledge into the disciplines; rather, he puts things into the holistic context of the earth. He's not afraid to get dirty.

In another story, Coyote tries to learn another creature's song and gets his teeth broken. But in the end, the desert that surrounds all the creatures becomes the landscape inside Coyote. It's as if he swallowed the mountain and grassland he now wears close to his heart. Such integration contrasts with mainstream western approaches to education that isolate content in order to observe it.

Concern for place is important to many Canadian educators. On Canada's west coast, the primary connection to place is captured in the life cycle of the salmon. Salmon's major role in the food chain sustains people and large mammals; as well, their decomposing bodies, when carried into the woods by wolves, fertilize the evergreen forests. So when asked by a parent about her curriculum, Mi'kmaq teacher Susan Leslie's reply that "We follow the fish," implied an interconnected curriculum in which the arts - dancing, carving, painting, drawing, singing, drama, sewing, writing or storytelling - not only expresses students' understandings but also provides the artistic methods of articulating (as well as of assessing) their understandings.

Canadians educators, who live in the same threatened and turbulent world as educators around the globe, are turning to native elders and teachers to help ground curriculum in aboriginal values which include the emotional, intellectual, physical, spiritual and place-based components of learning. Curriculum begins with children of diverse backgrounds valued for the strengths and resources they bring into the classroom. Aboriginal teachings are shown to be as contemporary as they are traditional. For instance, cutting edge research into the human brain that shows such things as spending time in the natural world is hardwired (or not) at an early age, confirms similar wisdom passed on for generations in native communities. 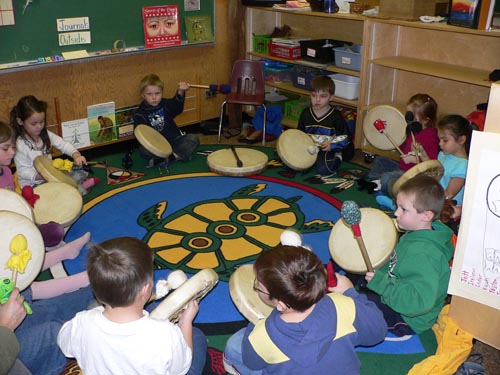 But can ancient understandings address contemporary arts curricula's growing dependence upon technology? Dr. Janette Hughes, in speaking to the importance of updating the curricula to reflect shifts in society as the result of the proliferation of digital media, says that "Teachers are attending more closely to visual and multimodal literacies - students can express themselves through image, sound, and gesture to wider audiences because of the affordances of digital media. The scope of the artist/designer is broadened and more accessible, particularly for students who cannot paint or draw with technical expertise, but who can create and design with attention to detail, color, line, light, and depth."

There's no doubt that the interactive environments that Web 2.0 technologies provide (video games, websites, wikis) do and will change artistic practice and understanding. Participants/students need to think about complex systems, webs of interconnectedness, and the complicated ways in which impulsive or short-term decisions can end in disaster.

As our awareness of human interconnectedness increases - not only connectedness within global commercial and security systems, but also within the context of our shared, blue planet - the tired chorus for standardized testing and accountability is moribund. It's time to join Coyote in the mud for a bit of clear thinking, to look to First Nations people for guidance in shaping the questions that science, industry and technology have failed to ask. Recently, while I hurried from building to building, an Elder asked me, "Where are your feet?" For the first in a long time I looked down to the concrete under my feet, to the place in which I found myself.

1. Deepening human connections to the natural world leads to significant educational gain.
2. These connections also expand students' grounding for the complex web of relationships between technology and the arts.
3. Areas of knowledge are highly interconnected and should be viewed holistically and not just as separate disciplines.
4. As our awareness of human interconnectedness increases, the tired chorus for standardized testing and accountability is moribund. 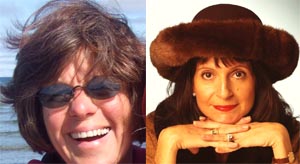