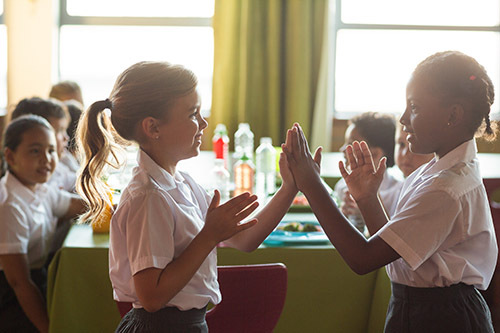 "While some celebrated the accomplishments of the first African-American president, others devolved into deep-seated anger about how his presidency altered the course of the US, globally and at home. Globalization has undoubtedly contributed to these differences, since the gaps - in education, wealth and access to cultural difference - nurture profoundly different outlooks." --  Bill Gaudelli

In President Obama's farewell address in Chicago, he notes that for democracy to work in a nation that is becoming more and more diverse, we need to "heed the advice of one of the great characters in American fiction, Atticus Finch, who said, "You never really understand a person until you consider things from his point of view...until you climb into his skin and walk around in it."

We live in a time of increasing ethnic and cultural diversity, and in every community it is clear that while some progress is being made, there is still more work to be done: "we have to try harder; to start with the premise that each of our fellow citizens loves this country just as much as we do; that they value hard work and family like we do; that their children are just as curious and hopeful and worthy of love as our own."

How we can build more inclusive communities across political, economic and cultural divides? What lessons can we learn from recent events in the UK and the US? 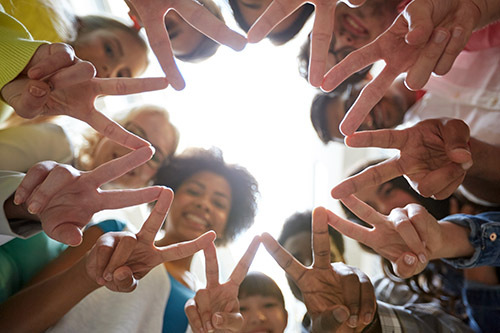 "The lesson is clear: we must learn to respect ethnic, religious, and cultural differences rather than assume that those who approach common issues from different starting points are ignorant or even evil." --  George Rupp

I asked three champions of inclusive societies - George Rupp, Bill Gaudelli and Dana Mortenson - to share their perspectives in The Global Search for Education. George Rupp is Chair of the International Baccalaureate board of governors, is former President of Rice University, Columbia University, and the International Rescue Committee, and is author of the book Beyond Individualism: The Challenge of Inclusive Communities (CU Press). Bill Gaudelli is Associate Professor of Social Studies and Chair of the Department of Arts and Humanities at Teachers College, Columbia University. Dana Mortenson is Co-Founder & Executive Director of World Savvy: Think Beyond Your Borders.

George Rupp: The vote in the U.K. in favor of Brexit, the rejection by referendum of the peace agreement in Colombia, and the 2016 U.S. election all illustrate the power of democratic processes to register forcefully how the prevailing wisdom of a social order may not be in touch with substantial segments of the population. In that sense, these recent developments dramatically underscore how challenging it is to establish and sustain inclusive communities. Put bluntly, these events demonstrate how far we are from achieving communities that cut across economic and political divides. 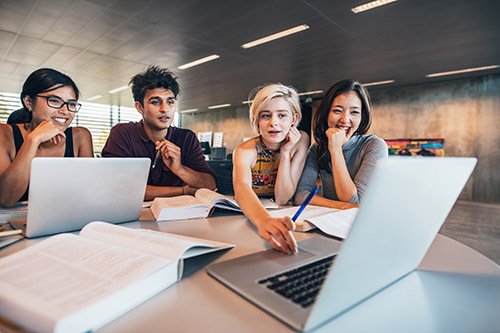 "Using storytelling and personal narrative to help young people express who they are, what has shaped their worldview, and what matters to them builds trust in the classroom, and allows students what can often be rare proximity to people who feel or think differently than they do." -- Dana Mortenson

Bill Gaudelli: Interviews leading up to and immediately following the US election reveal different worldviews captured in slogans to 'make America great again' and its retort, 'America is already great'. That these slogans are diametrically opposite gives a sense of how deep is the schism. While some celebrated the accomplishments of the first African-American president, others devolved into deep-seated anger about how his presidency altered the course of the US, globally and at home. Globalization has undoubtedly contributed to these differences, since the gaps - in education, wealth and access to cultural difference - nurture profoundly different outlooks. When these worldviews are amplified by a media-space that spreads vitriol across a multitude of echo-chambers, difference is exacerbated. These differences can begin to be addressed by building a new, 21st Century economy, one that grows in the rustbelt and throughout the many regions 'left behind' around new, green technologies, nano manufacturing for healthcare, micro-finance for local resilience. This is a vision more befitting our time, one that does not look back to a heavy industry, carbon polluting economy, now infeasible as it imperils a warming planet and cannot be remade in a globally competitive market unlike the period prior to global trade liberalization of the early 1970s. Rural and exurbs throughout the US are understandably angry that their economic foundation has radically deteriorated so quickly. The pivot that must occur is towards bringing these communities apace with a global market whose ground has shifted dramatically and will continue to emerge.

George Rupp: The lesson is clear: we must learn to respect ethnic, religious, and cultural differences rather than assume that those who approach common issues from different starting points are ignorant or even evil. In the examples of Brexit, the U.S. election, and even the Colombian referendum, the challenge is the relatively straightforward one of seeking shared approaches within a widely shared polity that is affirmed across a range of ethnic, religious, and cultural communities. But in many areas of conflict, the challenge is even more daunting in that agreements must be forged when there is little or no consensus on the overarching framework for collaboration.

The United States has for decades assumed that we had a model for the rest of the world: e pluribus unum--out of many, one. To put it gently, that ideal has always been very imperfectly realized. But we are now confronting the prospect of disagreement even on the ideal of achieving such an inclusive community, which puts America into the same challenging setting as so many other countries riven by conflict. 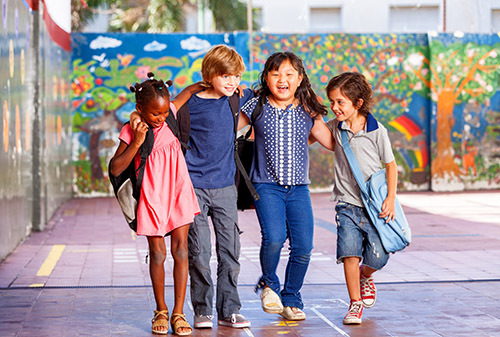 "Promoting earnest dialog, engaged listening and empathic opportunities, mainly in schools but also through community-based organizations, are needed to help people see that otherness is not a fundamental threat but a core advantage of being in the US, one that contributes to a stronger society."   -- Bill Gaudelli

Dana Mortenson: One potential consequence of conflict for educators is to refrain from saying anything, sharing any perspective, or addressing contentious political or social issues in the classroom. While the fear of repercussions is real, this serves to distance and often further divide students from deep conversation about issues of consequence, and thwarts opportunity to confront perspectives that may help to challenge, shape and enhance their understanding of their own identity, their relationship to each other and the broader world. There are authentic and meaningful ways to engage in discourse and to develop inclusive learning environments.

First and potentially most importantly, finding meaningful ways for students to express their identity and learn about their classmates' identities - in a safe space - is crucial. Using storytelling and personal narrative to help young people express who they are, what has shaped their worldview, and what matters to them builds trust in the classroom, and allows students what can often be rare proximity to people who feel or think differently than they do. Establishing a safe space for these conversations is critical, and we've seen educators do this in a variety of ways. They can work with their students to create collective norms and rules for discourse, wherein they define together what 'respectful language' constitutes, collectively agree to assume good intent, discuss how they will respond when they feel offended, and provide them with common language to express concern or remorse when they've created offense. If this is well established, a classroom can progressively address deeper and more complex topics that organically source the diversity of student perspective as an asset in those discussions.

Educators committed to creating inclusive spaces also can lean on proven methodologies for culturally responsive teaching, from experts in the field like Zaretta Hammond ("Culturally Responsive Teaching and The Brain: Promoting Authentic Engagement and Rigor Among Culturally and Linguistically Diverse Students"). CRT allows educators to understand, and interrogate, how they communicate and set up students in their classroom for engagement and meaningful discourse, and contributes enormously to an inclusive learning environment.

An additional critical step is to acknowledge differences in opinions, worldviews, perspectives and to stress that the discussion and debate of these topics is a foundational component of our democracy. Not all conversation is equal, either; striving for high quality discussions, rather than casual conversation, around political and social issues becomes key; to develop democratic citizens who have the capacity to think critically about issues, research multiple perspectives, then engage in respectful discourse is the goal. This requires work on the part of educators, who must carefully consider how to introduce and scaffold topics for discussion (or allow students to select them), and how they help set collective norms for respectful discourse. Two publications from Diana E. Hess are great reading for this pursuit: "Controversy in the Classroom: the Democratic Power of Discussion" and "The Political Classroom: Evidence and Ethics in Democratic Education".

Bill Gaudelli: Promoting earnest dialog, engaged listening and empathic opportunities, mainly in schools but also through community-based organizations, are needed to help people see that otherness is not a fundamental threat but a core advantage of being in the US, one that contributes to a stronger society. People who feel they are in the economic margins will be much more open to hearing this sort of message when their vulnerability is reduced.