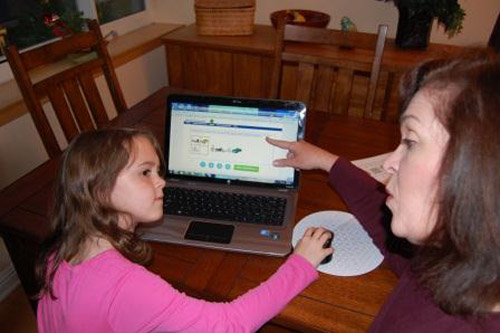 "We believe that tutoring at such a young age should be done by the parents, not with a hired tutor."
-- Michael McCurdy

Put down your teddy bear! It's time to take your standardized test.

Does it matter that racing to the top threatens to push pre-schoolers into an academic environment too early?

Michael McCurdy, the Co-Founder and CEO of TestingMom.com (a children's tutoring service for standardized tests), first became interested in kindergarten testing when his daughter arrived home one day from pre-k with a note in her backpack about taking the OLSAT test and Bracken test for the New York City Gifted and Talented ("G&T") program.

He discovered there was little information available for parents going through the G&T process and navigating the NYC school system. Shortly after meeting Karen Quinn (Author of Testing for Kindergarten), the two founded TestingMom.com.

Michael explains: "Admission to the G&T program has become more competitive in recent years as more 4-year old children are scoring higher on the admission exams like the OLSAT (Otis-Lennon School Abilities Test) and Naglieri (NNAT2) to get a sacred spot in one of the most sought after gifted and talented programs. Parents seek entrance into these programs since the curriculum offered is presented as more enriched than what their child would experience in a general education kindergarten classroom. The parents conclude this will set the long term trajectory for their child's educational success through college."

Does tutoring for a test at four threaten to take away important creative time from early child development? What do and don't the tests measure? What's the alternative? I asked Michael to share his thoughts. 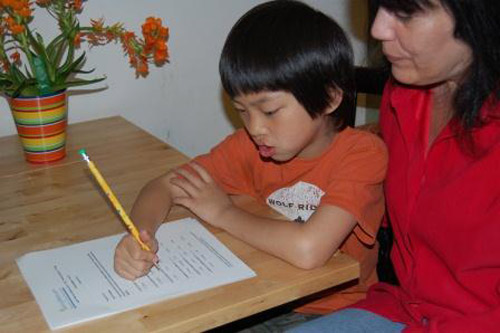 "There is an ongoing debate about the accuracy of these tests when given to very young children."
-- Michael McCurdy

How much of a burden on 4 year-old children is a tutoring program, considering the tutoring, homework, and parental involvement?

We believe that tutoring at such a young age should be done by the parents, not with a hired tutor. For example, when a 4 year old girl is at the grocery store with her mother, the mother can ask the child to get 4 apples and 2 oranges and then ask, "How many in total did you bring me?" and "What are apples and oranges?" Or when the father is out with his son and sees a police car, the father can ask the boy, "What is the police car for?" "Why would someone be in a police car?" These are only a few of the real-life examples that parents can easily incorporate within their daily routine to help their child prepare for testing.

Most parents start preparing their children 3 to 6 months prior to the test date, but unfortunately, there are some parents who come to TestingMom.com 1 to 2 days prior to the child being tested in order to "cram" for the test. We strongly discourage this.

What are the elements of intelligence that this test measures? What does it not measure?

Here are the 7 abilities the tests measure:

1. Language -- the child's ability to tune-in, listen and follow directions.

2. Knowledge and comprehension -- basic information that children should know by the time they start school -- colors, shapes, letters, etc.

3. Memory -- the child's ability to remember things he just learned (short-term) or learned in the past (long-term).

5. Visual-spatial reasoning -- this assesses the ability of the child to reason and solve programs using pictures, images, diagrams, geometric shapes, maps and tables.

These tests do not measure a child's creativity, emotional intelligence/social ability, artistic talent or athletic ability. Also, the tests that are not administered by a trained psychologist don't evaluate for potential issues such as ADHD, autism, Asberger's disease, etc.

There is an ongoing debate about the accuracy of these tests when given to very young children. Many factors need to be taken into consideration when a child is tested at a young age, such as separation anxiety, unfamiliarity with the tester and testing location, and at what point in their 12 month age bracket they are tested. 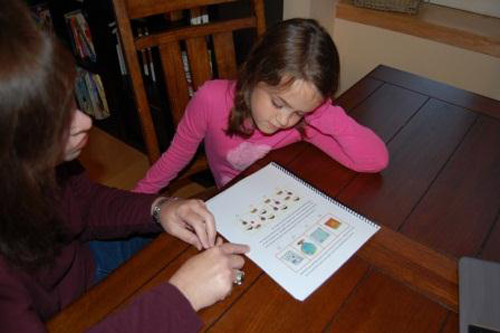 "With budgetary constraints, getting a holistic view of the child would be too costly."
-- Michael McCurdy

What are the negative and positive responses to tutoring 4 year-olds that you have experienced?

The main positive is having children knowing what to expect when going into a testing situation, such as understanding what an analogy is and how to answer a question about it. Also, the skills needed for testing are also the skills children need to have to do well in school.

The negative side of preparing a child is that some tutoring companies "practice to the test" with the child, rather than helping the child understand the concepts on the test. Also, there are cases when children may do extremely well on the test but not be fully equipped to handle the pace and curriculum of a gifted and talented program.

If anything, what else other than the current admission test could school boards use to assess a 4 year-old's intelligence?

In the best case scenario there would be a multi-pronged approach to admission for young children. The criteria should include pre-school teacher evaluations, parent evaluations, testing, and independent evaluation by a teacher or other educational professional. Of course, with budgetary constraints, getting a holistic view of the child would be too costly.

What has been the growth in the number of customers for your service over the past 3 years?

Over the past 2 years our business has grown significantly, with over 500 percent increase in members within the past 12 months. Because our service is online we are able to reach parents across the U.S. and Canada to give them the resources and expertise they can't find locally. 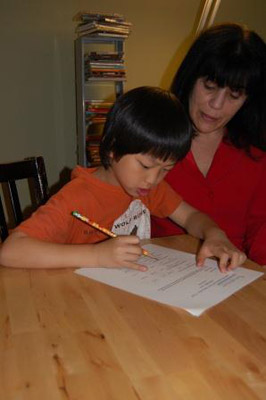 "Private tutoring for test prep can cost anywhere from $125 to $350 per hour." -- Michael McCurdy

What kind of budget for tutoring are parents going to need to prepare their child for a gifted and talented program (G&T)?

We don't tutor at TestingMom.com but provide parents an alternative to private tutoring since we want parents to prepare their own children for testing. We have memberships for every parent and every budget, starting at $19.99 for practice questions and online games, to $3,000 for parents who want one-on-one weekly private phone consultations. Private tutoring for test prep can cost anywhere from $125 to $350 per hour. In most cases, parents would need 10 or more sessions from a private tutor to adequately prepare their child for testing. Some tutoring facilities have "cram session camps" where they put the 3 to 5 year old child in a room and drill the child with questions for up to three hours straight on the concepts of the test. These "cram session camps" can cost up to $900. They are popping up in every major city. At TestingMom, we don't advocate such extreme measures, as the concepts on these tests need to be absorbed by a young child over a period of several weeks or months.

If you don't have the budget to tutor your child, what are your options in terms of trying to prepare your child for a G&T program?

We feel parents are the best teachers of all and we have provided an affordable alternative to costly tutors. Low price services (such as $19.99 at TestingMom.com) help to level the playing field. You don't have to be in the upper middle class to prepare your child for testing. Parents can also purchase test preparation workbooks from Amazon.com and other educational web sites like CriticalThinking.com.

What percent of your students do you believe would not exceed the scoring bar without your program?

That's difficult to say because we can't really measure who wouldn't have made it. If you look at the averages I'd estimate 55 percent of the students who didn't prepare do not make the cut. According to a recent survey, a lower percent of TestingMom members indicated their child did not do well on the test.

Each year the competition and the pressure get worse. What is your recommendation to parents who want to do the best for their child?

If a parent knows their child will be tested, I recommend they start practicing as soon as possible. G&T tests aren't something to prepare for at the last minute and parents should know that even practicing 5 to 10 minutes a day for several months ahead of the test will make a dramatic impact on their child's test score. 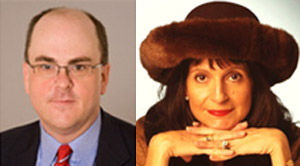