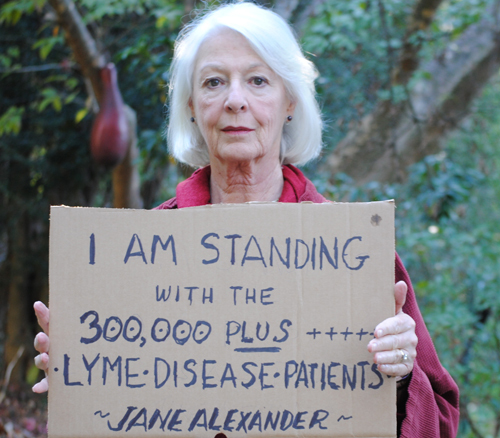 "We need to continue to understand the range of infections that may be passed along in a tick bite such as Babesia, Anaplasmosis and Ehrlichiosis. Insurance companies must recognize the risk of chronicity and the severe manifestations of Lyme disease in the lives of the patients they insure." -- Dan Cameron

The "We are the 300,000" campaign is a new grassroots campaign by the Lyme community to raise awareness for more effective treatments for all people suffering from Lyme disease.

According to the CDC, there are 300,000 individuals who are affected annually by Lyme disease. How to treat patients who are misdiagnosed or diagnosed late has created decades of debate between doctors, patients and scientists trying to determine why many patients remain seriously ill long after the standard antibiotic treatment for this disease. While more research continues to indicate that Lyme bacteria remains "persistent" after treatment and more doctors around the world claim they are seeing co-infections in as many as 90% of their patients, the IDSA's guidelines for treatment of patients have not been revised. This can lead to insurance claim issues for patient treatments. For this reason, Lyme disease is often called a rich person's disease, since those without money are unable to afford proper treatment.

Karen Miller, of Lyme Aid Santa Rosa, started a support group in 2009 and explains, "I have talked to hundreds of patients and their families. Insurance is a problem for every single one of them. This includes private insurance, public insurance, VA and Indian Health agencies."

Are insurance companies and physicians across the country aware of the new studies in progress and the complex issues related to diagnosing and returning Lyme patients to good health? Are they aware of existing treatments that appear to be helping some patients?

Today in Part 14 of "Ticks," I have invited two leading Lyme disease doctors to comment on some of these major issues. Fresh off his recent appearance on the Katie Couric show, it's my pleasure to welcome clinician and author Dr. Richard Horowitz (Why Can't I Get Better? Solving the Mystery of Lyme and Chronic Disease, St. Martin's Press). Additionally, I asked Dr. Daniel Cameron to weigh in. Dan just began a reprise of his presidency of the International Lyme and Associated Diseases Society (ILADS). He has testified as an expert on Lyme disease for legislation in Connecticut, Massachusetts, and Pennsylvania, and been featured as a Lyme expert on national media, including NBC's Today Show and ABC's Good Morning America. 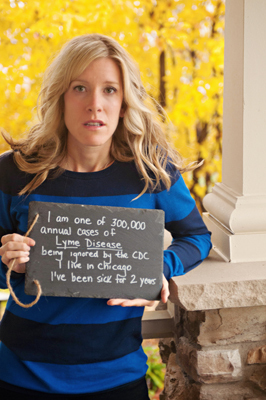 Richard, what does the term "chronic Lyme disease" mean to you?

The first point on the MSIDS map is infections. Ticks are now containing multiple bacterial, viral and parasitic infections that can be transmitted simultaneously with Borrelia burgdorferi, the agent of Lyme disease. Patients infected with Lyme disease and associated co-infections are much sicker and resistant to standard therapies.

There is a commonly held belief in medicine, called Pasteur's postulate, that there is "one cause for one illness." This does not apply to patients with chronic Lyme symptoms. The term "chronic Lyme disease" needs to be redefined as Lyme-MSIDS to more accurately reflect the multiple underlying etiologies responsible for persistent symptoms. 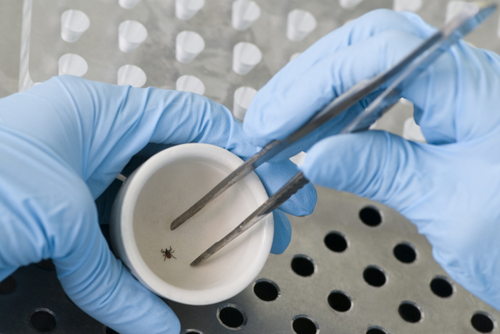 Dan, many Lyme patients I have interviewed have problems with insurance claims. Can you please comment?

The physicians with the most experience in treating Lyme disease do not participate with the leading health plans, which makes it difficult for patients. The doctors with the most experience cannot manage the complexity of care needed to properly treat Lyme disease patients. The cost of the first visit can be expensive and is not covered within the plan. Patients with out of network benefits typically apply the cost to their deductible. The local labs are covered by health care plans but if a specialty lab is required it can cost $1,000 and this may not be covered. The prescriptions for common drugs, for example, Doxycycline, Amoxicillin, Ceftin, and Biaxin often are covered by a prescription plan. The price without insurance coverage can range from $40 to several hundred dollars per month. The cost for the co-infection drugs to treat Babesia, for example, can range from $40 for Flagyl to nearly $2,000 for Mepron per month, and this may not be covered. Some insurance companies deny coverage for intravenous antibiotics, citing the IDSA guidelines. The cost of IV, if not covered by an insurance company, can be expensive and places a huge burden on the individual and their family.

Richard, why is it so difficult for some patients to get better?

Tick-borne co-infections play a large role in keeping patients ill, and the tests for Lyme disease and co-infections are unreliable. These infections are routinely missed using standard blood tests, because the tests are not sensitive enough to pick up the presence of these organisms that can hide from the immune system.

Patients also remain chronically ill because many of these tick-borne infections persist despite "seemingly adequate" antimicrobial therapies, leading to immune dysfunction and inflammation. These infections cause the release of inflammatory molecules called cytokines, which are responsible for many of the symptoms we see with Lyme disease, including fatigue, joint and muscle pain, memory and concentration problems, and mood disorders. Unless we simultaneously treat the three "I's": infection, immune dysfunction and inflammation, patients will not get better.

Finally, most physicians are unaware of the concept of MSIDS, and that there are multifactorial causes for the patient's illness. It is as if a patient came to the doctor with sixteen nails in their foot complaining of foot pain. Unless you pull out all of the nails, the patient is not going to feel better. 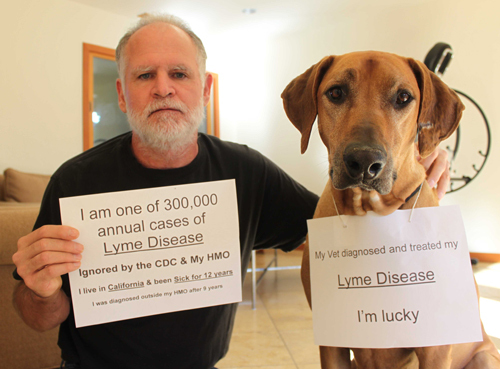 "Unless we simultaneously treat the three "I's": infection, immune dysfunction and inflammation, patients will not get better." -- Richard Horowitz

Richard, Lyme disease has been known to mimic so many disease processes including CFS, Fibromyalgia, Autoimmune conditions, Psychiatric conditions including Dementia, etc. What advice can you share with doctors trying to diagnose a disease like Lyme? What should doctors be looking for?

Lyme disease is a multi-systemic illness, so taking a proper history is essential in making the clinical diagnosis. For example, patients with Lyme disease often have a cluster of classic presenting symptoms, which include fatigue, joint and muscle pain, neuropathic pain (tingling, numbness and burning), sleep disorders, as well as memory and concentration problems. Although these same symptoms can overlap other diseases, there are certain classic symptoms that point towards Lyme. Lyme disease symptoms tend to come and go with good and bad days. The joint and muscle pain as well as the neuropathic pain tend to migrate around the body. These symptoms may improve with antibiotic therapy, or worsen with antibiotics (a Jarish-Herxheimer reaction), and women often report an increase in symptoms right before, during, or after their menstrual cycle.

If physicians were to routinely give out a screening questionnaire of Lyme symptoms and review it during the patients visit, this would alert them to the presence of a multi-systemic illness. They should then send off a tick borne panel with a Lyme Western Blot. If Borrelia specific proteins such as the 23, 31, 34, 39 and/or 83-93kda bands return positive and other diseases have been ruled out, then Lyme disease is likely. 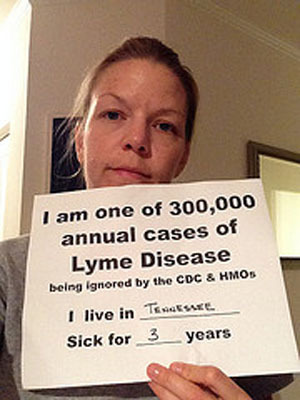 Richard, you have treated over 12,000 Lyme patients and made extraordinary progress. Can you share with us briefly some of your key strategies when treating a patient with this disease?

Patients with Lyme disease can be extremely complex, so it is important to have them fill out a Lyme questionnaire at each visit to track their symptoms and progress. Do they have day sweats, night sweats and chills? If Babesiosis and associated parasitic infections are not properly diagnosed and treated, patients will not get better. Similarly, co-infections like Bartonella and Mycoplasma can cause resistant symptoms. Combining and rotating antibiotics to address the different forms of Lyme disease, as well as simultaneously treating associated co-infections will often have a positive clinical effect.

It is also essential to review the Lyme-MSIDS map and see if there are any associated medical conditions interfering with the patient's clinical progress. This requires that all appropriate diagnostic tests be performed. Prioritizing and addressing the sixteen points on the MSIDS map will ensure that those suffering from Lyme disease have the best chance of recovering their health.

Dan, what is currently being done and what more needs to be done to improve awareness for clinicians and treatment for patients?

ILADS continues to encourage further dialogue between doctors with different views on Lyme disease. We also offer training programs through our members for physicians to help them understand the complexities of diagnosing and treating Lyme disease.

However, we need to begin to do more clinical trials to better understand how we treat people who remain seriously ill after contracting Lyme disease. Additionally, we need to continue to understand the range of infections that may be passed along in a tick bite such as Babesia, Anaplasmosis and Ehrlichiosis. Insurance companies must recognize the risk of chronicity and the severe manifestations of Lyme disease in the lives of the patients they insure.

For more information on Dr. Richard Horowitz's book, Why Can't I Get Better? Solving the Mystery of Lyme and Chronic Disease (St Martin's Press): http://www.amazon.com/Why-Cant-Get-Better-Solving/dp/1250019400