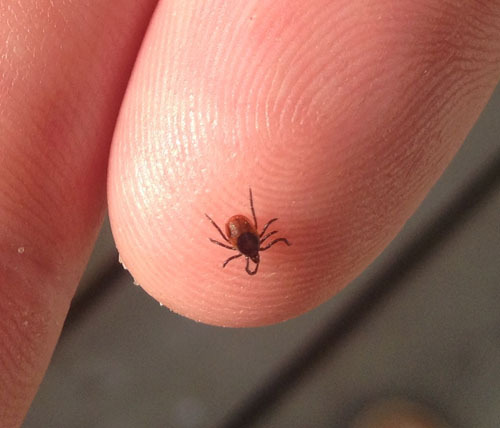 "In patients with persistent symptoms, I think the number with co-infections is almost 100%. I only have a few patients with classic Lyme." - Elke Schäfer

Lyme (Borreliosis), Anaplasmosis, Ehrlichiosis, Babesiosis, Rocky Mountain Spotted Fever, Bartonella, Tularemia, and more recently, Borrelia miyamotoi (a distant relative of Lyme Borreliosis) are recognized tick-borne infectious diseases in the United States, of which Lyme disease is the most common and fastest growing illness. Doctors globally say they are seeing a significant growth in co-infections when treating Lyme patients with chronic symptoms. Dr. Richard Horowitz, author of the newly released book, Why can't I get Better?: Solving the Mystery of Lyme and Chronic Disease, explained in Part 14 of my "Ticks" series that ticks now contain "multiple bacterial, viral and parasitic infections which can be transmitted simultaneously with Borrelia burgdorferi, the agent of Lyme disease." Horowitz believes that patients infected with Lyme disease and associated co-infections are "much sicker and resistant to standard therapies." In Part 8 of "Ticks," German Lyme disease specialist Dr. Armin Schwarzbach commented that based on his research with patients, his impression is that Lyme disease is epidemic while co-infections are endemic. Finally, both Dr. Dan Cameron (President of ILADS) and Dr. Paul Auwaerter (Infectious Diseases Society of America - IDSA) have stated that active tick epidemiology studies to understand what ticks carry in regions of the United States must be a research priority.

Today in Part 15 of "Ticks," you will hear similar views on Lyme and the co-infections issue from ILADS doctor Elke Schäfer. Elke runs a medical practice in Graz, Austria where she is treating a growing number of Lyme patients from all over the country.

There is no official source for Lyme disease incidence in Austria. Some experts say there are only 200-500 cases per year. However, Lyme disease is not a notifiable infection in Austria. The big problem in Austria is the bulls-eye rash criteria for diagnosis. This is only found in 30-50% of newly infected patients. Hence, only a few doctors here are diagnosing the problem properly. Health authorities tell patients to look out for the redness in diagnosis as an allergic reaction or a fungal infection. We also know that the bulls-eye rash can disappear without any treatment. Hence there are a number of infected patients who go untreated. In Austria, the standard antibiotic treatment for Lyme is 10 - 14 days with doxycycline or 21 days with Penicillin. Therefore, the number of chronic Lyme cases continues to increase each year.

There also aren´t any studies about other tick-borne diseases here in Austria. Ticks are vectors for many other infections -- for example, Bartonella, Babesia, Ehrlichia and Rickettsia, to name a few. Lyme Patients with chronic symptoms often suffer from Herpes (Simplex,VZV,EBV,HHV6), Chlamydia pneumonia infections, Mycoplasma and also Bornavirus infections. The large number of co-infections which exist make patient treatment more difficult. Patients with co-infections have to be treated much longer and with more expertise in order to become healthy again.

"As a basic principle, the guidelines should say as long as the patient continues to have symptoms, treat as one would a chronic illness. Every Lyme patient is different because of the various co-infections involved and the damage the disease might have caused to the patient." - Elke Schäfer

In patients with persistent symptoms, I think the number with co-infections is almost 100%. I only have a few patients with classic Lyme. I find co-infections with Chlamydia pneumonia and EBV reactivations - these are patients who suffer from the chronic fatigue syndrome. Then there is VZV, a very common infection; typically patients have neurological symptoms with headaches, polyneuropathy, dysästhesies and HHV6 infections. I find this in patients who have been wrongly misdiagnosed as MS patients. Finally, Candida/Aspergillus and Cryptoccus infections are often found. They cause a shortness of breath combined with fatigue, headache and fever.

Do you believe there is a reliable test for Lyme disease in Austria? Are you aware of any other tests in development?

The statutory health insurance only pays for the Elisa test, and when this is positive, it pays for an Immunoblot. But this is a big problem. The Elisa test has a low sensitivity and specificity - only 30%-40% of infected patients test positive.

The second test, the Immunoblot, increases the rate to approximately 60-70%. Most doctors won't even use the Elisa test, because they are not aware of Lyme disease and so they don't think about it. For some patients with neurological symptoms, the spinal fluid test is used. But for the acute incidences, this is 99% negative. Patients can then be misdiagnosed with MS, ALS or other diseases.

When Lyme patients get neurological symptoms, the spinal fluid is in the majority of cases normal, because in the advanced state, the bacteria are intracellular and also in the brain, so they are no longer detectable in the spinal fluid.

Other tests that increase the number of diagnoses include LTT, CD 57 or a PCR from a skin biopsy. These tests are only used by a handful of doctors here. I personally send my patients' blood to Germany (Augsburg) when we don´t find something with the first two tests. Dark field microscopy is also an alternative test, but this must be done by someone who has a lot of experience and there are few doctors who can do this.

I am not aware of any test in development in the public system right now. 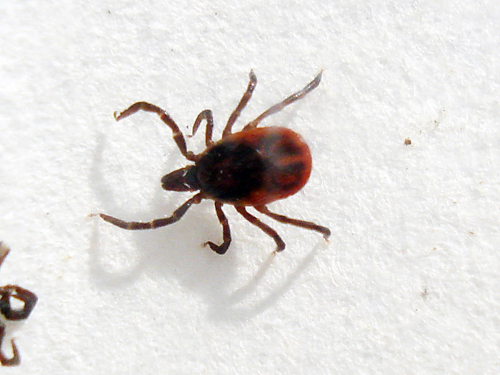 "Treatment of persistent Lyme is not only about a good antibiotic combination. Patients have to change their life and their eating habits. They have to strengthen their immune system." - Elke Schäfer

Do you believe doctors in Austria can adequately treat the symptoms triggered by this disease?

Every doctor could learn how to treat persistent Lyme disease. Unfortunately, there are only the old guidelines from the IDSA, which state that after 4 weeks of treatment, the illness is gone. Many doctors believe in this. Patients are then only treated symptomatically for pain, rheuma, neurological and psychiatric symptoms. Sometimes patients with symptoms are treated by 3-5 specialized doctors but they can't get better because the root of the problem is not being addressed. I don't think most doctors have enough time to educate themselves further on Lyme. Others have an entrenched opinion about this.

In your experience, is one solution to change the guidelines for this disease?

The standard treatment recommended for Lyme disease is 10 days with tetracycline antibiotics. In most cases, not even a follow up blood test is done after this treatment. This needs to be changed to a treatment of 4 weeks and monitoring the patient's blood after 3 months.

The guidelines for acute Lyme disease should also be changed. As a basic principle, the guidelines should say as long as the patient continues to have symptoms, treat as one would a chronic illness. Every Lyme patient is different because of the various co-infections involved and the damage the disease might have caused to the patient.

The other problem is that the existence of persistent Lyme must be accepted by doctors, government and insurance companies. 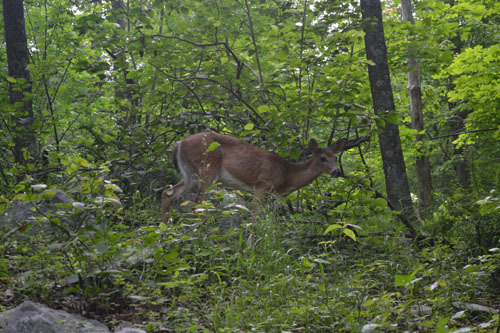 "Doctors need to be trained in how to diagnose and treat the disease along with other co-infections." - Elke Schäfer

Lyme changed my whole life. I suffered from the disease. I don´t know exactly when it started but when I was 18, I had a knee joint infection which was diagnosed as overloading. I had started to study medicine and I was also a professional horseback rider. I suffered from headaches and back pain and had to take painkillers every day so that I could study and ride.

Then I was vaccinated against Hepatitis B and after that, my disease exploded. I couldn't find help or even get a diagnosis. Finally, my veterinarian told me to research Lyme. The first tests were all negative but I read as much about it as I could and found a good working treatment. I believed I was treating a disease I had had for 3-4 years. Once my health was improved, I started to help other Lyme patients, and since 2009, I have had a practice here in Graz. People from all over the country come to me. Treatment of persistent Lyme is not only about a good antibiotic combination. Patients have to change their life and their eating habits. They have to strengthen their immune system, which has been damaged by environmental toxins, heavy metal burdens, nutritional deficiencies, etc. I personally think that the stabilization of the gastrointestinal tract and the change in food patterns is the road to success in the treatment of persistent Lyme disease.

What prevention methods are currently being used in Austria?

Currently there is no prevention against Lyme disease in Austria. The general recommendation is to wear fitted white clothes and use tick repellents. But this does not keep you safe from a bite by a tick. The publicity for public awareness has to be much broader and more detailed about Lyme disease. Baxter is trying out a new vaccination. In my opinion, this will be a big disaster. In the USA, there are fewer bacteria strains then we have here in Europe. Because of this, I don´t think that the vaccination will work and people could become much more ill from it, especially if they are already Lyme carriers. Additionally, there is no immunity for Lyme. This means that every person who had Lyme and was treated can get a new infection after a new tick bite. Once a patient has been vaccinated, doctors and patients will not even think about Lyme disease as a diagnosis because they will see the patient has been vaccinated. So it is a vicious circle.

What do you think needs to be done in order to move forward?

Education for both doctors and the general public is perhaps the most important thing: understanding that Lyme is not a normal infection that can be cured in a few days. Lyme is a multi-systemic illness with a variety of symptoms. Doctors need to be trained in how to diagnose and treat the disease along with other co-infections. As for patients, it is most important that persistent Lyme is accepted by the government and by insurance companies. Without insurance, patients cannot afford treatment, which means they can't work and often lose their jobs. 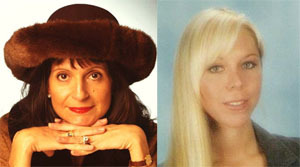