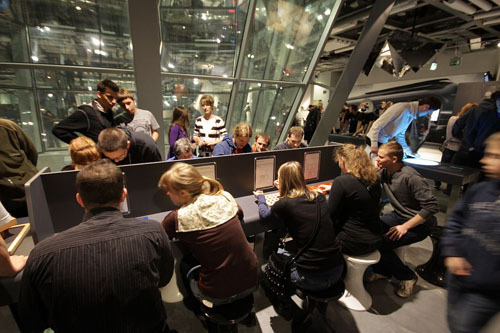 "The crucial difference between Poland and many other countries is that we focus on providing the same comprehensive curriculum to students until the age of 16 and ensuring that nearly all students finish upper secondary school." - Maciej Jakubowski

What were the education reforms that enabled the improvement of Polish students' 2012 PISA test results from far below the OECD average to the European top? What were the education goals of this country with large socio-economic disparities? What is being done to achieve them? What are Poland's next steps to build on PISA successes to date?

Maciej Jakubowski served as an under-secretary of state (deputy minister) at the Polish Ministry of National Education between 2012 and 2014, and was responsible for the Ministry's budget and school funding, international cooperation, as well as building the country's long term education strategy. He helped implement a value-added system to evaluate teaching quality of lower secondary schools in Poland, a project that covered all schools and now serves as the basis of school evaluation using standardized testing tools. He joins me today in The Global Search for Education to explain what Poland did. 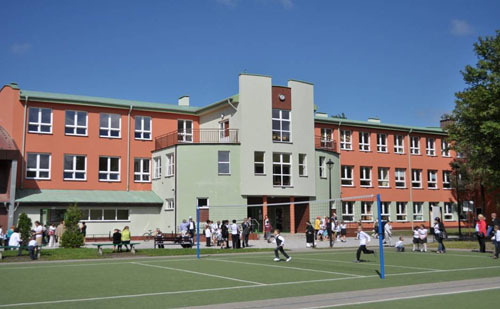 "Politically, it might be more difficult to change school structure or teacher policy, but it takes even more effort to convince all teachers to shift away from an outdated teaching approach they have used for many years to something new." - Maciej Jakubowski

Congratulations on Poland's success in the 2012 PISA test. Was improving your students' test results on the PISA exam important to you?

The OECD PISA study is crucial for us in terms of assessing outcomes of Polish education reforms. The first PISA study was conducted in 2000 just before the first reforms could have any impact on 15-year-olds. Thus, this study served as a benchmark for us. PISA 2003 showed large improvements in student outcomes, mostly among the lowest performing students. The subsequent PISA studies also provided evidence that the 1999/2000 reforms helped reduce school disparities in student outcomes from one of the highest levels among the OECD countries to a level far below the average, comparable to Nordic countries. That was an important achievement in a country with large socio-economic disparities. It was also among the main goals of the 1999 reform: providing equally good comprehensive education for all students.

The latest PISA results provide an assessment of the 2008 reform, which introduced a new core curriculum that is written in the language of learning outcomes. The new core curriculum focuses less on knowledge and more on critical or analytical thinking. Students tested in PISA 2012 were the first age group that followed the new curriculum for the whole three years in the lower secondary schools. We were expecting some improvements but we were not sure they would show up in student outcomes so quickly. It was a nice surprise to see how quickly teachers adapted to these changes and students benefited from them. These results were very important for the Government as they prove that the reforms, which were often criticized, were actually crucial for the future of 15-year-olds. For me, as the under-secretary of state in the Ministry of Education, it was especially helpful as I got another strong argument in the political battle to defend the reforms.

To what or whom do you attribute your success?

First, to the excellent work of the Polish teachers and strong motivation of the Polish students. Second, to the well-thought and widely consulted changes in the curriculum. These changes were very quickly adopted by the teachers and students also used them quickly to grasp skills that they know are highly demanded. We had complained for years that while the 1999/2000 reform introduced significant changes in the structure of the school system, the curriculum was still outdated, focusing too much on knowledge acquisition and too little on critical thinking, analysis, discussion and problem solving. The curriculum introduced in 2008 shifted emphasis to learning outcomes and it was aligned with the new national examinations' standards. It was not easy to implement these changes but public debate helped to convince many that they were needed. I think that teachers also realized the advantages of the new curriculum but no one was sure about the outcomes. The PISA study provides highly needed evidence as to the effects of the reforms on what students can actually do. 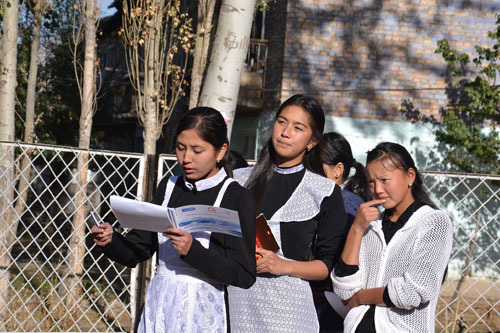 "Changes in the curriculum set new requirements on what students were expected to know at the end of the class. It was no longer about the learning process but the learning outcomes. We emphasize now the ability to present and characterize facts, the ability to analyze and interpret texts, and the ability of expression." - Maciej Jakubowski

Can you briefly explain some of the strategies you used to accomplish your goals?

The two reforms that gradually contributed to improving the Polish results were very different in nature. The first reform implemented in 1999/2000 was part of a large package of reforms. Other large reforms revolutionized health care, the pension system and the government's administration structure. All these reforms were structural, and in education, the reforms affected almost every part of the school system. They were needed to move us away from the outdated post-communist system. These reforms were painful to implement and it took many years for some people to understand their effects. In fact, many stakeholders opposed them and the educational reforms are still highly criticized despite the evidence of their improving student outcomes.

The latest reform was a package of changes but they were less radical as they didn't affect the structure of the system. Changing teaching content is difficult but is less visible to those who do not work in schools. It is crucial, however, to convince those who are in fact implementing such changes, such as teachers and school principals, that the reforms make sense and will bring positive outcomes. Politically, it might be more difficult to change school structure or teacher policy, but it takes even more effort to convince all teachers to shift away from an outdated teaching approach they have used for many years to something new. It seems that the reformers managed to do that and that students also welcomed these changes.

Could you tell me more about the specific changes that you made to the Polish curriculum?

Changes in the curriculum set new requirements on what students were expected to know at the end of the class. It was no longer about the learning process but the learning outcomes. The attention was put not only on acquiring knowledge but also on understanding scientific facts and methods, being able to state hypotheses and verify them through observation and experimentation. We emphasize now the ability to present and characterize facts, the ability to analyze and interpret texts, and the ability of expression. In addition, the emphasis is now on inter-disciplinarity, hands-on classes and experiments. Changes were introduced at all three levels of education: primary, secondary and upper-secondary. Thus, we took a holistic approach when rethinking about our education system and setting up the learning outcomes for children aged 6 to 18 years old. 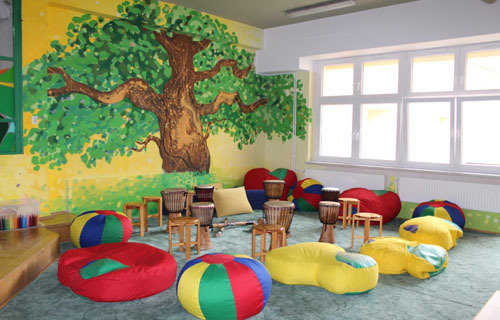 "Next year we will lower the school starting age from seven to six. Last year we implemented a law assuring additional funds for local governments to provide preschool education for all kids between 3 and 5." - Maciej Jakubowski

Maciej, what can the rest of the world learn from your experience?

In terms of how to implement the reforms, we learned from the first reform in 1999 that it is necessary to convince main stakeholders so they do not oppose the reform. We still pay for not showing clearly enough what were the goals and expected outcomes of these reforms. On the other hand, the reforms were so large and crucial that many people would have opposed them even if we had put more effort into public consultations and promotion. These lessons were taken seriously in 2008 when the last reforms were implemented. Some reforms were not implemented; for example, we are still struggling with reforming the school evaluation system using small steps instead of larger reform.

In terms of learning what works in education, our experience suggests that providing schools and teachers with lots of autonomy but at the same time controlling the outcomes through standardized national exams is a good strategy. Also, the crucial difference between Poland and many other countries is that we focus on providing the same comprehensive curriculum to students until the age of 16 and ensuring that nearly all students finish upper secondary school.

The Polish system is decentralized, with important decisions made not only centrally but also at the local government, school and even classroom level. On the other hand, to a large extent we still control funds centrally, making sure that they are fairly distributed to schools and teachers. I believe that because of this, we manage to limit disparities between schools in terms of student outcomes. Our teachers have very similar working conditions in poor areas as in the large cities. They are also pretty independent, in terms of teaching, from political and economic decisions of the central and local government. I think that, together with improved curriculum and higher quality exams, boosted not only the average outcomes of students but worked for all learners, both at the bottom and at the top of performance distribution. 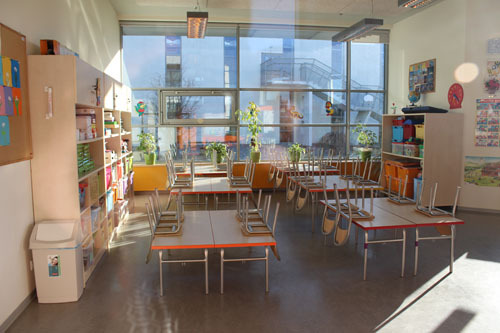 "We took a holistic approach when rethinking about our education system and setting up the learning outcomes for children aged 6 to 18 years old." - Maciej Jakubowski

What are the next steps for the Polish education system given your achievements so far?

We are now in the process of implementing similar curriculum changes in our upper secondary education, so the effects will be seen in the years ahead. We are also changing the school evaluation system, combining the evidence on learning progress from state exams that is provided through the value-added models with the evidence coming from the more in-depth school evaluations. We also plan to change our teacher professional development system, creating incentives for networking and group work, which is a weak side of our teachers. Our largest reforms recently implemented relate to early education. Next year we will lower the school starting age from seven to six. Last year we implemented a law assuring additional funds for local governments to provide preschool education for all kids between 3 and 5. This way Polish kids will start education at the age of 3 and continue comprehensive education until the age of 16 or 17. I believe these are the crucial changes that will help the next generation of Polish students to perform at even higher levels. 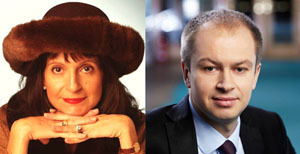 Photos are courtesy of the Polish Ministry of National Education and the Ministry of Foreign Affairs, Republic of Poland.