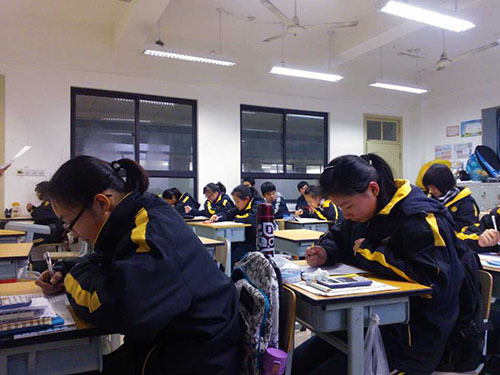 "The Chinese government has done a lot of policy making; it is the enforcement that is the problem." - Yong Zhao

Like many countries, China faces tough challenges implementing its education reform strategies. Yong Zhao speaks around the world on educational issues, particularly on matters related to globalization and education, creativity, global competitiveness, education reform, and education technology. He has written extensively about education reform in China - most recently in Helen Janc Malone's book, Leading Educational Change: Global Issues, Challenges, and Lessons on Whole-System Reform; and coming from Jossey-Bass this fall, Who's Afraid Of The Big Bad Dragon: Why China Has The Best (and Worst) Education In The World.

Today he shares his perspectives with me on the Chinese education system in The Global Search for Education.

Ordinary Schools, Key Schools and Exemplary Schools. Please briefly explain these types of Chinese Schools historically, including how each is supported by the government.

The Chinese education system is unequal by design. Starting in the 1950s, the Chinese government decided to concentrate limited resources on a very small number of schools by designating key schools. While all schools receive funding from the government, "key" schools received more funding, gathered better teachers, and enjoyed better facilities than "non-key" or ordinary schools. Moreover, these schools were allowed to select students from a bigger pool of candidates than ordinary schools. As a result and as expected, these few schools became the best schools in China.

Key schools were abolished during the Cultural Revolution but were immediately restored after the Cultural Revolution ended. Guided by the belief that China must focus its limited resources on creating a few excellent schools, even at the cost of the majority of schools, key schools were designated at all levels: national, provincial, and local. In other words, all schools in China were designed by the government to be different with different funding, different teachers, different facilities, and different admissions policies. The designation was based on the conditions of the school at the time: better schools got more prestigious designation, more funding, and more favorable policies. The rich got richer, and the poor, poorer.

Faced with rising demand for equity and mounting pressure to alleviate the damages of testing, the Chinese government began to reconsider the key-school approach. In 1995, the Ministry of Education changed the designation of key school to Exemplary School or Model School and assigned such designation to 1,000 schools nationally. The title change did not have any meaningful change in substance.

In 2006, key schools became illegal according to the revised Compulsory Education Law. But in practice, they continue to exist, under different names. 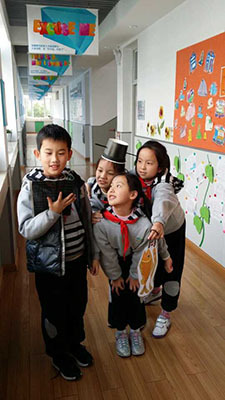 "The inequalities in school choice are not only between rich and poor, but also the powerful and powerless, as well as good test takers and poor test takers."
- Yong Zhao

Are there any efforts planned by government to better address the needs of Ordinary Schools?

Yes, but only in recent years. One such effort is to undo key schools and treat all schools equally, such as outlined in the Compulsory Education Law. The overall investment in education has increased dramatically and thus even the ordinary schools have received more funding. Other efforts include improving teacher quality for all schools, reforming curriculum for all schools, and providing more funding for schools in less developed areas, as well as encouraging partnerships between ordinary schools and traditional "key" schools.

The Chinese government has tried for decades to reduce the huge inequalities in school choice between poor and rich families. Describe some of the reform strategies used by government and the challenges these reforms have encountered in the big cities as well as in rural areas?

The inequalities in school choice are not only between rich and poor, but also the powerful and powerless, as well as good test takers and poor test takers. The government has undertaken numerous measures to address all. Among others, attempts to end key schools, policies for residence-based enrollment, and regulations forbidding the use of testing as admissions criterion are some of the most significant ones. The government has also made efforts to improve the quality of education in all schools so as to reduce the gap among schools. More recently, the government has also been working policies to allow children of migrant workers--over two hundred million or about 1 in 6 Chinese--to enroll in local schools and possibly participate in the college entrance exam of the province where they work in, instead of the one where they were born.

These policies have not had much impact on the fierce competition for better schools. Parents, that is, those who have the money or power, continue to try everything possible to get their children into better schools, typically the traditional key schools. Schools in high demand continue to use various means to select students. The fundamental problem goes beyond not enough high quality schools. It is the culturally entrenched norm-referenced valuing system, that is, the quality of schools are determined by their relative quality to others rather than their intrinsic quality, as I discuss in detail in my book, Who's Afraid of the Big Bad Dragon: Why China has the Best (and Worst) Education System. This belief is reinforced by practices that deliberately sort schools into hierarchically ordered institutions such as key schools and ordinary schools. 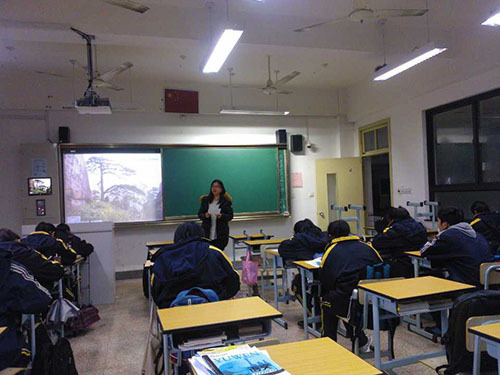 "Despite China's large population, significant investment in science and technological innovations, and the recent jump in the number of patent applications and scientific publications, the overall quality of its patents and papers remains very low." - Yong Zhao

What are some of the strategies used by schools and by parents to get around the "residency by district only" reforms? What else can government do to reduce the inequalities?

There are many "creative" ways schools and parents have used to get around the policies. In the case of the residency-based enrollment policies, schools (mostly excellent schools) can deliberately have a smaller district, thus having fewer potential students so as to leave space for out-of-district students, admitted either through testing, interviews, or "donations" by parents. Local authorities can also devise policies to protect a few outstanding schools so that they could admit students from outside their district since a school's reputation is also the reputation of the local government. Moreover, children of local government officials or their relatives and friends do not want to go to an ordinary school just because they live outside the district.

Parents can get around the policy in different ways as well. For the wealthy, they can purchase housing in the district or make "donations" to the school. For the powerful, they can convince the school to make exceptions. For the ordinary parents, they can have their children enroll in special tutorial classes explicitly or implicitly operated by the school they wish to get in. Or if everything fails, they still have a chance, but their children have to be exceptionally good at taking tests.

The Chinese government has done a lot of policy making; it is the enforcement that is the problem. But the enforcement is significantly hindered by the rampant quid-pro-quo existing in China. To truly address the issue, China will have to have a culture shift - away from one way to judge a person's success to multiple pathways to life's success. 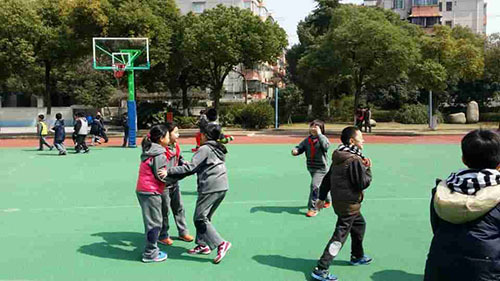 "The fundamental problem goes beyond not enough high quality schools. It is the culturally entrenched norm-referenced valuing system, that is, the quality of schools are determined by their relative quality to others rather than their intrinsic quality."
- Yong Zhao

"No one, after going through 12 years of education in China, has a shot at the Nobel Prize, even if he/she goes to Harvard, Yale, Oxford, or Cambridge for college," said one of the most influential education writers in China, Professor Zheng Yefu of Peking University. Many observers have uttered similar opinions. For example, Kai-fu Lee, a prominent computer scientist and venture capitalist who worked as a high-level executive at Apple, Microsoft, and Google, once commented that China couldn't have the next Apple or Google unless it abolishes its education.

More telling are the number of indigenous patents and scientific research outcomes in China. Despite China's large population, significant investment in science and technological innovations, and the recent jump in the number of patent applications and scientific publications, the overall quality of its patents and papers remains very low. My own research shows, for example, PISA rankings have a significant negative correlation with entrepreneurial qualities (see World Class Learners: Educating Creative and Entrepreneurial Students).

It would appear that schools and parents still believe that the best test takers are the most talented students and those who deserve the limited spots in the most prestigious schools. What is the solution to this disconnect?

The ultimate solution is the cultural shift I mentioned earlier, plus massive systemic reform. China needs to begin valuing all professions as worthy of pursuing instead of just a degree from the most prestigious universities and obtaining employment with the government. This requires attaching not only more respect to non-government positions, but also less material value to government positions. It also requires a change in the mindset that test scores truly measure one's talents or abilities. The government will need to allow universities more autonomy in making their own admissions decisions using their own criteria, which the government has been experimenting with. But when all universities are under government control, the room for experimentation has been limited. Thus the government, in order to realize its aspiration for becoming a nation of innovation, will need to allow more independent higher education institutions.

(All photos are courtesy of Li-Hsien Yang)