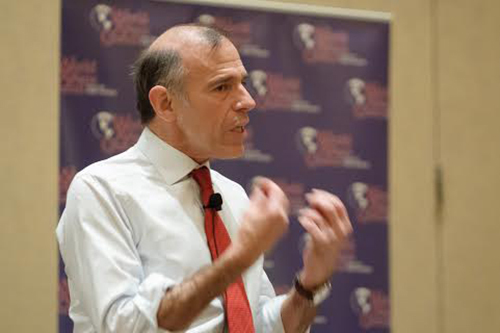 "The Future of Employment study makes clear that what matters most today is what you can do with what you know, rather than how much you know."
- Dr. Tony Wagner

What does today's technology mean for tomorrow's jobs and how can we better structure our education system to ensure that the future working population can prosper in the labor market?

A large range of 20th century jobs are endangered by the machine age. A recent Oxford Martin School study by Dr. Carl Benedikt Frey (Oxford Martin School) and Dr. Michael A. Osborne (Department of Engineering Science, University of Oxford) found that 47% of current US jobs are at risk of automation within the next twenty years. Further, despite recent job growth in the service industry sector, occupations within this industry are highly susceptible. Frey and Osborne assessed the degree to which 702 specific jobs are vulnerable to computerization, distinguishing these occupations into categories of high, medium and low risk.

One of the main ways governments have helped people during previous waves of technological progress is through education system reform. What should government be doing now to make the changes that are necessary?

To discuss these issues further, I am joined today in The Global Search for Education by Dr. Carl Frey and Dr. Michael Osborne, authors of The Future of Employment: How Susceptible are Jobs to Computerization, and Dr. Tony Wagner, Expert in Residence at Harvard University's Innovation Lab. Tony will be leading a presentation on Education for Innovation at next week's OPPI Festival in Helsinki, Finland. 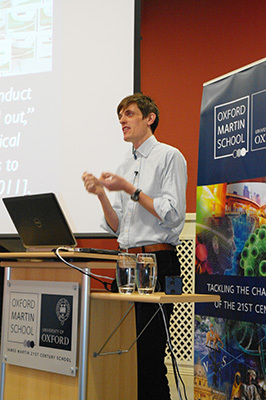 "I can only recommend that young people continue to gain the kind of cognitive and creative skills that give them a competitive edge over machines."
- Dr. Michael A. Osborne

Gentlemen, could you please summarize what you believe were your most important findings in your study?

Michael: We found that a substantial fraction (47%) of current US employment is at risk of automation within the next twenty years. While some of these occupations are in categories previously thought unthreatened by automation, such as logistics and services, we expect automation to continue to predominately threaten low-skilled workers. In fact, we found a strong negative relationship between the average degree of education within an occupation and its susceptibility to computerization. In a similar way, this was true for the average wage: the better-paid jobs, featuring largely better-educated workers, are unlikely to be automated in the near future. Quantitatively, we found that if only a quarter of people within an occupation have a bachelor's degree or better, the occupation would likely have a fifty-fifty chance of being automatable within the foreseeable future. If half of workers within an occupation have at least a bachelor's degree, its probability of automation is close to zero. It seems clear that education is a crucial issue in considering future jobs.

Can you speak a little about the range of 20th century jobs that are endangered by the machine age?

Michael: We firstly expect that existing trends of automation in production will continue: robots, with ever improving sensors and manipulators, will continue to replace factory workers. We further predict that many sales jobs are vulnerable: online shopping and self-checkouts will only continue to become more popular at the expense of human salespeople and cashiers. In fact, telemarketers were rated as one of the most computerizable occupations; to the dismay, no doubt, of anyone who is sick of speaking to robots on the phone. Perhaps more surprisingly, we expect transportation and clerical jobs to be at risk from new technologies. Autonomous vehicles threaten many logistics occupations, such as drivers of forklifts or mine vehicles, while big data analytics place occupations reliant on storing or accessing information at risk, such as tax preparers. As evidence for the latter: we're already seeing paralegal jobs replaced by algorithms, so this is not an unreasonable prediction. We finally suspect that many jobs in the service sector will be increasingly at risk, with the growth of service robotics and sophisticated algorithms. As examples, court reporters may have their jobs threatened by transcription software, and electronics repair jobs are already being affected by the declining costs of increasingly complex electronic items. This is particularly alarming given the recently high fraction of workers undertaking service work. Nonetheless, many other service sector jobs are likely to remain unautomatable; as an example, human housekeepers are still much better at their jobs than robots. 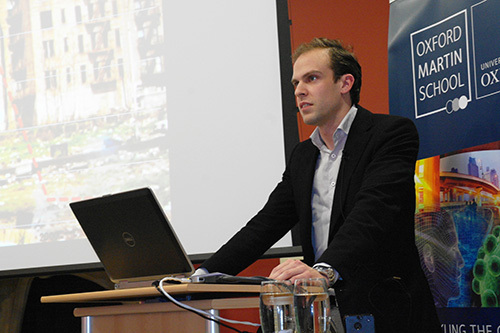 "In the short run, the government could support employment by stimulating the demand for personal services. In the long run, I do not believe there is much of a substitute for training workers to work with computers." - Dr. Carl Benedikt Frey

Please discuss some of the characteristics of occupations not at risk of computerization.

Michael: These jobs involve tasks at which machines are relatively poor: tasks involving creativity or social intelligence. As examples, I think recreational therapists, mental health counselors and primary school teachers are relatively safe for the foreseeable future. Many people may also be surprised to learn that occupations requiring work in very cluttered environments are also relatively safe. For example, the perceptual capacity of a human housekeeper, able to distinguish unwanted dirt from a pot plant, is unlikely to be matched by a robot cleaner for many decades.

Tony, why does this evolutionary phase require more revolutionary changes in education versus the gradual changes we have seen in previous generations?

The Future of Employment study makes clear that what matters most today is what you can do with what you know, rather than how much you know. Many recent college graduates find themselves unemployed or underemployed because they lack the skills needed in an increasingly innovation-driven economy. With academic content knowledge having become a commodity that's available on every internet-connected device, the ability to initiate, discern, persevere, collaborate, and to solve problems creatively are the qualities most in demand today and will be increasingly important in the future. The problem is that our education system was designed, primarily, to teach the three R's and to transmit content knowledge. We need to create schools that coach students for skill and will, in addition to teaching content. If we don't make this transition quickly, a growing number of our youth will be unemployable at the same time that employers complain that they cannot find new hires that have the skills they need. 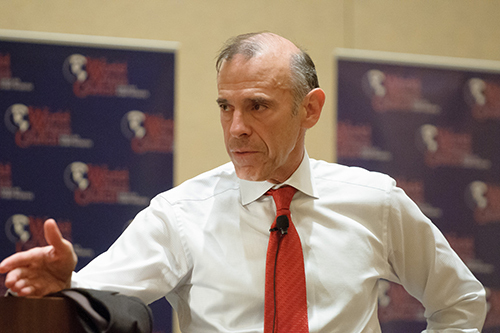 "We need to create schools that coach students for skill and will, in addition to teaching content. If we don't make this transition quickly, a growing number of our youth will be unemployable at the same time that employers complain that they cannot find new hires who have the skills they need." - Dr. Tony Wagner

What recommendations would you make to governments about retraining workers who are now or will be unemployed as a result of this evolution?

Tony: I wish I had an intelligent answer to this important question, but I'm a "recovering" high school English teacher, not an economist. My hunch is that it will take a generation to better prepare young people for the new economy. Meanwhile, perhaps we'll need to put people to work repairing our crumbling infrastructure, helping out in preschools and assisted living homes, and so on. There is a lot to be done to make our country a better and more humane place to live. The question is: are we willing to pay people to do this work?

Carl: In the short run, the government could support employment by stimulating the demand for personal services. In the long run, I do not believe there is much of a substitute for training workers to work with computers.

If you were speaking to a group of high school students today, what fields and disciplines would you encourage them to explore to ensure success in the job market?

Tony: First, I would encourage them to pursue their real interests. Curiosity and intrinsic interest trump mere academic achievement today. Secondly, I'd suggest they consider designing an interdisciplinary major in college around a problem of interest to them. Innovation increasingly happens at the intersections of academic disciplines, not within them.

Michael: One thing that came out very clearly from our analysis was the continuing importance of education. In particular, we found a strong negative trend between an occupation's average level of education and its probability of computerization. As such, I can only recommend that young people continue to gain the kind of cognitive and creative skills that give them a competitive edge over machines. In particular, and I may be biased, but occupations revolving around creative uses of data are likely to be resistant to automation for some time. Further, people skills: the ability to negotiate, or persuade, are likely to become increasingly important for human work, due to their resistance to automation. Finally, manual work in unstructured environments is probably a fairly safe bet: gardeners are unlikely to have to worry about their jobs for a good long while.

Photos are courtesy of the Oxford Martin School and Tony Wagner.

For more information on Education for Innovation at the OPPI Festival: http://oppifestival.com/