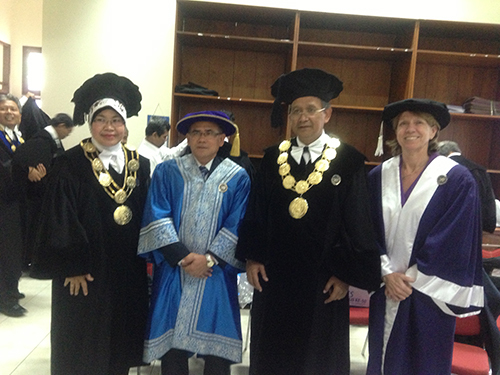 "While there is rich cultural diversity in Asian countries, it is not as pronounced or complex as in many Western systems such as the USA and the UK. In inner city London it is perfectly possible for a teacher to be facing a class of children with ten to fifteen different languages." -- Alma Harris

If one looks at the PISA results, one might easily be tempted to agree that students in schools in Singapore, Hong Kong, Shanghai and Korea continue to outperform their counterparts in the USA and the UK. However, as we learned from Yong Zhao in my recent Global Search interview, his research indicates that PISA rankings have a significant negative correlation with entrepreneurial qualities. Indeed, many Chinese see their country's education system as weak. In an effort to foster innovation and cultivate creativity, Chinese parents continue to flock to the West, enrolling their children in Western colleges and even high schools.

The cultures of West and East are different, but clearly, like all cultures, they have a lot to learn from each other. I am delighted to welcome Andy Hargreaves and Alma Harris to The Global Search for Education today to share their perspectives on what East and West can learn from each other in educational performance. 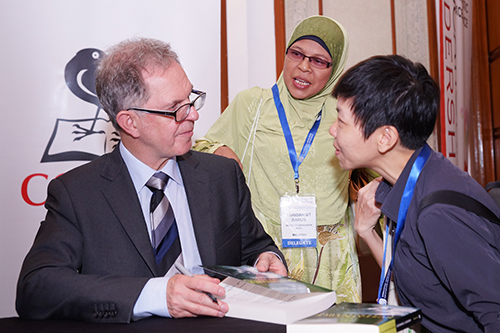 "Students and their families carry more responsibility for student success in the East." -- Andy Hargreaves

Alma Harris - 6 Lessons for the East from the West.

While there is rich cultural diversity in Asian countries, it is not as pronounced or complex as in many Western systems such as the USA and the UK. For example, in inner city London it is perfectly possible for a teacher to be facing a class of children with ten to fifteen different languages. In this amalgam of culture, language and religion, standardized teaching will not hit the mark; there are no uniform solutions that will work. Progress is made because of highly skilled teachers who understand differentiation and are committed to success for each child irrespective of background. 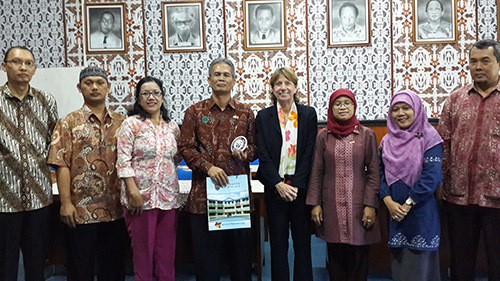 "As the international league tables clearly show, the hallmarks of a world class university education still reside in the West rather than the East. Therefore, the huge demand from young people in Asia to be educated in the best universities in the West looks set to continue." -- Alma Harris

When walking around a classroom, ask yourself how many children are asking questions rather than just answering them? Pupil participation is viewed as an important part of the educational process in the UK and the USA. In short, students are contributors, not just recipients of the educational process they experience. While there is a move towards greater student voice in the East, it is still an area to be further developed.

Schools in the East are still largely bound by centralized control mechanisms that are dependent on the leadership, authority and responsibility of certain individuals. In some systems in the East, like Singapore, there are strong reciprocal relationships between the various layers in the system and this is paying dividends in terms of better performance. In most cases however, leadership in the East tends towards the autocratic and remains fairly top down. In contrast, the West has recognized that shared or distributed leadership is a potential game changer in terms of better performance.

6. Public Education as the Gold Standard.

In the East, the privatization juggernaut is a powerful force as parents seek out the best education for their children where the public school system is simply not meeting demands or expectations. While the same privatization juggernaut is rolling through the English hills and plains of the USA, despite some success, there remains a strong opposition and a resilient view that education is a public good and not a commercial enterprise. 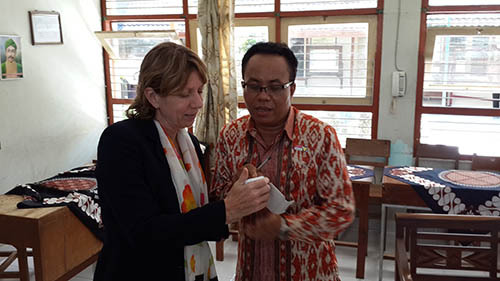 "Teachers still command great respect in the families and societies of many Asian cultures." -- Andy Hargreaves

Andy Hargreaves - 4 Lessons for the West from the East.

In the West, lack of student success is often regarded as being due to lack of ability in the student, or of poor support from the school or society. In the East, lack of success is more often perceived as being the result of lack of effort, discipline and persistence on the part of the student and his or her parents. Students and their families carry more responsibility for student success in the East. There, inability does not debar students from success or mastery of calculus or a musical instrument - it is time, endeavor, and practice that are critical factors. Although this "Tiger Mother" orientation has been exaggerated by the "no excuses" movement in the West, more attention to the virtues of personal responsibility, hard work, dedication and sacrifice would be no bad thing.

Asian countries like Singapore have scored well on the recent PISA survey of problem solving. Problem solving, as represented in PISA, though, really amounts to questions of logic that can be broken down into smaller components of linear-sequential thinking that can be aggregated into a final solution. Creativity calls for leaps of imagination or dramatic shifts of perspective. Critical thinking involves challenging authority and questioning accepted modes of thinking. In Asia, how far will it be possible for challenges of established wisdom in business, science or engineering to be insulated from criticisms of political and bureaucratic authority?

Student achievement depends on students being engaged with their learning. There are basically five kinds of engagement - whether the learning is presented in such a way that makes it intrinsically interesting (fun, enjoyable, intriguing etc), whether it is seen as important (high status, canonical, worth knowing), whether it is useful (in work, life or higher education), whether it is worth the cost or the effort compared to other ways of spending one's time (dedication, perseverance, deferred gratification, etc), and whether it drives a quest for mastery, like playing the piano or running a marathon. Asian educational systems and cultures place high importance on the last two kinds of engagement more than the first three. In Japan, however, where a low birth rate has meant easy access to university, and with a curriculum that has emphasized the last two kinds of engagement over the other, students are now questioning whether the effort is worth the cost, especially if the curriculum offers no intrinsic enjoyment or pleasure. The West has sometimes offered more fun or enjoyment, and stressed that things are worth knowing for their own sake, but with many different course options available and the availability of many repeat chances, especially in America, the effort/return equation is not always as pressing as it perhaps should be compared to Asian societies.

One of Confucius's legendary quotes was this: "If you think in terms of a year, plant a seed; if in terms of ten years, plant trees; if in terms of 100 years, teach the people." Confucian and Buddhist traditions revere teachers and teaching. Despite the aberration of the Chinese cultural revolution which reviled teachers and intellectuals instead of revering them, and despite the decline of respect for teachers and education in nations like Japan due to the globalization of Western popular culture, teachers still command great respect in the families and societies of many Asian cultures. In high performing Singapore and Finland (which some people regard as having been heavily influenced historically by Russian values and traditions), teachers are seen as the builders of their nations, just as Confucius claimed, and they are selected and rewarded accordingly. What the West needs to learn from this influence is that teachers are important not just because they like children, or help all students reach their potential, but also because the future society depends on them.

For more on Uplifting Leadership

(All photos are courtesy of Andy Hargreaves and Alma Harris)