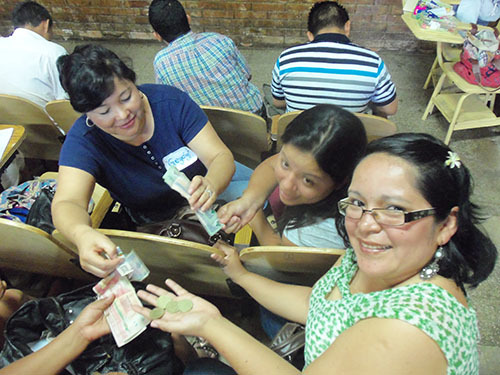 "Latino students should feel proud of their mathematical and cultural heritage, and move in unison with their host country as we co-create a culture that values mathematical ideas. That should be the goal of any mathematics education agenda." -- Hector Rosario

How are Brazil and other Latin America countries innovating mathematics education? This year, 35-year-old Brazilian mathematician Artur Avila became the first Latin American to claim the prestigious 2014 Fields Medal (International Medal for Outstanding Discoveries in Mathematics), considered by many to be the mathematician's "Nobel Prize."

The largest percentage of foreign-born residents in the United States come from South America, Central America, Mexico and the Caribbean. In 28 states, more than two-thirds of English Learner Language students (ELL) speak Spanish at home.

Math education in Latin America is the subject of an all-day symposium at Teachers College, Columbia University on Monday, October 13. I caught up with some of the featured speakers over the weekend to discuss what the world can learn from Latin America about mathematics education for boys and girls. It's my pleasure to welcome to The Global Search for Education Dr. Hector Rosario (University of Puerto Rico), Dr. Angel Ruiz (University of Costa Rica, President of the Inter-American Committee of Mathematics Education), Dr. Eliana Rojas (Neag School of Education, University of Connecticut), and Dr. Claudia Maria Lara Galo (Universidad Panamericana, Guatemala). 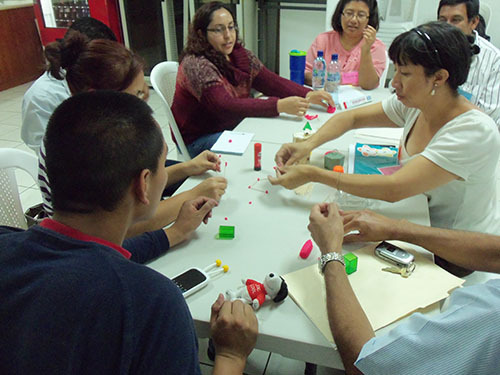 "We must recognize the importance of using simple objects as teaching materials. Since most schools are in very poor surroundings, they should creatively recycle objects that may be considered "trash" to design useful tools for learning."
-- Claudia Maria Lara Galo

What lessons from Latin America can be applied to improving mathematics education around the world?

Hector Rosario: Brazil might be the best example in terms of recent mathematical and scientific success. Not only has Brazil invested in world-class research centers like the Instituto de Matemática Pura e Aplicada, it has also begun an ambitious program to create 1,000 math circles in 2013, organized by Robert and Ellen Kaplan http://www.mathcircles.org/.

Claudia Maria Lara Galo: The most important finding is that it is necessary to identify and value the mathematics of our own ancient cultures (e.g. the Mayan in Guatemala´s case) that still have an impact in our lives. Mathematics is a way of looking at nature and is present in everyday life: in the knitting techniques, to plant corn or beans, and to buy and sell in the market place. Second, we must recognize the importance of using simple objects as teaching materials. Since most schools are in very poor surroundings, they should creatively recycle objects that may be considered "trash" to design useful tools for learning.

Angel Ruiz: Sociocultural context is an important dimension to be considered for classroom strategies. It's important to understand curriculum design in close relation to its implementation. One does not elaborate a curriculum "in vitro" and then proceed to implement it as a separate issue. There is a need to modulate from the beginning the contents or curricular methodologies, taking into consideration teachers' conditions, local and national educational environments, possible resources, and an overall plan to get the curriculum implemented. The recent experience of mathematics curricular reform and its implementation in Costa Rica can be an interesting model for other developing countries.

Students from low socioeconomic backgrounds are heavily exposed to traditional methods of teaching mathematics such as having students read in unison the definition of concepts, without having conversations about the meaning of what they read; there is minimum dialog or interactions. "Drill to kill" is understood as the mathematics practice for the poor. 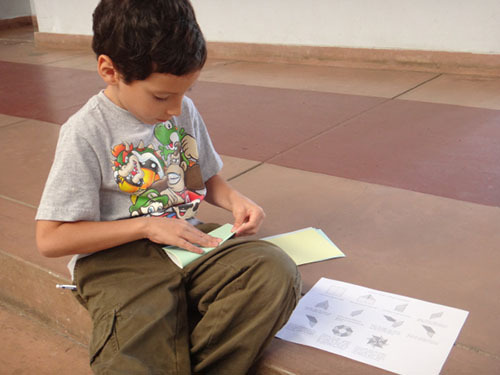 "The recent experience of mathematics curricular reform and its implementation in Costa Rica can be an interesting model for other developing countries." -- Angel Ruiz

What lessons were specific to improving girls' engagement and success in math education?

Hector Rosario: We should look at Puerto Rico in this regard. To quote from the Puerto Rico chapter of Mathematics and Its Teaching in the Southern Americas (Rosario et al):

"In the United States, the NAEP exam results indicate that males perform better than females in mathematics. This difference, however, is not seen in Puerto Rico where females perform as well as males. In fact, females perform approximately 5 points higher on average in the Geometry and Spatial Sense section. This lack of a gender gap continues to be seen in post-secondary institutions. Based on data from Río Piedras and Mayagüez, approximately 36% of graduates in engineering programs are women and approximately 60% of graduates from other science and mathematics programs are women. While obviously there is still a gap in engineering fields between male and female graduates, it should be noted that this gap is far less than anywhere else in the United States."

Claudia Maria Lara Galo: When women are educated, there is a positive impact on health issues, getting a job, better childcare, etc.

A big effort is being made by the government and NGO´s to increase girls' participation in schools. We need more girls to pursue science and math careers. There is still a lot of discrimination against girls. Teachers must change their attitudes in class, giving the same opportunities to boys and girls.

Eliana Rojas: Success in mathematics learning has to do with opportunity and access. It has to do with exposing all students, independently of their gender, cultural heritage, race, socioeconomic condition or immigration status to a systematic rich and rigorous mathematics curriculum. 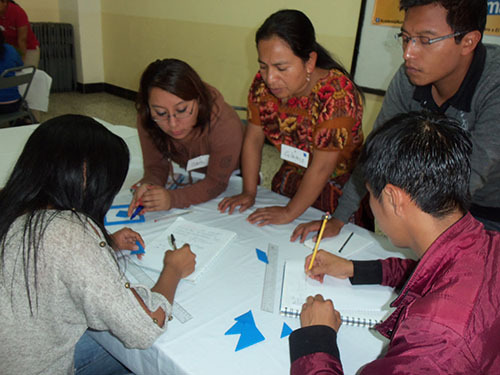 What are the implications for teaching mathematics to Latino immigrants in the United States?

Hector Rosario: I think we should move away from the disenfranchising "minority-plagued language" into a more empowering discourse. In this regard, we may learn from the Jewish people who have been proud of their culture as they consistently produce works of intellectual merit, while still contributing to the welfare of the host nations as a whole. Likewise, Latino students should feel proud of their mathematical and cultural heritage, and move in unison with their host country as we co-create a culture that values mathematical ideas. That should be the goal of any mathematics education agenda.

Claudia Maria Lara Galo: Mathematics is both a tool and a way of perceiving life. It develops critical thinking skills, which every person must have. To teach math successfully, it is necessary to understand the context of the students and respect it and use it to help students relate to what they are learning in school. A student must feel comfortable and see the purpose of studying.

Angel Ruiz: I believe there is a need to better understand the sociocultural and educational contexts where these Latino children or their parents come from. It is not only an issue of language; there is also a need to have a wider cultural perspective. A closer contact between US teachers and Latin American teachers or scholars would be very helpful.

Eliana Rojas: Mathematics has/is a language in itself and needs a strong language to be communicated effectively. First and foremost, valuing and recognizing the student's first language and culture, and second, understanding the main principles and challenges of second language acquisition.

Teachers tend to ignore the participation of students who need extra time. Wait time is a very important pedagogical practice, encouraging students to continue, paraphrasing and or allowing them to ask for help. Mathematics classrooms need to become communities of trust where students are allowed to make mistakes, where trial and error are appreciated and encouraged.

Mathematics teachers in the USA need to recognize, understand and value Latino/Latina students' previous mathematical educational trajectory, its history, its foundations, its curricular sequence, the quality and quantity, and also its assessment.

In order to build new content knowledge, teachers need to acknowledge students' previous experiences, including individual understanding and interactions with the curriculum. This implies sorting out multiple interpretations of concepts. For example, the notion of temperature (Celsius versus Fahrenheit) and the measurement system (metric versus pound). All these conceptual differences could hinder students' thinking processes, motivation and readiness to solve problems. 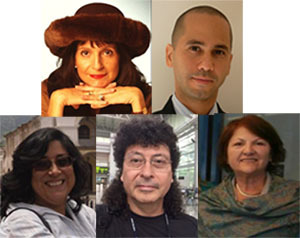