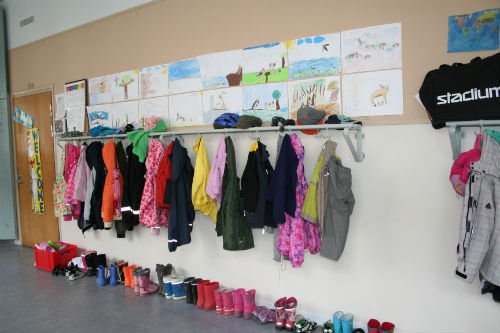 "American scholars and their writings, like Howard Gardner's Theory of Multiple Intelligences, have been influential in building the much-admired school system in Finland." -- Pasi Sahlberg

A little over 4 decades ago, Finland transformed its education system as part of the country's economic recovery plan. Finnish students had become the best young readers by the time the 2000 Program for International Student Assessment (a global standardized test for 15-year-olds) results were published. Three years later, Finnish students led global students in Math, and by 2006 they were doing it again in science. Perhaps more important than their PISA results, however, was the take home that the Finnish school system is one of the most equitable in the world, i.e. performance variation among students in schools remains small.

Why are these Finnish and US education systems so great?

The Global Search for Education welcomes back Howard Gardner of the Harvard Graduate School of Education. The author of twenty-nine books translated into thirty-two languages, Gardner is best known for his Theory of Multiple Intelligences. Since the middle 1990's, Gardner has directed the Good Project, a group of initiatives that investigate work, collaboration, citizenship, digital life, and other vital matters. He has received honorary degrees from 26 colleges and universities and was twice selected by Foreign Policy and Prospect magazines as one of the 100 most influential public intellectuals in the world. Joining Howard is Finnish educator Pasi Sahlberg, whose award-winning book, Finnish Lessons: What Can the World Learn from Educational Change in Finland, has been translated into 20 languages. Pasi received the 2012 Education Award in Finland, the 2013 Grawemeyer Award in the United States, and the First Class Knight of the White Rose of Finland in 2013. 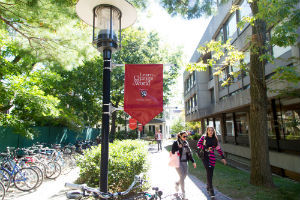 "Far from spurning tests, my colleagues and I favor assessment all the time -- daily as well as quarterly; from within and from without; by individuals themselves and by those who are responsible to them." -- Howard Gardner

Gentlemen, Why are the Finnish and US systems so admired globally?

Howard: In any realm, from GNP to soccer, we like to rank order nations. This practice has positive and negative aspects. With respect to education, we look at so-called objective measures: scores on international comparisons. In international comparisons in K-12 education, that usually means TIMSS or PISA; in comparisons across higher education, rankings based on publications, patents, and plaudits (e.g. annual poll in the Times of London). In the latter measure, 15 of the top 20 colleges and universities are located in America.

Why American? Without question, the amounts of resources available in the U.S. over the last century are a major contributing factor to the current high status of American institutions. But resources can be deployed intelligently or foolishly. In the middle of the 20th century, American colleges and universities opened up their doors to an unprecedentedly diverse student body and also attracted faculty from all over the world who were outstanding researchers. Unlike the case in other developed countries, where research and teaching are often separate tracks, these researchers also taught undergraduates. And unlike the case in other countries, where higher education is essentially vocational or professional, American colleges and universities offered liberal arts education -- a broad set of courses which developed analytic, creative, and communicative capacities.

Finland tends to be highlighted over other high scoring countries because the nation achieves high scores in a democratic (non-autocratic) setting. Other high scorers, particularly in East Asia, are assumed -- rightly or wrongly -- to apply great pressures on students and to 'force feed' answers to examination questions rather than to prepare students for broader modes of inquiry. Also, residential interactions and co-curricular opportunities are limited.

Pasi: As I describe in detail in Finnish Lessons 2.0, the global fame of Finland's K-12 school system is fairly recent. Before the OECD's PISA study that was launched in 2000, Finnish education was only rarely part of international conversations. Finnish primary school aged children have been found to be good and active readers in earlier studies; but other than that, Finnish school had nothing worth of mentioning in international perspective. The role of an international education rock star was unexpected and certainly not sought by the Finns.

Since the year 2000, the Finnish school system has been one of the most examined K-12 education systems in the world. Foreign media and researchers have had a particularly central role in trying to discover what they often refer to as the 'secret' or 'miracle' of Finnish education. One of the aspects that most of these external investigations have failed to reveal is that Finland's success is often built on research, innovation and models from other countries, most often from the United States. Finnish people know very well that higher education and also academic research in the United States is world class. Therefore, American scholars and their writings, like Howard Gardner's Theory of Multiple Intelligences, have been influential in building the much-admired school system in Finland. 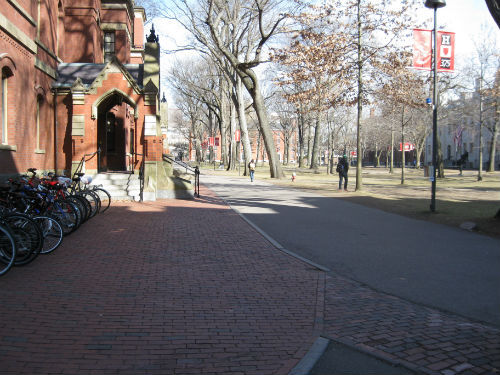 "Within campuses, high amounts of cheating, drinking, and sexual rapacity on the part of students raise questions about whether these institutions deserve to be supported, indeed given tax-free status. So do faculty who focus primarily on research rather than on teaching; and administrators who direct their attention to issues other than learning." -- Howard Gardner

How do we assess the progress of schools that don't employ testing?

Howard: Far from spurning tests, my colleagues and I favor assessment all the time -- daily as well as quarterly; from within and from without; by individuals themselves and by those who are responsible to them. But we don't favor single high-stake tests, which inevitably reduce complex processes to 1-2 easily quantifiable skills. We are sympathetic to the procedure once prevalent in England: schools were assessed by individuals or groups -- dubbed 'inspectors' -- that came to visit the campus for a few days, looked widely and listened carefully, and wrote up their impressions and recommendations. This practice is still employed for accreditation purposes in the United States and, less frequently, in England.

Pasi: I think there are grand misunderstandings regarding testing in schools. First, we need to assess students and schools to know how things are progressing. There is a lot of assessment and testing going on in Finland at a regular pace, or all the time as Howard said. Second, there are many alternatives to census-based standardized tests that measure all the students in some subjects every year. There are no external standardized tests in Finland before the end of high school. Before that, students are assessed using teacher or school-made formative and summative tests, and sample-based national assessments. It is a bit like having your health checked in a clinic. Your trusted doctor never takes all the blood out of your body to determine your health. Normally, one or two small vacutainer tubes will do. In the U.S., I believe, it would be quite enough to reduce the amount of external standardized testing to the level that would include an exam at the end of junior high school and then at the end of high school. Then making better use of sample-based NAEP (National Assessment of Educational Progress) would indicate the overall health of state level education systems. Collective human judgment informed by reliable evidence is a much better way to assess teaching and learning in schools than data-driven judgment based on high stakes standardized tests.

What are the threats to quality in the short and long term?

Howard: With respect to higher education, there are both external and internal threats. The quality of higher education institutions is threatened if the cost of matriculation is too high and if families -- parents more than students! -- want only vocational education. Within campuses, high amounts of cheating, drinking, and sexual rapacity on the part of students raise questions about whether these institutions deserve to be supported, indeed given tax-free status. So do faculty who focus primarily on research rather than on teaching; and administrators who direct their attention to issues other than learning (e.g. size of endowment, percentage of students rejected, number of trophies).

We might distinguish between two foci in higher education. "Core" focus entails teaching and research in and across the major disciplinary areas, use of library facilities, museums, and scientific laboratories. "Extra" focus involves athletics and other extra-curricular activities, the landscaping of the campus (which can cost millions), lavish housing and dining facilities, Olympic style athletic facilities, and Broadway style performing arts centers. In my view, elite American institutions have come to foreground these 'extra' features, while -- perhaps unintentionally -- downplaying the centrality of 'core' factors.

Pasi: First, continuing economic difficulties are beginning to affect public sector budgets, especially in poorer parts of the country. Classroom assistants, extra-curricular programs, small schools, and special education services are the first ones on the line to be reduced. At the same time with these financial shortages, Finland is becoming a new home to many more immigrants and refugees who don't speak Finnish and therefore need intensive help and care if they are to truly feel at home in Finland. Second, the rather long period of time in the international limelight has created certain complacency; there is a reluctance to anticipate future trends and inability to envision what kind of education system we need in the future. In fact, many Finnish authorities and politicians have been spending time and money thinking about how Finland's world famous school system could be turned into profitable foreign exports rather than finding out the next Finnish school. In efforts to do that, some have referred to American higher education - how that admired system plays an important role in the U.S. economy by selling education services around the world. 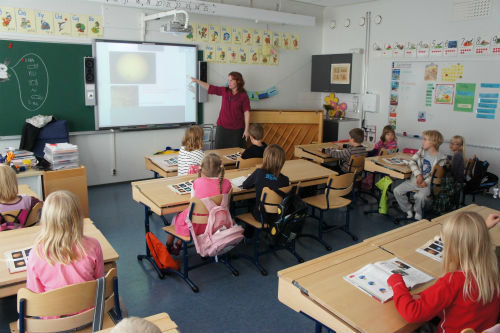 "Finnish schools are free to focus on 'good' education that leads to excellence, engagement and ethics. I would add two more E's from Finland to Howard's definition of Good Education: Empathy and Equity." -- Pasi Sahlberg

How can Good Work be measured or assessed?

Howard: Our research over two decades reveals that good education encompasses three factors: l) the quality of teaching and learning is excellent; 2) students and faculty are engaged in learning; 3) institutional policies and practices are carried out in an ethical way. We speak of the 'three Es" of good education: Excellence, Engagement and Ethics.

There is no 'golden way' to measure any of these Es; it is preferable to use a variety of measures -- devised in ways appropriate to particular institutions and their explicitly stated goals. Often this assessment is done more meaningfully and usefully by knowledgeable colleagues from peer institutions, rather than through surveys or short answer interviews.

How might Finland be seen as a place where Good Work is being done?

Pasi: I think Howard has a good interpretation of what Good Education is. I believe that the Finnish education system already addresses the three E's because its ethos is built on equality, cooperation and a strong individual approach to learning and personal development. Unlike in the U.S., where school education has become much more standardized and driven by external requirements, like bureaucratic accountability, standardized testing, and scripted teaching, Finnish schools are free to focus on 'good' education that leads to excellence, engagement and ethics. I would add two more E's from Finland to Howard's definition of Good Education: Empathy and Equity.