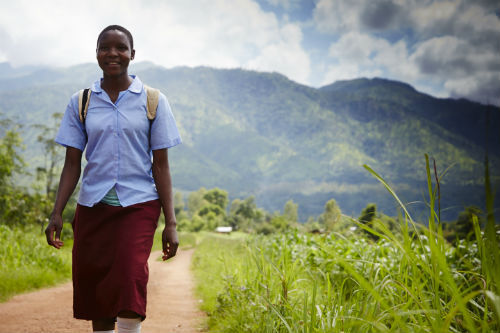 "When I visited a local village, what everyone told me -- the chiefs, the parents, the children -- was that girls weren't in school because it was the boys that had a better chance of getting paid work in the future." -- Ann Cotton

Educating girls is a very powerful tool for ending global poverty. Ann Cotton is the Founder and President of Camfed, a world renowned non-profit organization tackling poverty and inequality in sub-Saharan Africa. Her internationally acclaimed work has become a significant model for girls' education in Africa. Cotton is an Honorary Fellow at Homerton College and Social Entrepreneur in Residence at the Cambridge University Judge Business School. She has won numerous awards, including an Honorary Doctorate in Law from Cambridge University; an OBE in honor of her advocacy of girls' education in Africa; the Skoll Award for Social Entrepreneurship; Woman of the Year in the UK; and UK Social Entrepreneur of the Year. At the end of 2014, Ann was awarded the coveted WISE Prize for Education.

On a recent trip to New York, she joined me at my home to talk about Camfed, global education, the WISE Prize and what has changed over the many years she has worked on education inequality in Africa.

Ann, if one wants to make a difference to education inequalities, where do you begin?

I think what you have to do first is listen very hard and learn a great deal. You work in an organic way with the knowledge, with the social capital, the institutional capital that exists. When I first worked in Zimbabwe, I was a complete novice. I was doing a study and I continued to learn more and more through the years. And where I have learned most is in the village, from the communities. So I think sometimes what happens is that the recognition of the problems and solutions are drawn up with some distance from where the problem exists and then introduced, so inevitably the solution won't work. 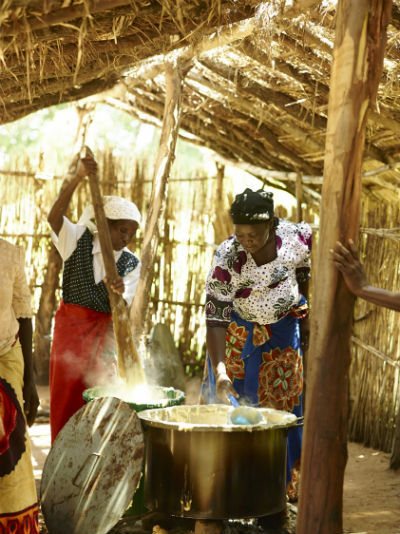 "We are human beings and we have to build human systems that have emotional intelligence and social intelligence. And then I think people can start moving on."
-- Ann Cotton

I think being on the ground, understanding the people, getting close to the culture must be of singular importance.

Absolutely. Also, understanding that poverty is more than a material experience, it's a psychological state as well. One that is infused with anxiety. And decision-making is very complex because every decision you make has an impact on your future and survival. When I worked in Zimbabwe in the early 90s, I had read a great deal about girls' exclusion from education. The prevailing view was that girls were outside of school because of the resistance of families to their education. But when I visited a local village, what everyone told me -- the chiefs, the parents, the children -- was that girls weren't in school because it was the boys that had a better chance of getting paid work in the future.

So not allowing the girls to be educated is about economics versus a cultural barrier.

Correct. The boy could leave, go to town find work, and bring cash back. And so this pattern, if you like, which is one of multiple habits, was being interpreted as culturally imbedded. And as a result, money was being spent on posters and television advertisements to persuade people to send their children to school. I decided to share what I'd learned but I did find considerable resistance.

Since 1993, Camfed has helped many African women to progress. As you look ahead maybe five, ten, fifteen years from now, what else do you believe needs to be done to level the playing field for girls?

When Camfed works, we work in an inclusive way. We don't say that it's about girls' education and that we're going to focus exclusively on girls. It's really about working with a community while recognizing that the most excluded and most vulnerable are girls. Social and economic advancement is the priority. And the exclusion of girls from education is an issue of justice. But it's also an issue of economics because it's holding families, communities, and nations back. The chiefs are often a bridge between the traditional and the modern world and are very powerful implements to change. So when a chief really promotes girls education, every member of that community listens. 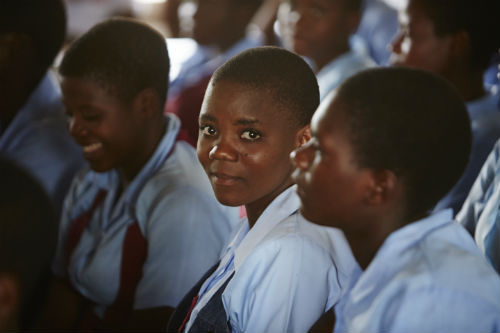 "People want dignity and I see in Africa a passion for education that is something that I see nowhere else." -- Ann Cotton

What advice can you give school leaders to make a more inclusive environment?

I am not an expert on this, but I think this goes back to the issue of why girls stayed out of school, based on my research. It wasn't because parents were resistant, it wasn't because they didn't care about the education of their daughters, they just didn't have the means. And it's about understanding that people do, for the most part, make rational decisions in their circumstances. People do not want to be unemployed. Maybe there are some people who choose to be, but that's the exception that proves the rule. So it's recognizing the psychological dimensions of poverty, and building social systems that are not just technical solutions, but are human solutions. We are human beings and we have to build human systems that have emotional intelligence and social intelligence. And then I think people can start moving on.

Yes, these are universal principles.

People want dignity and I see in Africa a passion for education that is something that I see nowhere else. I imagine it may well have been here in New York a hundred years ago in communities with immigrant families, clubbing together to make sure their children got an education. I know so many young women who are so impressive. Bertha, who is in Ghana, is studying to be a doctor. Her parents work on a commercial farm, and because they lived in a very small place, the only time there was peace was when everyone else was asleep. So she'd go to bed at 7pm, wake at 2am, and study through the night until she went to school, and that was how she did well. She wants to be a doctor because she wants to be transformative in the health system. These students are remarkable in their commitment to others. Rather than thinking about individual advancement in their communities, they think about connective advancement and their role within that.

And that I know is a very important part about what has made your model so successful in terms of scale, and the fact that so many of them that do well go back and want to help younger generations have the same opportunities.

Yes, it has made it successful, but it's not something we can claim. It is intrinsic to the communities. Of course, we enable and nurture it. Bertha is supported by a Mastercard Foundation scholarship, and we supported her secondary school education. And so we are looking for ways to help students meet their aspirations, and meanwhile thinking about the wider environment. For example, Bertha is proud of her family. She feels her parents have sacrificed for her and her siblings. I think that is important for social change too because as people move on, if she starts to feel shame about her roots, then that will diminish her. 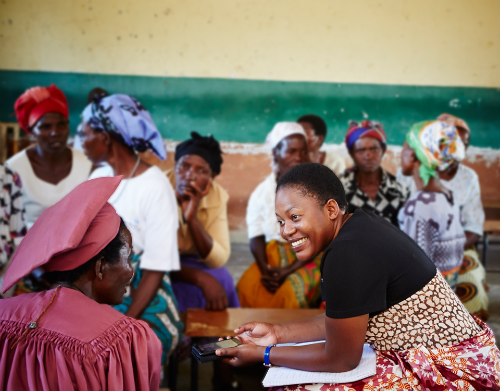 "What we are doing in the best schools is looking at the wider individual. We have to think about the whole child because one will succeed in many different ways in life and if the education system puts this academic measurement as the main way of measuring, then we place children and institutions under enormous strain."
-- Ann Cotton

What I'm hearing as you talk about the education you give these students is that it's not just about the academics, it's about a holistic approach. We are all complex; whether we are born into poverty or privilege there are so many issues that have to be thought through in order to help us develop as complete, confident, ready-to-face-the-world human beings.

I think this is hard in the United States and certainly Britain, where we have become a measurement society. We live in competitive societies where it is not possible for everybody to get 100%. The system is set up to determine where in the pecking order you sit, which creates a huge amount of anxiety for young people. What we are doing in the best schools is looking at the wider individual. We have to think about the whole child because one will succeed in many different ways in life and if the education system puts this academic measurement as the main way of measuring, then we place children and institutions under enormous strain.

Ann, what does winning the WISE Prize mean to you?

This prize gives the issue about which I'm passionate far greater attention. I could never have imagined when I went to that village in Zimbabwe, and met so much patronizing resistance, that the issue of girls' exclusion from education would be getting so much focus. And it's been a dialogue with the people at WISE about how we create the best possible outcome on this issue together. I feel on a personal level that my Welsh family background is being honored; there's a timeline running from my grandmother through my family to Africa. Because of the WISE Prize, I have met young women from Georgia and Yemen and Palestine. So my perspective on the world has continued to grow through this experience. For me, the individual is in service to the cause, so I want to do the best job I can to create the greatest possible change in the time I have. This award is very special to me on so many levels. 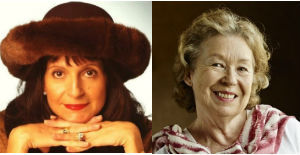 (All photos are courtesy of Camfed)

For more information on Camfed.

For more information on WISE.