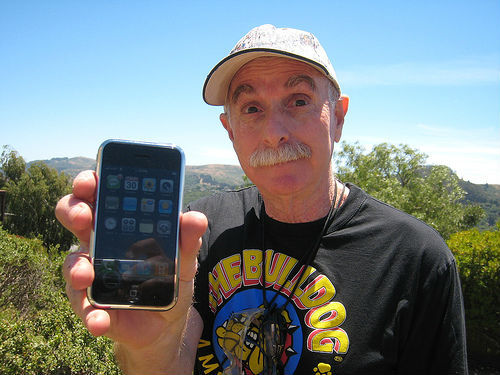 "We live in a world now where anybody can ask any question anywhere and get thousands of answers within seconds, but it is up to the questioner to determine which of those answers are legit, which are false, which are intentionally misleading." -- Howard Rheingold

If you think educating an individual to be digitally literate is difficult today, just imagine what it will be like 5 years from now? Howard Rheingold, the California-based writer, critic, teacher, and Internet pioneer, will be the featured guest at Education Fast Forward 13 on May 7th in Norway. He'll be debating the important challenges of 21st century education with other experts and delivering a special presentation on the effect that virtual communities (a term he is credited with inventing) have on learning. As he was preparing, I caught up with him to discuss digital literacy, the good, the bad and even the ugly of social media, and the future of technology. Rheingold started plugging a computer into his telephone in 1983 and wrote about "virtual reality" in 1991, so he knows what he's talking about, in and out. Always one to speak his mind, he emphasizes "crap detection" and collaboration as paths towards a more intelligent and mindful use of social media. His tips and tricks, covered in his many books and this interview, are crucial reads for parents and educators trying to manage the social media age in the classroom and at home. As he notes, if we don't carefully instruct students in intelligent ways to use the Internet, they won't learn it on their own, no matter how much they surf the web. 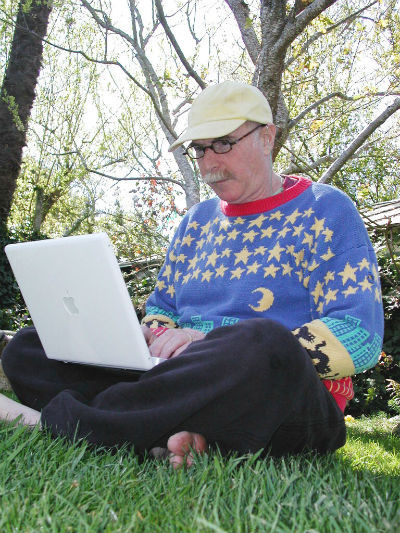 "America stands on the brink of disaster. Don't be fooled by the mythology of the digital native." -- Howard Rheingold

Howard: How would you define a digitally literate person in a classroom today?

Attention: the foundation of thought and communication is severely challenged by the screens and apps in our lives. It isn't that technology ruins our attention; it's that we haven't learned to take control of our attention. So attention to information -- what I call infotention -- is the first literacy that the others depend upon.

Crap detection: we live in a world now where anybody can ask any question anywhere and get thousands of answers within seconds, but it is up to the questioner to determine which of those answers are legit, which are false, which are intentionally misleading. This is a radical change from thousands of years of reliance on the authority of texts. It requires a kind of critical thinking -- thinking like a journalist or detective. It isn't rocket science, but it does require an attitude that isn't often taught by parents and teachers.

Participation: we wouldn't be talking about digital literacy if it wasn't for the participation of millions of people in building the digital commons. The Web wasn't built by a government or corporation, but by millions of ordinary people. There are still many ways to participate -- edit Wikipedia, upload a YouTube video, publish a Tumblr or Wordpress page, etc., etc., but unlike the dawn of the Web age, there are forces that seek to enclose, control, and force people to use templates for participation -- Facebook foremost among them. We need to continue to train people to participate outside the boundaries forced on them by Facebook and other apps.

Collaboration: there are so many ways to use digital networks to accomplish things with other people -- virtual communities, smart mobs, social production, to name just a few. Knowing how to use media to work together has become an essential skill -- those who know how to do it will personally benefit, and those who don't know how to collaborate with digital tools will find themselves at a disadvantage.

Network know-how: As Manuel Castells pointed out, we've been living in an information society since the printing press 500 years ago. Network Society is a better label for the world we inhabit now. Understanding how networks work, how social capital is formed, how to analyze networks, how networks are replacing hierarchies politically and economically also advantages those with knowledge and disadvantages those without it. 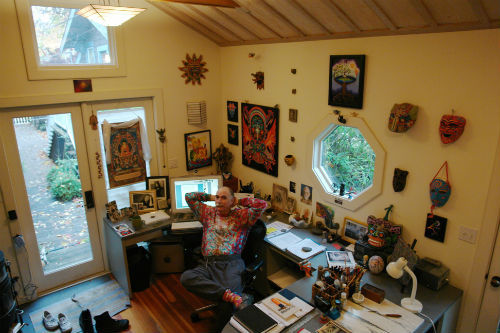 "The lack of control of quality of information puts the burden on the consumer of information. But the traps and distractions aren't aspects of the technology so much as they are aspects of know-how -- it's a literacy crisis, not entirely a technology crisis." -- Howard Rheingold

How has a digitally literate person changed from 5 years ago? What changes do you predict 5 years from now?

Everything I said above is true, but is multiplied by the migration from the desktop to mobile. Next up: finally, technology catches up with the dream of virtual reality and many of the attention problems will be multiplied and a new issue of distinguishing digital and physical reality will enter. More and more commercial and political interests are learning how to use digital media to deceive and manipulate -- much faster than people are learning crap detection.

Where does America stand, as far as the learning of digital literacy? Which countries around the world can we learn more from?

America stands on the brink of disaster. Don't be fooled by the mythology of the "digital native." Just because young people grow up Texting, Facebooking, Snapchatting and Instagramming doesn't mean that they have more than a superficial knowledge of the five literacies I described above. Not only do most schools fail to teach these literacies, many schools fear that young people will misbehave online, so they ban Internet access! I don't pretend to know much about the international situation, but I believe that technology has moved so much faster than education systems that this is a global problem.

What are some of the biggest traps and distractions on the Net that block our ability to use it for educationally beneficial purposes?

Commercial "education" enterprises and apps often apply the older broadcast models in a world where networked peer-to-peer learning is becoming the norm. The lack of control of quality of information puts the burden on the consumer of information. But the traps and distractions aren't aspects of the technology so much as they are aspects of know-how -- it's a literacy crisis, not entirely a technology crisis. 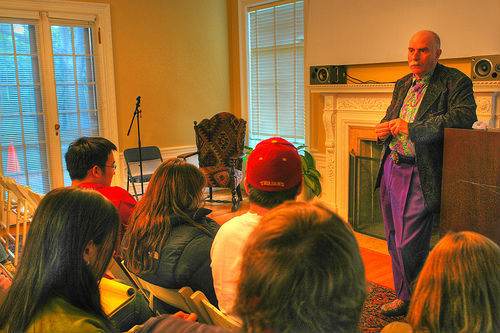 You promote a use of social media that is intelligent, humane, and mindful. Judging by the direction social media appears to be going overall, would you say that it will become increasingly challenging to achieve these goals?

What are some of your top tips for teachers and parents?

Encourage critical thinking -- ask students to find questionable and reliable websites and tell you why they are.

Encourage attention to attention -- when you open your laptop in class or look at the screen of your phone, try asking yourself why you are doing it.

Encourage participation -- comment on a blog, make a correction on Wikipedia, reblog on Tumblr.

Encourage collaboration -- work on a collaborative document, participate in a virtual community.

The MacArthur Foundation's Digital Media and Learning project asked me to find and interview educators who are innovating in the use of digital media in learning. I wrote brief blog posts and created short video interviews with more than 70 educators.

You note that the keys to good digital literacy are attention, participation, collaboration, critical consumption of information (or "crap detection"), and network smarts. Can you share some examples of how (and where) these skills are being well taught in classrooms?

Well, I did teach a course at Stanford: http://socialmediaissues.net

(All photos are courtesy of Howard Rheingold)