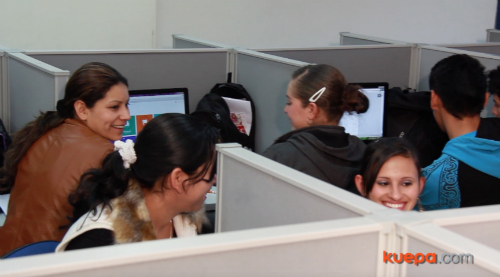 "Over 35 percent of Latin American companies say that an inadequately trained workforce is their primary impediment to expansion, versus just 22 percent in Sub-Saharan Africa and 17 percent in South Asia." -- Gabriel Sanchez Zinny

Gabriel Sanchez Zinny is focused on education and the improvement of educational quality to fit a 21st century economy. Zinny is the founder and president of Kuepa.com, a blended learning startup that provides continuing education for adults who do not have the required skill sets to work in today's labor market. He is also the author of Educacion 3.0. The Struggle for Talent in Latin America, in which he addresses the critical need for educational transformation, both in the United States and Latin America, given the shifting nature of the global economy. In my interview with Zinny in The Global Search for Education, he discusses the challenges faced in Latin America, how blended learning companies like Kuepa will help, and what the future holds for traditional vs. the newer models of higher education. 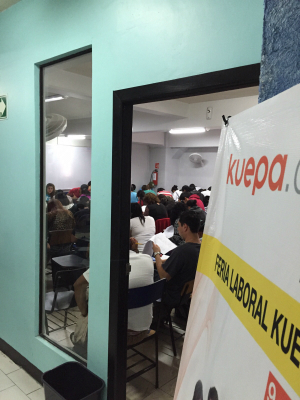 "To create truly advanced economic sectors that can power a broader rise in living standards, it will be imperative to equip workers at all levels with the skills necessary to succeed. And we won't achieve that without a stronger technical and vocational sector." -- Gabriel Sanchez Zinny

As you've argued, education is a key to economic success but demand is exceeding supply, particularly in emerging economies, like Latin America. How can this be changed?

Data from the World Bank's Enterprise Surveys shows that the Latin American private sector struggles more than that of any other region to find the right talent. Over 35 percent of Latin American companies say that an inadequately trained workforce is their primary impediment to expansion, versus just 22 percent in Sub-Saharan Africa and 17 percent in South Asia.

Local governments have been attacking the problem for some time, with little to show for it. One of the oldest, Colombia's National Learning Service (SENA), was formed in 1957, and one of the newest, Brazil's Bolsa Escola program, has been in effect since 2001. Argentina, Mexico, and Chile have launched similar efforts, but even with big budgets and expansive bureaucracies, the same education underachievement persists.

The problem is more complex than many realize. Just joining the labor force is often no longer enough to start developing skills, especially in sectors where automation is replacing human labor. In these generally high-tech industries, the skills needed are much more sophisticated, requiring higher order creative problem-solving abilities as well as technical knowledge.

At the same time, while returns to highly skilled jobs are increasing, those benefits are not always clear to the individuals making education decisions. Here is one place that government could play a role: providing accurate, transparent, and easy-to-access information about which career paths are most in demand and what skills must be acquired to follow that path.

The regulatory environment is another challenge. The lack of clear regulation means that it can be impossible to tell quality institutions from the fraudulent. At the same time, successful schools and programs find it difficult to succeed and expand, given the less than transparent requirements involved.

Governments must be able to effectively evaluate the quality of new educational institutions, and crack down on those that are failing. Government programs are uniquely positioned to provide objective information and oversight, as well to provide the long term unemployed with skills training that can get them back into a productive place in the labor force.

As Latin America comes down from a decade of growth based on exporting commodities at high world prices, it faces the next challenge: transitioning to a higher-productivity economy. Maintaining macroeconomic stability will be crucial, as will be developing infrastructure and continuing to tackle poverty. But to create truly advanced economic sectors that can power a broader rise in living standards, it will be imperative to equip workers at all levels with the skills necessary to succeed. And we won't achieve that without a stronger technical and vocational sector. 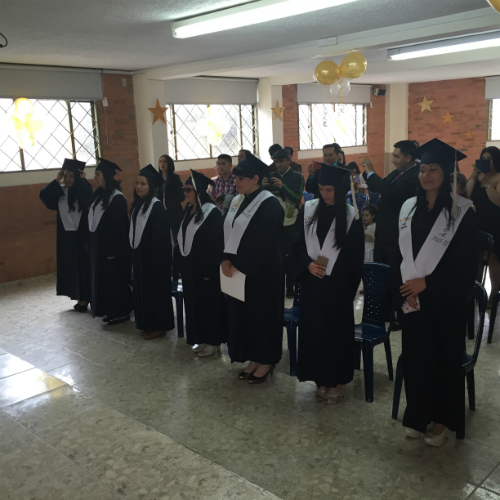 "By streamlining the 'information absorption' aspect of education, online learning can free up traditional schools to do more of what they do best - that is, the more complex processes of discussing, reflecting on, and synthesizing information into new ideas, which is best done in person, through conversation and collaboration."
-- Gabriel Sanchez Zinny

How are Massive Open Online Courses (MOOCs), and sites like your own kuepa.com, impacting the global education landscape?

Online learning dramatically expands student access to quality instruction - now billions can "attend" the lectures of the best teachers, instead of only hundreds. Perhaps more importantly, by streamlining the "information absorption" aspect of education, online learning can free up traditional schools to do more of what they do best - that is, the more complex processes of discussing, reflecting on, and synthesizing information into new ideas, which is best done in person, through conversation and collaboration.

Clearly, online education is serving a slice of the population that has for too long been neglected. While the debate still remains open about the level of quality that the sector is capable of delivering, it is offering a valid alternative for working adults or marginalized students who would otherwise receive little or no education.

Kuepa was founded a few years ago under the inspiration of this model, soon becoming the first blended learning initiative in the region and expanding to Mexico, Peru and Colombia. The high dropout rates and a rising awareness of the need to improve educational quality, together with a flourishing entrepreneurial environment and a solid and rapid expansion of ICT use and digital inclusion in the region (among the highest in the world), provided the context for the birth of Kuepa. The initiative seeks to serve a population of adults that do not have the required skills to work in the competitive 21st century labor market. Kuepa wants to contribute, through the introduction of blended learning, to improve performance, leverage teacher capacities and boost productivity and competitiveness among young workers in Latin America.

What role do you see MOOCs playing in the future of education? How will they affect the price and prominence of the university system?

Technology is outpacing the need for traditional infrastructure and other fixed investments that have, for many years, been the cornerstone of the brick and mortar university system. Digital libraries are just one example - as the marginal cost of hosting books, videos, and other resources online falls dramatically, new providers have an opportunity to enter the market. MOOCs reach millions without the need for as much as a single dormitory.

Thus, the old ways of evaluating educational institutions have become obsolete. Teaching and learning can now easily be exported and imported, a trend embraced by leading universities like Mexico's Tecnológico de Monterrey, which now has more than 50,000 students outside of the country taking its courses.

Platforms based in the U.S. and Europe, too, are seeing new success in the Latin American education market. EdX, based in Boston and co-founded by MIT, is expanding rapidly in countries from Brazil to Haiti - a full 10 percent of the 1.3 million people accessing EdX MOOCs are now based in the region. In the UK, there is the Open University, which caters to students across Europe, the Middle East, and Asia, and which is expanding its marketing to Latin America.

This rise of education entrepreneurs and the expansion of online learning are both responses to a sector that is in the midst of a profound, and long-overdue, disruption. 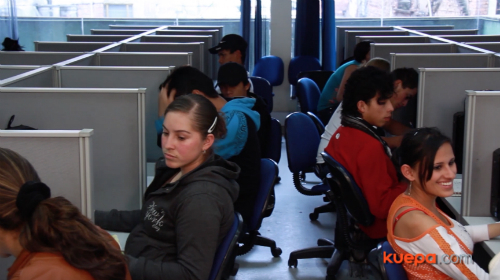 What will it take to raise the reputation of MOOCs so that they will be seen as rigorous alternatives or supplements to a traditional university degree? What evidence is there that this is happening already?

With increasing economic growth, and the subsequent expansion of the middle class in regions like Latin America, there is a new market being created for quality post-secondary education. With the rise in local demands for educational services, new providers in both the nonprofit and for profit sectors are getting involved. Indeed, over the past decade, Latin America has seen billions invested in its higher education sector.

Regional businesses are increasingly basing their hiring on specific skill sets and competencies, rather than credentials from prestigious schools (not unlike Google in the U.S.). At the same time, a burgeoning but underprepared young work force is clamoring for better education, pushing the price of traditional universities upward and straining their infrastructure.

Thus, even while the right education is more valuable than ever, the public perception that traditional schools are overpriced, overcrowded, and irrelevant to the modern workplace has contributed to an atmosphere of crisis. Students are increasingly graduating with overwhelming debt and few job prospects, leading to explosive discontent in places like Chile and Colombia, not to mention the United States. 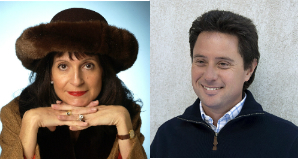 (All Photos are courtesy of Gabriel Sanchez Zinny)