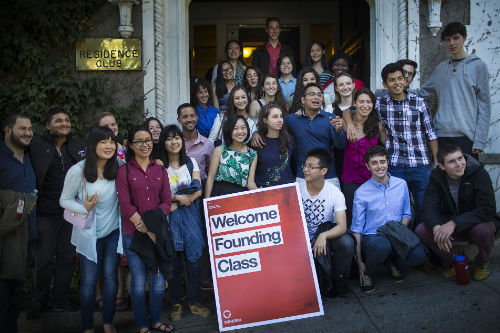 "Members of our Founding Class have secured internships and positions at Ashoka, Learn Capital, Santa Fe Institute, Uber, and other great institutions -- equivalent to some of the best opportunities presented to rising seniors or graduates of the Ivy League." -- Ben Nelson

Every day the demand for an American higher education increases worldwide. But one of the crucial blocks to achieving a degree is the costly price. The Minerva Project was started in 2012 to provide an elite Ivy League education for a fraction of the price. I talked to Ben Nelson, the Founder, Chairman, and CEO of Minerva about his innovative company. In addition to having a distinguished faculty and novel use of technology (classes are offered through webinars), the school takes a daring approach to pedagogy that emphasizes building leadership through the development of vital skill sets. In this interview, Nelson, who has a very impressive track record of tech business projects prior to this endeavor, speaks with me about the virtues of the Minerva system and how its experiential immersion compares to more traditional education. He also talks about where he thinks the future of web education is heading. Whatever one thinks about online education, there is no question that Minerva is pioneering and rethinking the wheel of academics in ways that could boldly impact the affordability, accessibility, and quality of US higher education. 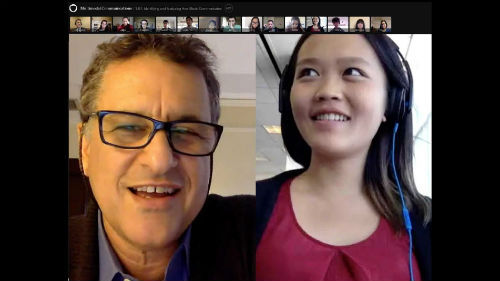 "Once the first universities adopt our methodologies, which we do think will happen before our first class graduates in 2019, you will observe a sea change in higher education as other institutions move to incorporate a clearly superior academic model." -- Ben Nelson

What are the greatest advantages and disadvantages to your approach when compared to traditional models? Will the development of certain key skills and qualities suffer because of the lack of traditional campus activities, such as the arts, athletics and face-to-face academics?

Minerva is designed from the ground up for a particular type of student. It starts with the curriculum and pedagogy, continues with the global immersion, and is reinforced by our selection process and the diversity of the student body. And it extends with the kind of lifetime support we provide for all Minervans.

All of Minerva's classes are live seminars with less than 20 students to a professor. All classes are conducted using our live video conferencing platform that enables us to easily incorporate the latest science of learning techniques - small group learning, instant feedback, polling, etc.

Another advantage is the global immersion each student will experience. Over the course of a student's 4-year academic career at Minerva they will live and learn in seven major cities around the world. This experience will be enhanced with rigorous academic studies using a "city as your campus" approach. They can participate in local sports, experience a vast array of arts and local culture, and interact with the bustling community around them. More than 75% of students in Minerva's inaugural class of 2019 are from outside the U.S. With such a diverse class composition, global immersion is naturally built into the dynamics of student life.

Minerva will offer lifetime coaching and career support for its students and graduates by acting as their personal talent agency. We will provide placement, advisory, networking and publicity services after graduation, and access to a global network of innovators, entrepreneurs, accomplished academics, and social, political and business leaders.

As for the lack of an official campus, Minerva students see it as an advantage because they get to use the world's great cities as their campus. Clearly, Minerva is not for everyone. Some students want the traditional campus life -- organized sports, a Greek system, etc. We feel that learning experience, skill building and personal growth are broadened, not minimized, by having these cities as their campuses. 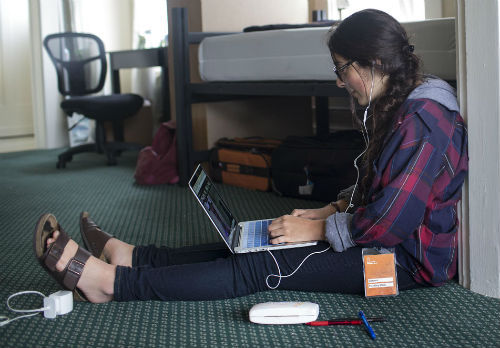 "We know that the Minerva experience, without a traditional campus life, is not for everyone. Minerva is not trying to get rid of campuses; we are trying to start a movement of acceptance and practice of proven learning methodologies to produce great thinkers and doers." -- Ben Nelson

How can you ensure that employers and graduate institutions take a degree from Minerva as seriously as they do any other degree?

If employers and graduate institutions look at Minerva as simply equivalent to a Harvard or Stanford degree then we have failed. Our students are very well educated, have received a greater experiential platform, and have learned to work in an environment surrounded by people from all over the world. This is what employers are already coming to Minerva to find, as shown by the types of employment opportunities our students have at this stage (after only one year). Members of our Founding Class have secured internships and positions at Ashoka, Learn Capital, Santa Fe Institute, Uber, and other great institutions - equivalent to some of the best opportunities presented to rising seniors or graduates of the Ivy League.

How long do you estimate it will be before programs like Minerva become a more mainstream option?

Our goal is to be a catalyst for global change in higher education. We don't think that change will be immediate. However, once the first universities adopt our methodologies, which we do think will happen before our first class graduates in 2019, you will observe a sea change in higher education as other institutions move to incorporate a clearly superior academic model.

I think back to the days before Amazon when people thought Amazon was crass and the only way to buy a book was from a bookstore. Then book stores disappeared and continue to. Do you believe that traditional education institutions will be replaced by virtual models?

No, and that is not our intention. We know that the Minerva experience, without a traditional campus life, is not for everyone. Minerva is not trying to get rid of campuses; we are trying to start a movement of acceptance and practice of proven learning methodologies to produce great thinkers and doers. You can do that within the walls of a formal campus as well, but it will take a fundamental systemic shift to uproot some very old teaching traditions and the lack of real curricula. 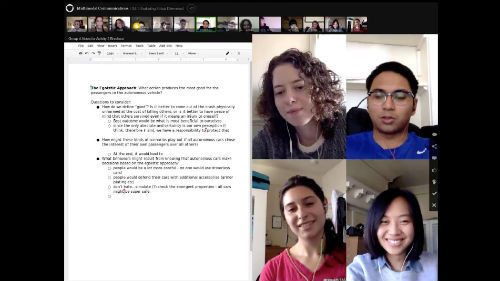 Intellectual development is where the role of curriculum comes in. Historically, there have been two paths for universities to provide intellectual development. The first were the rigid curricula found in the 19th and early 20th centuries in the United States and still found in single subject studies in other countries. With the explosion of information in the 20th century, these curricula became impractical and have almost completely gone extinct. Another method can be found to this day at Oxford and Cambridge through the tutorial model. In theory, the student takes a set of classes as to their choosing and then meet with their tutor on a 1:1 or 2:1 basis who connects the threads for the student and guides their overall intellectual development. This model works in an environment where the set of classes that students choose comes from one or a small set of fields. Even in this model the quality of intellectual development is highly dependent on the skills of the tutor and therefore presents large variability and risk not to mention high cost.

Experiential learning is just that, experiential. For apprenticed fields (e.g. a blacksmith, a dentist, a concert pianist, etc.) students require a substantial amount of hands on practical training. In fields that are traditionally considered white collar, experiences need to be gained by integrating with the real world - having internships, field work, research experiences, and others. Minerva students have both substantial time set aside (4 months of every year), resources (the Minerva Agency), and exposure (Minerva co-curriculars) to ensure ample experiential training.

What is the ideal post-graduate job for a student at Minerva?

Minerva is preparing students to be global citizens and leaders, and their knowledge, skills and potential will know no boundaries. In general, Minerva students are prepared for the "creative classes" (law, politics, business, entrepreneurship, science, journalism, etc.). Minerva training is not particularly advantageous (though no less worthwhile than a traditional education) for "practice classes" (dentists, veterinarians, tax accountants, book-keepers, etc.).

Watch highlights from my video interview with Ben Nelson 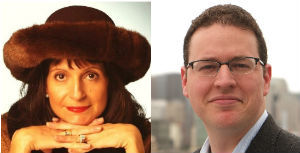 (All Photos are courtesy of Minerva)