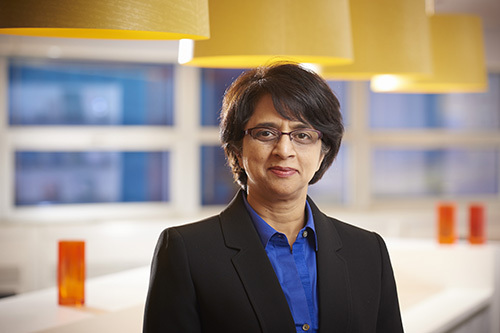 "The IB has concerns for humanity hardwired into it, in its philosophical heritage, its mission, and today's curricula." -- Siva Kumari

Siva Kumari, the first female Director General of the International Baccalaureate Organization (IBO), has a lot on her mind. As global education systems scramble to find better ways to teach international perspectives and intercultural competence to the first generation of world citizens, Kumari appears to be in the right place at an historic time. "Many schools ask themselves these days how they can develop not just sound disciplinary competency, but also character qualities such as courage, integrity, curiosity, leadership, resilience and empathy. The IB schools have a long track record with this," comments Andreas Schleicher, Director for Education and Skills and Special Advisor on Education Policy to the OECD Secretary General.

It was in the 1960's that the IB's innovative curriculum began to take shape. John Goormaghtigh, a Holocaust survivor and founding President of the IBO Council of Foundation, wanted to help create a world where understanding and peace would prevail. Talented educators were drawn to the IB, such as Alec Peterson OBE (the first Director General in 1968) who proposed what is today known as the 'Creativity, Action and Service' component of the IB's Diploma Programme, and the IB's 'Theory of Knowledge'. Gerard Renaud (Director General in 1977) continued development and implementation of the Theory of Knowledge - or TOK as it is called, which enables students to see the important connections between different disciplines.

Siva Kumari joined the IB in April 2009 as its Regional Director for Asia-Pacific. A year later she was named its first Chief Operating Officer, and last year, its seventh Director General. In The Global Search for Education interview that follows, she discusses the IB's philosophical heritage, its work today with students, and her vision for its future role in the world. 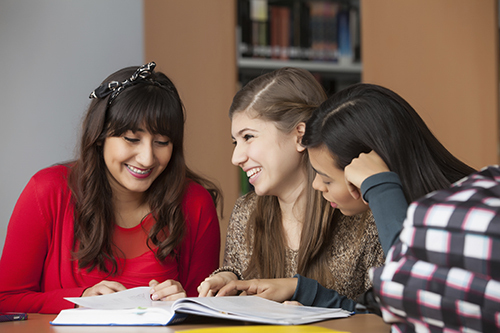 "We work with our teachers, students and schools all around the world, we practice both deep local pride in an individual's culture and a connection to global issues."
-- Siva Kumari

The UN's 2030 Agenda for Sustainable Development offers very ambitious and necessary goals. How can the IB education encompass the UN goals of prosperity, equality and environmental consciousness, and integrate them into the classroom?

We believe there is a link between what you teach kids and how they influence the world through understanding real world issues. Our mission is to develop such human beings, who make the world a better place, through education.

Education is essential to equality -- to enable a level playing field.

IB students are encouraged to train their minds and to use knowledge and empathy to solve local and global problems in new ways, not to merely learn the best way to "top" exams.

The IB's continuum of programmes offer a holistic curriculum--at the core of the Diploma Programme (DP), for example, are Theory of Knowledge, and Creativity Activity Service. These are mind-expanding activities, unique in secondary education, which link ideas to actions and consequences. And "Individuals and Societies" is one of the subject groups--in both the Diploma and the Middle Years Programmes--in which students explore the specific issues you refer to: ecological consciousness, equality and the barriers to worldwide prosperity.

So the IB has concerns for humanity hardwired into it, in its philosophical heritage, its mission, and today's curricula.

As the first woman to lead the IB, how do you see the present state of gender equality in education? What achievements have we seen; what is left to be done?

Although much has been achieved in recent years, gender inequality still haunts our world. We believe our educational programmes can help to close the gender gap. For example, we do extensive analysis to evaluate whether our exams bias children of one gender over another. But what is left to be done is still vast. 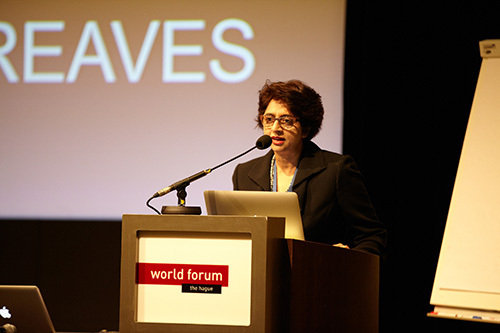 "Education is about teaching students to think, to stretch and to develop themselves, on the basis of rational thought, self-discipline, research and inquiry--and, not least, the deep instincts for justice and equality which are natural to 99% of the world's citizens." -- Siva Kumari

The IB has already made significant inroads into global understanding and citizenship. Can the IB build on this foundation to bring internationally diverse peoples closer together and help foster peaceful relations among nations?

Of course we can. We must. Our children are growing up globally conscious more than ever and world events, as we know today, can have both immediate and trickle effects in other parts of this highly interconnected world. The IB's founders, however, recognized the impact of international-mindedness from the beginning and, because we started with schools around the world 50 years ago, our organization has developed deep fluency in the practice of these concepts in schools around the world.

Nearly every day, the IB brings educators together internationally. Since we work with our teachers, students and schools all around the world, we practice both deep local pride in an individual's culture and a connection to global issues. This allows our students to be deep thinkers who are ambidextrous in their thinking. They can think about their context and how those issues may or may not be connected to global issues. The important learning aspect for me is that the IB schools and their teachers are able to deploy the IB in ways that make sense locally while upholding international standards. This gives the IB student a different kind of high-value currency than most of their peers.

Our students are great ambassadors for mindful leadership. Since they are taught to address complex problems both through the curricula and through internationally competitive assessments, they are prepared to "soft land" into the world. We believe the IB's responsibility is to advocate education's role in developing young minds to address serious issues, and we believe that our students use that preparation to address global issues carefully, as great leaders in whatever setting they choose. 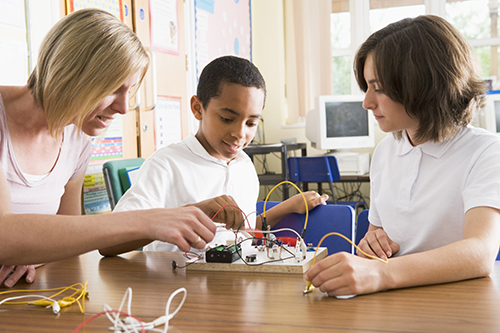 "We teach students to analyze and adapt their patterns of thought and how they act on them. It is about living life consciously and reflectively; this requires habits to be honed throughout their school years." -- Siva Kumari

From your experience with students and teachers, what are the most crucial needs for education leading up to 2030? How can the IB fill those needs?

I could talk about soft skills, the digital revolution, the environment, and the challenge of teaching children to live lives and work in jobs which don't yet exist--but I'd like to build on a broader context.

In its essence, education is about teaching students to think, to stretch and to develop themselves, on the basis of rational thought, self-discipline, research and inquiry--and, not least, the deep instincts for justice and equality which are natural to 99% of the world's citizens.

The IB is not about teaching students to regurgitate memorized facts, or to implement pre-defined systems of learning. We teach students to analyze and adapt their patterns of thought and how they act on them. It is about living life consciously and reflectively; this requires habits to be honed throughout their school years.

I believe an education should equip students to thrive and prosper in the world, no matter the focus of their interest or their chosen area of achievement; it is to help create better lives, to inspire them to give of their best and to make the most of their lives--in whichever way is best for them. The power of each individual to make change should not be ignored by educators or by the IB.

And excellence in education is about bringing the most rigorous standards and research to bear on creating curricula which open and free students' minds, by giving brilliant teachers and schools the support to operate at the very top of their game, letting all their passion and commitment flow to inspire their students.

The IB is not into constant change in educational philosophies that leave teachers baffled. This approach has served us well for nigh-on 50 years, and it will serve us equally well for the 50 years to come. These unwavering ideas will drive the IB to meet the educational challenges of 2030 and beyond, and to help make the world a better place.

(All pictures are courtesy of the International Baccalaureate Organization) 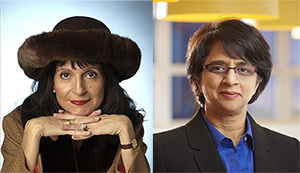