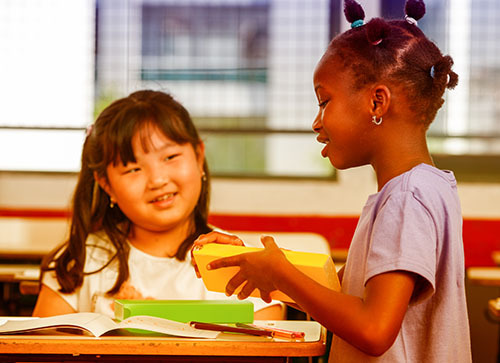 "Students in immigrant families have expectations for their careers that match, and in many cases surpass, those of more socio-economically advantaged students with native-born parents."  --  Borgonovi and Piacentini

The new OECD report, Immigrant Students at School: Easing the Journey towards Integration, based on data from the OECD's PISA program, finds no link between the share of immigrant students and the performance of school systems, but emphasizes that how an education system responds to immigrants has a critical impact on successful integration and on the economic and social well-being of the community. Students with an immigrant background tend to perform worse in school than students without an immigrant background, but it is the socio-economic status of students that is the largest contributor to the problem. Schools with large numbers of immigrant students tend to be located in poor neighborhoods. Which education systems are doing best? How can we keep communities open and welcoming to refugee resettlement? What are the key strategies schools might use to foster the value of cultural diversity?

Joining us to share their answers in The Global Search for Education today are OECD analysts at the Directorate for Education and Skills, Francesca Borgonovi and Mario Piacentini.

Francesco and Mario, a fascinating piece of work, but what findings in this report surprised you most?

Another interesting finding is that students in immigrant families have expectations for their careers that match, and in many cases surpass, those of more socio-economically advantaged students with native-born parents. Students with an immigrant background also show more interest in mathematics, more openness towards problem solving, and on average, a strong commitment to do well at school. These strong motivations can break the link between socio-economic disadvantage and performance at school. For example, the data show that in Australia, Israel and the United States, the share of socio-economically disadvantaged students performing in the top quarter of all PISA students is larger among immigrants than among non-immigrants.

It is also surprising to observe the very large differences in the policy responses the countries put in place to facilitate the academic and social integration of immigrant students. While it is true that education systems might have failed to anticipate the current peak in refugee inflows, immigration has been on the rise for decades in several countries. Yet, some countries still show low levels of preparation to manage the opportunities and challenges arising from immigration. For example, large proportions of teachers in many countries report they need more and better professional development in the area of teaching in a multicultural setting (more than 25% of teachers in Italy). As another example, it is quite clear that language training is one of the most powerful tools to reduce the academic gap of foreign-born students, and particularly of those from disadvantaged families. However, in the majority of countries for which we have data, only a minority of students who speak a different language at home are offered more than two hours of language training per week.

Perhaps less surprisingly, the report shows clearly that issues of integration do not touch all regions, neighborhoods and schools in the same way: in all countries, the increasing ethnic diversity that results from immigration is an issue for teaching and learning much more in socio-economically disadvantaged schools than in advantaged schools. In France and Belgium, for example, over 15% of the principals of disadvantaged schools report that ethnic differences are a very serious obstacle to learning: this percentage goes down to less than 4% in advantaged schools. After taking into account the socio-economic composition of the school, the performance differences between schools with large numbers of immigrants and schools with no immigrants virtually disappear in most countries. 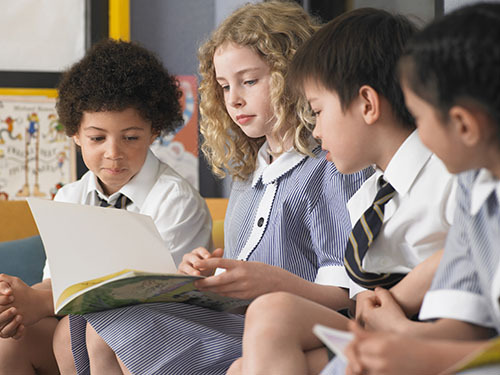 "Reducing the concentration of disadvantage is crucial..."--  Borgonovi and Piacentini

Which education systems have been most successful in terms of performance of immigrant students? Please give some examples of the successful strategies.

We tried to increase the comparability of different student groups by focusing on students from the same country of origin and similar socio-economic condition who live and study in different education systems. What we find is that, for example, Arabic speaking 15-year-old students have much higher results in mathematics than Arabic speaking 15-year-old students in Finland and Denmark. At the same time, Arabic speaking 15-year-old students express a very high sense of belonging in Finland and a much lower level in Denmark. This suggests that policies and practices that help immigrant students excel academically are not necessarily effective in promoting a strong sense of integration and identification with their school community, a very important socialisation environment for teenagers. The report also illustrates that some countries, such as Germany for example, have made important progress over the years in narrowing the performance gap between students with and without an immigrant background as part of policy initiatives aimed at reducing socio-economic disparities in achievement.

The report also illustrates that those systems that have witnessed improved outcomes, and/or where immigrant students excel academically and are well-integrated in their school community, are not necessarily those who invest the most resources but are those who are more pro-active in trying to reduce the connection between socio-economic disadvantage and opportunities to learn - for example, delaying the age of tracking into different study programmes or providing subsidies for all-day schools. Structured language instruction programmes are also essential to help immigrant students and their families reap the full benefits of education opportunities. 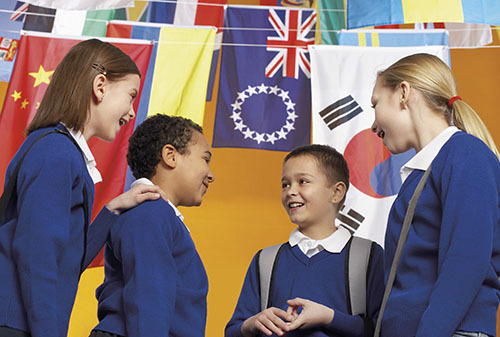 "Schools should provide opportunities for young people to learn about global developments of significance to the world and to their lives..." -- Borgonovi and Piacentini

Based on recent world events, what recommendations would you offer to counter the refugee backlash and keep communities open and welcoming to refugee resettlement?

Education systems can play an important role by helping communities understand the value of diversity and giving individuals the cognitive, social and emotional tools they need to relate to and interact with others.

Reducing the concentration of disadvantage is crucial: while it is virtually impossible for any teacher and any school, no matter how good and dedicated they are, to provide effective instruction in the presence of a student population composed of 80% of students who have limited language skills, have experienced traumatic events and live in precarious living conditions, this is feasible if only a fraction of the students need additional support. Teachers and schools need to be provided with additional training and resources to be able to specifically tackle the challenges their students face.

Despite the considerable obstacles to success that immigrant students have to overcome, many hold high aspirations for themselves. Many aspire to be working as professionals or managers as young adults and to attend university. In the majority of countries, the educational and career expectations of immigrant students match, or even surpass, those of their peers. Many migrants have the potential to become assets for their host communities, and while providing them with the support they need is costly, the opportunity cost that is associated with the failure to provide such support is most likely to be considerably higher. What our report indicates is that providing high-quality education to migrant children is possible and that such children have the potential to become economic and social assets for the communities that host them.

It is also important that countries understand that the increase in the inflows of foreign-born students is not a short-term shock but it is part of a structural transformation that is here to stay. So, the responses should be structural rather than short-term fixes. Possible examples are:

Additionally, there is a need to act on general attitudes towards immigration, challenging widespread cultural stereotypes and misconceptions. Many young immigrants report having experienced some forms of discrimination, and many students might be left at the margin and not given the opportunities to progress in school that they deserve. For example, we find that students with an immigrant background are much more likely to repeat grades even after accounting for their PISA performance in mathematics and reading. This suggests that perhaps the potential of these students is not fully understood by their teachers. 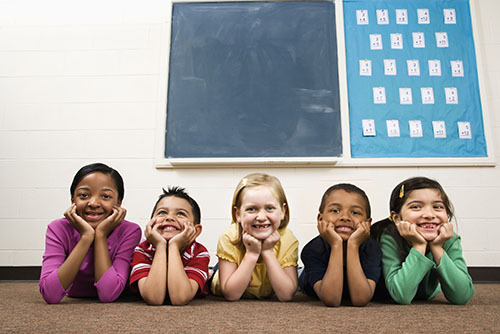 "Radical change can only occur if teachers learn to better approach students from different cultures and support cultural exchanges within the classroom..."-- Borgonovi and Piacentini

Please suggest some key strategies schools might use to foster the value of cultural diversity? What effective teacher education approaches have you seen?

Schools should provide opportunities for young people to learn about global developments of significance to the world and to their lives; let students engage in experiences and activities during which they learn about other cultures, and encourage reflection upon the learning outcomes from such experiences; encourage new ways of undertaking comparisons, by helping students to read differences and similarities in a non-judgemental manner and take the perspective of others; and foster the value of and embrace the diversity of peoples, languages and cultures, encouraging intercultural sensitivity, respect and appreciation.

All these formal and informal learning activities can be integrated in the formal curriculum (more easily in history and language courses), but in general, the responsibility for developing intercultural competence reaches across the explicit and the "hidden" curriculum, and is (or should be) shared by all teachers. There has to be an effort at the central level to reform pedagogy, encouraging and rewarding the implementation of activities that are designed to support intercultural learning, such as role play, simulations and drama, analysis of traditional and social media, ethnographic tasks, organisation of meetings and workshops...in general all the activities that make students learn and work together on tasks about diversity.

At the central level, it is also important to review teaching material and monitor teaching practices so as to avoid any explicit or latent discrimination or devaluing of minorities/other cultures.

However, radical change can only occur if teachers learn to better approach students from different cultures and support cultural exchanges within the classroom: reforming teacher education seems thus to us the most important strategy in the short to medium term. Successful training material on pedagogical approaches for diversity already exist; it only needs to be more widely used.