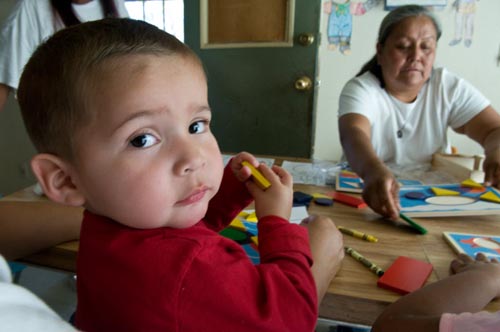 Early Steps to School Success, Save the Children US Programs (photo: Rick D'Elia)

"I saw crumbling schools that are stealing the future of black children and white children alike."
-- President Barack Obama, 2008

Change is painful. Change takes time. Change is trial and error, but isn't change ultimately brought about by leadership which has the ability to rally all the policy makers around the all important higher purpose -- that of educational excellence?

This week in The Global Search for Education, I asked Professor Linda Darling-Hammond, with her vast experience in education research, teaching and policy, to focus on Change we can believe in.

Linda is Charles E. Ducommun Professor of Education at Stanford University. She is a former president of the American Educational Research Association and member of the National Academy of Education. In 2006, Darling-Hammond was named one of the nation's ten most influential people affecting educational policy over the last decade. In 2008-09, she headed President Barack Obama's education policy transition team. President Obama owns a copy of her best-selling book, The Flat World and Education: How America's Commitment to Equity Will Determine our Future.

What is the impact of poverty on educational quality?

Poverty influences outcomes around the globe, but the effects of socioeconomic status on students' achievement are larger in the US than in most other countries. Students in more affluent communities do very well. For example, on PISA, US students in schools serving fewer than 10% of kids in poverty rank above all other countries in the world in reading. Meanwhile, students in schools with high poverty rank near the bottom. One of the unspoken issues in the United States is that we have more and more kids living in poverty (1 in 4 overall -- far more than any other industrialized country), and more and more schools catering to children in concentrated poverty (ratio of over 50% of children). Those are schools that also often get fewer resources from the state. Because of the recession, our tattered safety net, our not paying attention to the issues of growing poverty, the share of high poverty schools is increasing. In high-achieving countries, there are virtually no schools where more than 10% of the children live in poverty because in general, childhood poverty rates are much lower.

What does that mean in terms of changes we need to make?

I would argue that we have to think about changes in two ways. The last time we made major headway on these issues was in the 1960's and 70's when we had the war on poverty and we brought poverty, unemployment and segregation rates down. The achievement gap (between rich and poor) closed by more than three quarters in a very short period of time (15 years between the early 1970s and the mid-1980s). There were investments in urban schools, in teachers, in teacher training, in teacher distribution that made a huge difference. Had we continued with those policies, we would have had no racial achievement gap by the year 2000. In the 1980's, we ended all those programs and never really regrouped.

We have to address the problems now from both sides. On one hand, poverty and segregation are getting worse, and policymakers do not want to talk about it. On the other hand, we also have to address the issue of what we do to improve schools. A recent analysis of the achievement gap shows about a third of the achievement gap between affluent and poor students in 9th grade is present at kindergarten. That's because kids are growing up in very different kinds of communities with different learning opportunities within the family and within the community. We've seen huge reductions in the achievement gap where communities have put high quality pre-schools in place. New Jersey is an example. The other two-thirds of the achievement gap is due to summer learning loss. Wealthy students continue to increase their learning during the summer, while low-income students lose ground. We have to improve education from September to June, but we also have to put in place summer learning opportunities.

Then inside of school we have to equalize access to high quality teachers, and we have to improve the training of our teachers, which other countries have done. We have to get a curriculum that is focused on high order thinking and performance skills instead of bubbling in on multiple choice tests. Our kids are definitely disadvantaged because they are never asked on our tests to do the kinds of things that PISA asks them to do and other countries teach them to do: more focus on skills of research and analysis, requiring writing, thinking and expressing your ideas.

Is there a fast track to fix this?

Many of the countries that were low achieving and are now high achieving made huge gains in a decade. We could make strong gains quickly if we could get focused. A couple of things need to happen. We need to end the practice of allowing people to teach without training. There are states like Connecticut and North Carolina which put in place reforms in the 1990s where they raised salaries for teachers, raised standards for teachers for entry, preparation, and licensing, put in place induction programs to measure good teaching with strong performance assessments as well as support. In a few years they went from teacher shortages to surpluses, improved the quality of the teaching force, and raised student achievement. One of the problems we have in the United States however is that we tend to focus, make progress, and then backslide. We're good innovators in terms of starting successful projects and programs in schools, but without the emphasis that is needed to maintain the system. 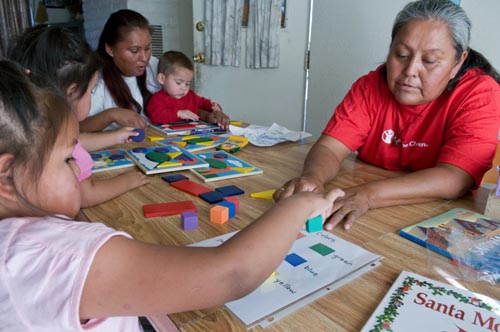 I believe the disconnect is a concern in the UK as well as the US. Too often policy makers and educators think about a curriculum that consists of the facts you need to know across your 12 years of school, and schools are asked to make sure that students learn those facts instead of being able to use knowledge for complex problem solving, or being able to collaborate effectively. We need to expand students' experiences to connect to the world out of school and we need to enable them to use technology to explore the world of ideas and to create new products. The change in mindset has to happen, first, at the governmental level, and it has to be reflected in student assessment. You see this change in mindset In places like Finland and Singapore where the governments are moving ahead with an idea about what schools should be doing to accommodate the kinds of jobs that are going to be available, the kinds of thinking and knowledge and creativity that are going to be needed. You do not see this change in mindset yet in the US. Nearly all of our curriculum is organized around multiple choice testing.

Is academic pressure creating a problem for the well being of students?

Human beings are learning creatures. From the minute human beings are born there is a drive to learn. The question is how do you build on that drive to learn in the school environment? When people are faced with challenges they feel are irrelevant, that drive to learn diminishes. Of course, children might not think they need to do some of what is needed to be a productive adult in a challenging world. However, so much of what we need to accomplish can be done in a way that is engaging, productive, and can combine the joy of learning and work.

I saw this vividly in two different classrooms that one of my children experienced in 1st grade. One was a school that was all about control. The kids could not talk or move. They were punished when they made a sound. It was an awful environment, so we moved her. She went into a new classroom where kids were being scientific in their spaces (their community, their school), doing stimulating projects, writing their own books and publishing them. All the kids were engaged, wanted to work hard, and learned about ten times more than in the rigid school. So part of the stress issue has to do with the way we are structuring the work in schools, because it is often at odds with the way people really learn. We need to rethink that and need to rethink the backward-looking testing systems that we currently use, which make people believe that is what you have to do in school.

How do you see the role of the arts and creativity?

I am a musician by training. The arts are important for their own sake for all of the things they develop in a human being: ways of being, ways of thinking, ways of expressing. We also know that the arts help kids learn other subjects like math and English. Our problem with this in the US is the narrow view of much of the policy community. It's not that schools or educators or parents don't see the value of the Arts. It's lack of awareness from the policymakers who have a narrow old factory model view that school is all about producing reading and math scores. The problem is worse in poorly funded schools.

We need a balanced vision of education where there is an appreciation for the whole person and for what it means to develop a human being. I wish I had a magic wand. My message to the policy community would be "wake up and smell the coffee."

In the US we have been on the opposite course of countries that have been succeeding educationally for at least the past ten years. The conversations in Washington are very remote from the conversations in everyday people's lives across the country. The politics are still very narrow. We need enlightened leaders who are willing to learn more about education internationally and at home. Let's think about what we want to achieve. Let's think about how we're going to get there. 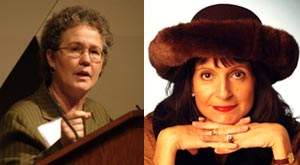